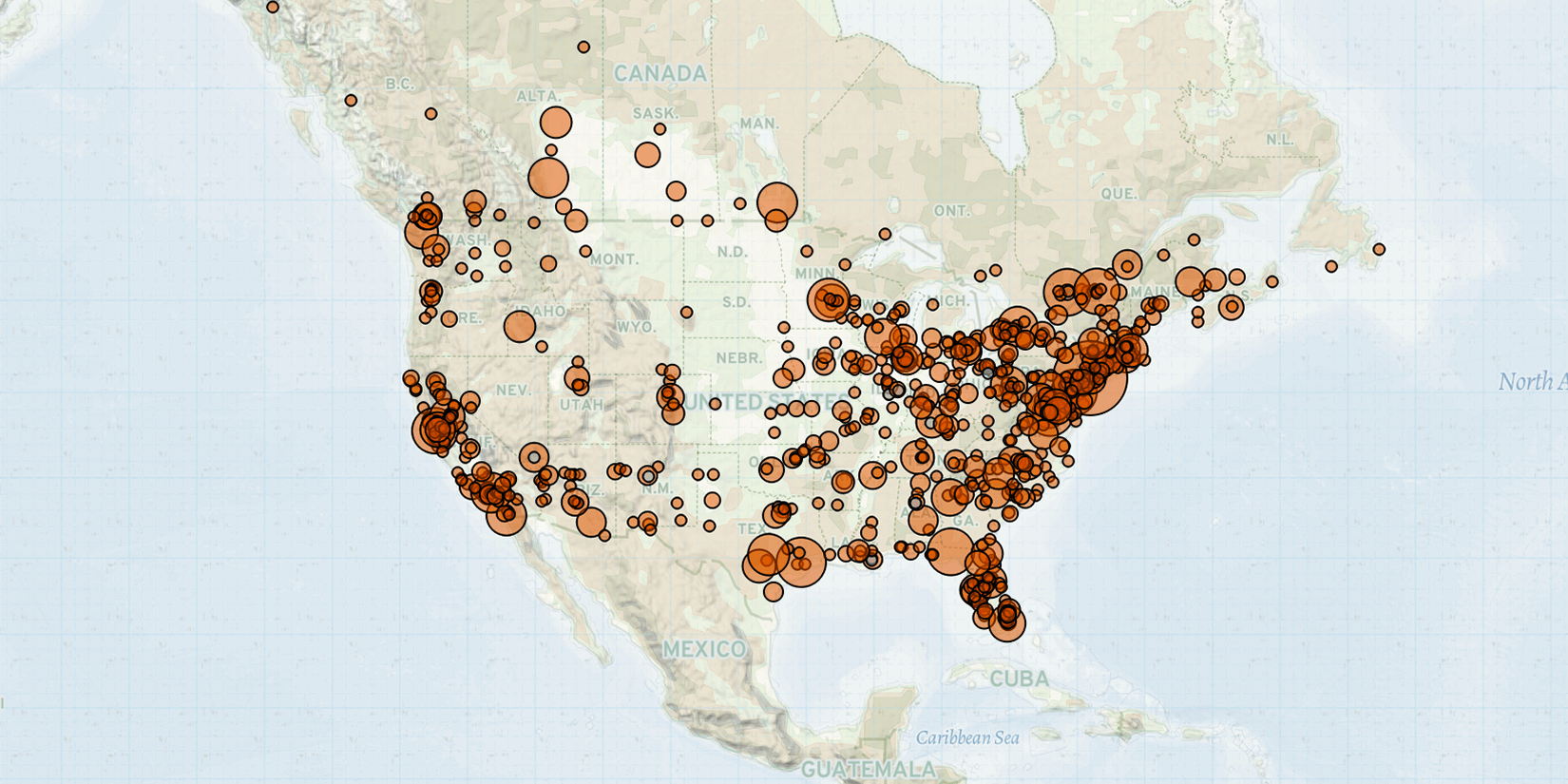 Demonstrations showing solidarity with Ukraine continued to dominate the protest landscape in the United States last week, taking place in at least 39 states and Washington, DC. Meanwhile, demonstrations supporting the LGBT+ community increased. Many of these demonstrations centered around Florida’s ‘Don’t Say Gay’ legislation, which aims to restrict school conversations about gender and sexuality, as well as a new Iowa law that bars transgender girls and women from participating in female sports (ABC, 7 March 2022; NBC, 3 March 2022).

Meanwhile, on 6 March, two people drove a stolen vehicle through a security checkpoint at Joint Base Andrews in Maryland, failing to respond to guards’ orders. After guards deployed barriers to halt the car, both intruders fled the scene — one, an armed teenager, was apprehended, while the other managed to escape. The incident occurred around the same time Vice President Kamala Harris and five Cabinet members returned to Joint Base Andrews after attending other engagements earlier that day (NBC, 7 March 2022).

The following day, on 10 March, police investigated a bomb threat and “possible armed suspect” at Santa Ana High School in Santa Ana, California, a Latinx-majority school (Orange County Register, 10 March 2022). The school was temporarily locked down, and police found no evidence that the threat was credible. This incident comes after a spate of bomb threats against Historically Black Colleges and Universities (HBCUs) and Black majority K-12 schools, some of which have a substantial Latinx student population.

Militia and militant social movement activity in the United States increased last week compared to the week prior. Veterans on Patrol (VOP) carried out patrols along the US-Mexico border in southern Arizona. During their patrols, they reportedly encountered more than 70 migrants, 21 of whom they claim to have turned over to the US border patrol. VOP did not specify further details with regards to the other migrants that they encountered. Elsewhere in Arizona, two militia groups held recruitment events: the Yavapai County Preparedness Team (YCPT) held a recruitment event on 5 March in Cottonwood, and the Maricopa County Preparedness Team (MCPT), which typically holds recruitments online, hosted an in-person recruitment event in Surprise on 8 March.

On 5 March, around 700 people, including Three Percenters (III%), gathered in Olympia, Washington to demonstrate against pandemic-related restrictions (Seattle Times, 5 March 2022). On the same day, members of the Proud Boys, at least one Boogaloo adherent, and supporters of QAnon participated in the ‘People’s Convoy’ — a ‘Freedom Convoy’ demonstration in Hagerstown, Maryland. On 6, 7, 8, and 10 March, the convoy drove from Hagerstown to Washington, DC, completed loops around the Capital Beltway, which surrounds the capital city, and returned to Hagerstown.

On 8 March, police arrested Enrique Tarrio, chairman of the Proud Boys, in Miami, Florida, for allegedly helping to plan the 6 January riot at the US Capitol. Tarrio was not physically present at the riots, however the Justice Department claims he conspired to “corruptly obstruct, influence, and impede an official proceeding, the certification of the Electoral College vote” (NPR, 8 March 2022).