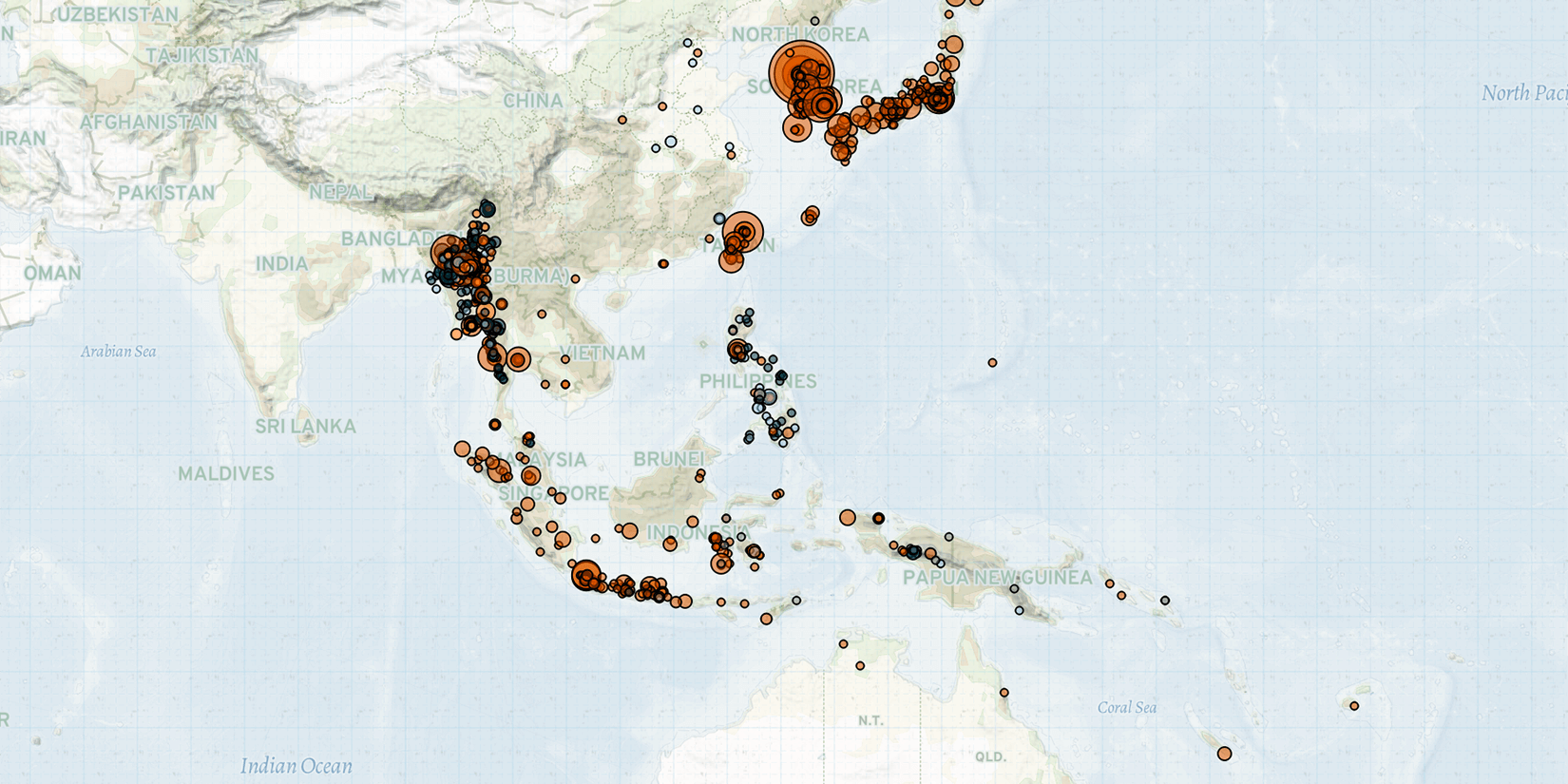 In Myanmar, the military clashed with the CDF, the CNF/CNA, and other local resistance groups in Chin state last week. Notably, on 15 March, military troops engaged in an hours-long clash with several joint resistance groups in Kanpetlet township. During the clash, the military deployed heavy artillery to support ground troops, forcing the coalition of resistance groups to retreat and abandon their brigade headquarters (Burma News International, 21 March 2022). The military subsequently occupied the command post on 16 March. Elsewhere, in Matupi township, a three-day battle broke out between the military and the joint forces of the ​​CNF/CNA and two CDF local chapters from 12 to 14 March. At least eight soldiers and one resistance group member were killed during the clashes.

In Sagaing region, on 15 March, prison guards shot and killed at least seven prisoners, including a detained member of Chin National Organization/Chin National Defense Force (CNO/CNDF) in a prison in Kale township. Twelve other prisoners were injured during the shooting. While the details of the event remain unclear, local independent media outlets report that prison guards fired at inmates following an altercation (Burma News International, 21 March 2022). The junta however claims that the shooting took place after 50 prisoners took three prison officers hostage and tried to escape (Myanmar Now, 16 March 2022). Violence in both Chin state and Sagaing region is both common and highly volatile; they are both considered areas of ‘extreme risk’ by ACLED’s Volatility and Predictability Index.

In Indonesia, ethnic Papuans continued to demonstrate last week against the proposed creation of new administrative provinces in Papua, with a demonstration turning deadly in Yahukimo regency, Papua province. In Dekai district, Yahukimo regency, police opened fire on demonstrators after demonstrators damaged and burned several buildings, killing two demonstrators. Peaceful protests against the creation of new provinces in Papua also took place throughout last week in Papua, Jakarta, and Sulawesi. Demonstrators claim that the creation of new provinces by the central government will not benefit the Papuan community, as it will give increased control to the central government, including over natural resources (Suara Papua, 18 March 2022). Demonstrators also demand an end to human rights violations and the withdrawal of military forces from Papua (Suara Papua, 18 March 2022).

Meanwhile, several demonstrations were also held in favor of the creation of new provinces in Papua. On 17 March, members of the nationalist Red White Front held a rally in Jakarta,  demanding that authorities take action against separatist groups. In Sorong, West Papua province, a group of ethnic Papuans demonstrated to demand the creation of a Southwest Papua province in addition to three other new provinces planned by authorities. Demonstrators claim that they have been demanding autonomy for Southwest Papua for 19 years. Over the past month, ACLED’s Subnational Surge Tracker warned that violence could increase in Papua.

Meanwhile, religious tensions continue to prompt demonstration activity in the country. Muslim groups continued to demonstrate across the country to demand the resignation of Minister of Religion Yaqut Cholil Qoumas, in response to a ministry circular proposing noise limits for mosque loudspeakers (Tribunnews, 16 March 2022). Additionally, in Pekanbaru, Riau province, a group of Muslim people protested in front of the house of a person who complained about a nearby mosque loudspeaker. The resident had claimed that his sick baby could not rest because of the volume of the loudspeaker (Kompas, 18 March 2022). In Palembang, South Sumatra province, dozens of Muslims protested to demand punishment for a Christian priest, accusing him of committing blasphemy against Islam. The priest recently stated that the Ministry of Religion should remove 300 verses from the Quran that he claimed could potentially trigger radicalism and intolerance (Tribunnews, 18 March 2022).

In the Philippines, a number of protests were held last week in response to a drastic increase in fuel prices and resulting inflation. The transport group PISTON held a protest on 14 March in Quezon, while fisherfolk held protests at coastal communities in Laguna de Bay and Manila Bay on 15 March. Demonstrators have been calling for the suspension of excise taxes on oil and petroleum products and other government actions to alleviate the economic pressure of skyrocketing fuel prices, largely attributed to the current war in Ukraine (Rappler, 14 March 2022; Rappler, 20 March 2022).

In Australia, demonstrations against COVID-19 restrictions erupted last week amid the extension of COVID-19 emergency powers. The amendment to the Public Health Act, which was due to expire on 30 April 2022, has been extended to 31 October 2022 (Sky News, 14 March 2022). Following the decision, thousands of people gathered and chanted ‘block the bill’ outside the parliament house in Brisbane, condemning the extension of the COVID-19 emergency powers for the chief health officer (Courier Mail, 15 March 2022). In Canberra, hundreds of people also gathered and marched to the parliament house on 16 March (Brisbane Times, 16 March 2022). Similarly, in New Zealand, more than 1,000 people, organized by Freedom and Rights Coalition, gathered and blocked streets in Christchurch for a rally against COVID-19 vaccine mandates on 12 March (Stuff, 12 March 2022).

In Papua New Guinea, nine tribal militias signed a peace agreement on 13 March, bringing an end to a three-year conflict in Sugu Valley, which left 30 people dead and displaced thousands of locals (Loop PNG, 17 February 2021). The tribal conflict was initially caused by a brawl among youths in different tribes in 2019, but became a larger conflict between the coalitions of nine tribes including the Perepe, Wambe, Lauwere, Kambiya, Rearepa, Koyari, Ya’ala, Hurupa, and Yatupa.