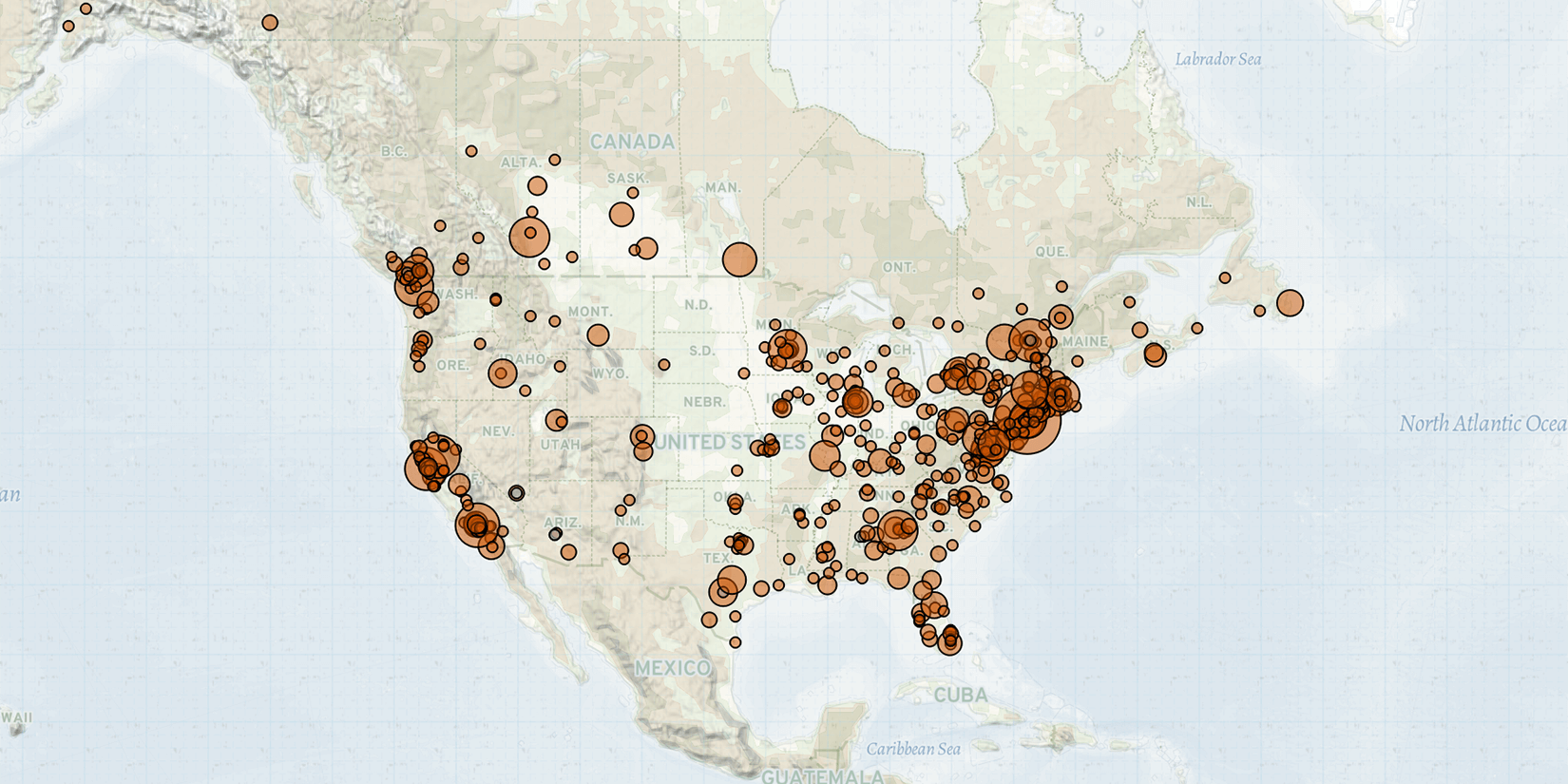 In Canada, an 8 April demonstration by Acadia Toyota workers in Moncton, New Brunswick, was interrupted when a driver in a Toyota vehicle rammed through the picket line, striking three members of the Unifor union and causing minor injuries. Meanwhile, demonstrations involving environmental groups increased significantly last week, making up the second-largest share of demonstration events. Extinction Rebellion (XR) organized the majority of these events, with demonstrations against old-growth logging in British Columbia and the construction of an oil pipeline on Wet’suwet’en First Nation land. XR demonstrators participating in the group’s Save Old Growth campaign blocked traffic at several locations in British Columbia, leading to arrests. Driven by these arrests, last week marked the highest number of protests with police intervention in Canada since the end of September 2021, when similar demonstrations against the pipeline on Wet’suwet’en land were held (National Observer, 8 February 2022).

Ongoing LGBT+ rights demonstrations have come amid multiple anti-LGBT+ acts of violence in recent weeks, including an arson attack on an LGBT+ club last week. On 3 April, an unknown perpetrator doused an LGBT+ club in Brooklyn, New York, in gasoline and set it on fire while people were inside the building. The arson attack resulted in the hospitalization of two club workers and extensive fire damage (The Guardian, 8 April 2022).

Last week, at least four grade schools with significant racial minority student populations faced bomb threats in the United States. These threats were issued against elementary, middle, and high schools with Black and Latinx majorities in Mississippi, Tennessee, Alabama, and Virginia. Although no connection has been established, these bomb threats follow a series of similar threats against Historically Black Colleges and Universities (HBCUs) and Black-majority educational institutions since January 2022.

Reported militia and militant social movement activity decreased slightly last week, though militia groups continued to conduct trainings, recruitment events, and patrols. Around 2 April, Veterans on Patrol (VOP) conducted a patrol along the US-Mexico border in southern Arizona near Sasabe. The group claimed to have detained a migrant during the patrol who they later handed over to US Border Patrol. On 2 April, the Verde Valley Preparedness Team and the California State Militia’s Echo Company held recruitment events in Cottonwood, Arizona and Mariposa, California, respectively.

On 3 April, Proud Boys dropped a banner with negative rhetoric against President Joe Biden and vaccines on an overpass in Sacramento, California. Meanwhile, on 5 April, members of Faith, Education, Commerce (FEC) and several conservative state representatives gathered on the steps of the Colorado State Capitol in Denver to demonstrate against the results of the 2020 presidential election.

Elsewhere, on 2 April, members of the Proud Boys, Washington State III%ers, and the white supremacist Groypers counter-demonstrated against a group of people dressed in black bloc as they protested outside the ‘ReAwaken America’ conference in Keizer, Oregon.