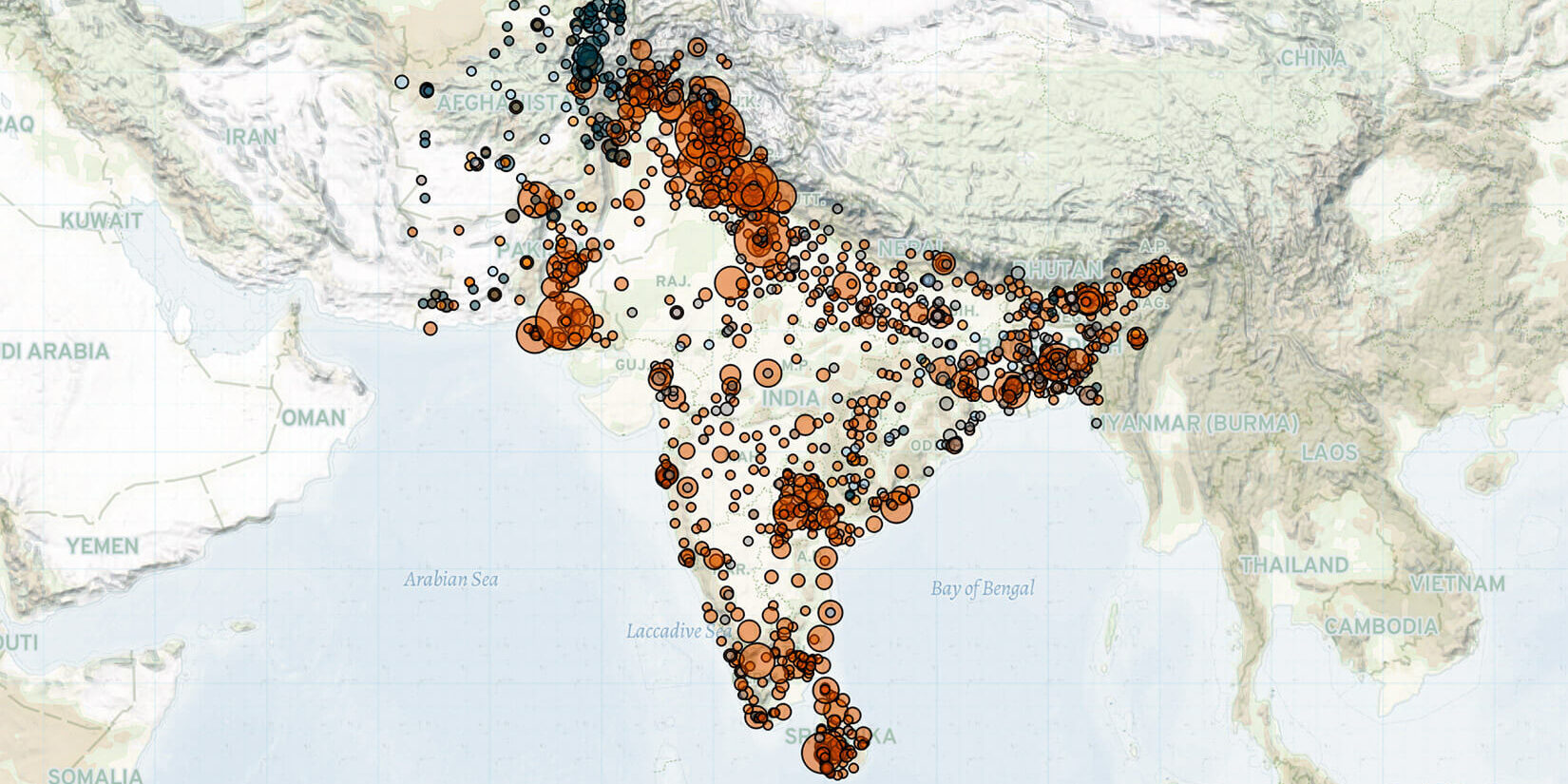 Last week in South Asia and Afghanistan, Taliban forces launched operations in northern Afghanistan targeting the National Resistance Front (NRF), while the Afghanistan Freedom Front (AFF) and the Islamic State (IS) continued attacks on the Taliban. Along the Afghanistan-Pakistan border, dozens of Afghan civilians were killed in airstrikes by the Pakistani military. In Pakistan, Baloch separatists clashed with security forces in Balochistan province, while Tehreek-i-Taliban Pakistan (TTP) continued to target security forces and civilians in Khyber Pakhtunkhwa. Meanwhile, supporters of the Pakistan Tehreek-i-Insaf (PTI) held nationwide demonstrations against the removal of the PTI government. In India, security forces continued operations against militants in Jammu and Kashmir (J&K), while communal clashes broke out between Hindu and Muslim groups across several states. In Sri Lanka, anti- and pro-government demonstrations were held amid the country’s worst economic crisis in decades.

In Afghanistan, clashes between the Taliban and the NRF increased last week as the Taliban launched operations targeting the NRF in Baghlan and Badakhshan provinces, killing at least seven NRF members. The NRF claimed to have caused over a dozen Taliban fatalities in the clashes (Shafaqna, 12 April 2022). The NRF also attacked the Taliban in Balkh, Panjshir, Jowzjan, and Takhar provinces and claimed to have killed a Taliban intelligence member in Kabul city on 13 April (Twitter @Resist_Ahmad, 13 April 2022).

Meanwhile, in Takhar province, Taliban forces engaged in internal clashes in Baharak and Chahab districts, resulting in at least nine fatalities. While the exact reason for the infighting remains unknown, locals in Chahab claimed that Taliban forces from the Uzbek and Pashtun ethnic groups fought against a Tajik Taliban commander (Hasht-e Subh, 11 April 2022) (for more information on Taliban infighting and the latest disorder trends in Afghanistan, see this joint ACLED and Afghan Peace Watch report). These trends contribute to the 110% increase in violence in Takhar last week relative to the past month flagged by ACLED’s Subnational Surge Tracker. The Subnational Tracker first warned of increased violence to come in Takhar in the past month.

Elsewhere, the AFF continued to expand its activities into new provinces, targeting Taliban forces in Nuristan and Daykundi for the first time last week. IS also targeted Taliban forces with two explosions in Kabul city, injuring at least one Taliban member.

Separately, Pakistani military forces carried out airstrikes along the Durand Line – the Afghanistan-Pakistan border – last week for the first time since the Taliban took power in August 2021. Taking place overnight on 15 April, airstrikes in Kunar, Paktika, and Khost provinces killed at least 45 civilians. While the Pakistani government did not confirm the airstrikes, it stated that it had recently asked the Taliban to secure border regions from militant groups active in Afghanistan (New York Times, 17 April 2022). Prior to this, ACLED last records Pakistani airstrikes in Afghanistan in 2018. The Pakistan military also opened fire across the border on vehicles in Nimruz province last week, killing an Afghan civilian. The killing triggered a protest in the area, with Pakistani forces shooting at protesters and wounding eight Afghan protesters. Pakistani military activity has increased along the Durand Line since the Taliban took power in August 2021.

Elsewhere, in northwestern Pakistan, TTP militants increased attacks against security forces in Khyber Pakhtunkhwa province last week. The TTP targeted security forces and civilians with grenades and remote explosives, with multiple fatalities reported across separate attacks in a number of districts in the province. ACLED’s Subnational Surge Tracker first warned of increased violence to come in Khyber Pakhtunkhwa in the past month.

Meanwhile, PTI supporters held demonstrations across the country last week after parliament deposed the PTI-led government through a successful vote of no-confidence in the then Prime Minister Imran Khan on 9 April (Al Jazeera, 9 April 2022). While the majority of demonstrations remained peaceful, clashes between demonstrating PTI activists and Jamiat Ulema-e-Islam-Fazl (JUI-F) activists broke out in Lower Dir district of Khyber Pakhtunkhwa province when PTI activists attacked a JUI-F-affiliated seminary. The vote of no confidence comes after opposition parties launched protests against Khan’s government last month, accusing it of corruption and mismanagement of the country (Al Jazeera, 27 March 2022).

In India, security forces continued operations against militant groups in J&K last week, including the Jaish-e-Mohammad (JeM) and the Lashkar-e-Taiba (LeT). Multiple fatalities were reported across separate clashes in a number of districts. Meanwhile, militants targeted minority groups and a sarpanch (local government head), killing at least two people across separate attacks. Violence involving armed militant groups contributed to the 29% increase in violence in India last month relative to the past year flagged by ACLED’s Conflict Change Map, which first warned of increased violence to come in the country in the past month.

Elsewhere in India, communal clashes broke out between Hindu and Muslim groups across several states last week during processions marking the Hindu festival of Ram Navami on 10 April. At least two fatalities and multiple injuries were reported across separate clashes in Bihar, Gujarat, and Odisha states. Communal clashes contributed to significant increases in violence in these states over the past month relative to the past year; ACLED’s Subnational Threat & Surge Tracker first warned of increased violence to come in all three states last month.

In Sri Lanka, both anti- and pro-government demonstrations were held across the country last week amid the ongoing economic crisis. Anti-government protesters continued to demand the resignation of President Gotabaya Rajapaksa, while supporters of the president staged counter-demonstrations and, in some instances, attacked anti-government protesters. As Sri Lanka continues to face one of its worst economic crises in recent decades (DW, 28 March 2022), the government announced that it would seek a loan of up to $4 billion from the International Monetary Fund (IMF) to help import essentials and pay creditors (Al Jazeera, 18 April 2022).