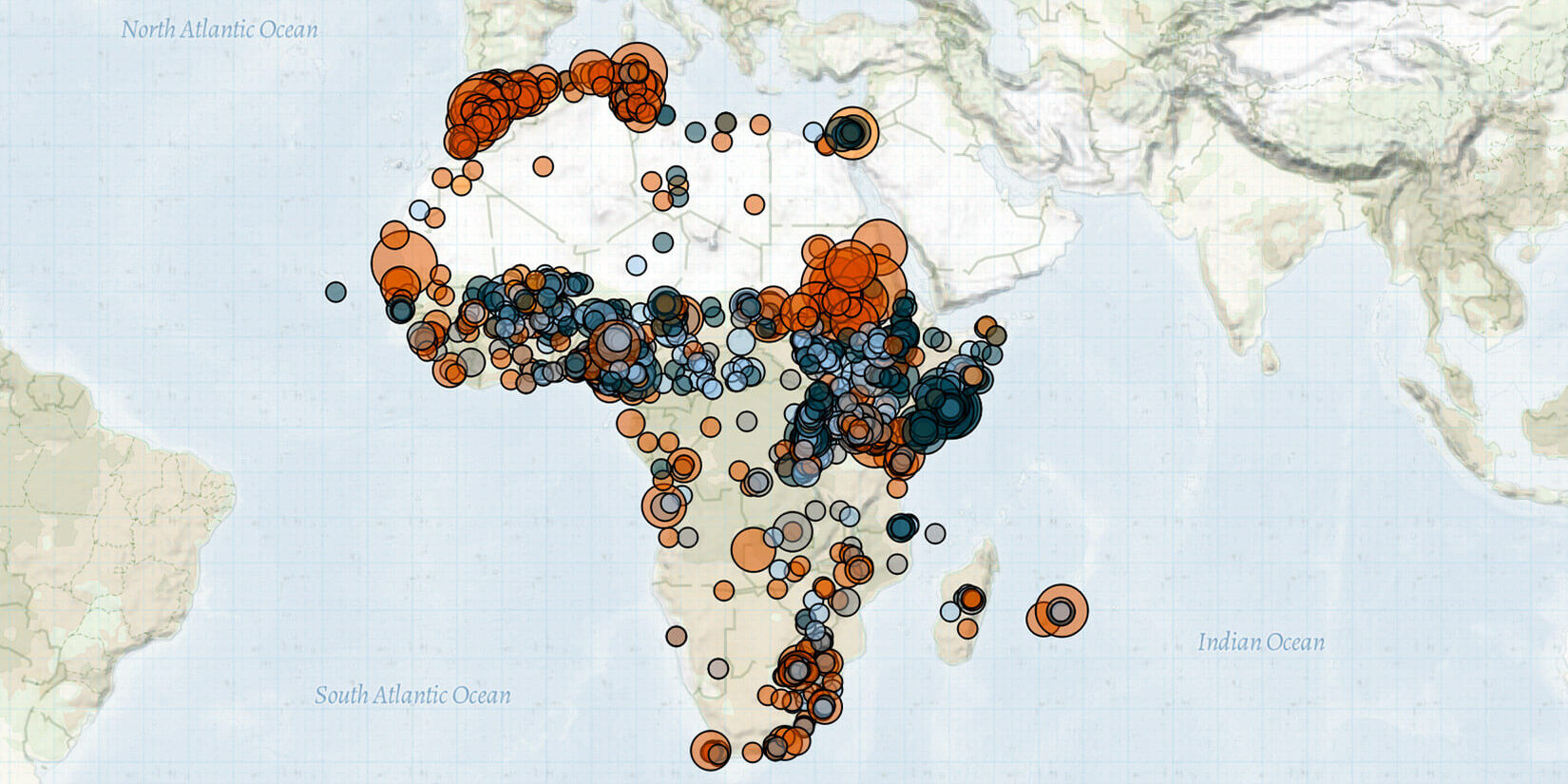 Last week in Africa, Burkinabe and Nigerien joint operations caused dozens of fatalities among Islamist militants; a rare attack by the Islamic State in southern Libya; armed violence against civilians forced hundreds to flee in the DRC; and escalating fighting left many killed in Sudan.

In Burkina Faso, violent events were highest in the Sahel region as military forces conducted airstrikes and ground offensives against Islamist militants of both the Al Qaeda-affiliated Jama’at Nusrat al-Islam wal-Muslimin (JNIM) and the Islamic State Sahel Province (IS Sahel). The joint offensives coordinated by Burkinabe and Nigerien militaries, called ‘Taanli 3’, resulted in dozens of fatalities among suspected JNIM militants in the Yagha Province. Nigerien forces also killed numerous suspected JNIM militants in the neighboring Torodi department in Niger as part of the same joint operation. In addition, JNIM looted and destroyed property in Gourma and Gnagna provinces of the Est region and Sanmatenga province of the Center-North region. In Banwa and Yatenga provinces, JNIM attacked police stations and the gendarmerie, with further clashes against Volunteers for the Defense of the Homeland (VDP) in Bam, Kompienga, and Loroum provinces.

Violence concentrated in the Mopti region of Mali, with JNIM being the most active actor. Islamist militants twice attacked communal transport buses and abducted civilians on the Bandiagara-Bankass road, also using IED explosives in the Douentza circle. One of those IED attacks near Hombori triggered a retaliatory assault by the Malian military and Wagner Group, resulting in several deaths among the Tuareg and Fulani communities and hundreds of arrests. Elsewhere, French Operation Barkhane forces relinquished control of the Gossi military camp to Malian government forces in the Tombouctou region. Malian troops and Wagner Group accused the French military of leaving a mass grave near the military base, which France denied as disinformation (RFI, 22 April 2022).

In Egypt, levels of violence remained high between militants of the Islamic State and pro-government tribal groups in the North Sinai region. Islamist militants clashed with members of the Union of Sinai Tribes and Union of Sinai Mujahideen tribal armed groups involved in military-supported operations since December 2021 (Al-Monitor, 3 January 2022). This violence contributed to the 59% increase in violence in Egypt last month relative to the past year flagged by ACLED’s Conflict Change Map.

In Libya, demonstrators shut down the El Sharara oil field and the oil port of Brega, calling on the Government of National Unity to step aside in favor of the government led by Fathi Bashagha. In the Murzuq province, a rare Islamic State attack involved an IED explosive targeting the Haftar-affiliated Tariq Ibn Ziyad Brigade.

In the Democratic Republic of Congo (DRC), violent events peaked in Ituri province, leading to widespread displacement. A joint operation between FARDC, Ugandan forces (UPDF), and peacekeepers (MONUSCO) took control of ADF strongholds in the Mount Hoyo area following aerial and ground offensives. Moreover, factions of the Cooperative for the Development of the Congo (CODECO) attacked and killed many civilians in Djugu territory. In Aru territory, communal violence erupted over a boundary dispute, leaving numerous fatalities. Violent events in Ituri province tend to comprise a quarter of the total events in DRC, rising to nearly half of the total disorder last week. Lastly, peace talks between the DRC government and armed groups started in Nairobi but renewed fighting in Rutshuru territory led to the expulsion of the March 23 Movement (M23) representatives after the first day (Africa News, 25 April 2022).

In Kenya, supporters from several political parties disrupted voting in primaries, discontent with missing names from registers, methods used for selecting candidates, and voting irregularities. In neighboring Somalia, Al Shabaab militants clashed with government and international forces, with a 186% increase in violence in the Bakool region as flagged by ACLED’s Subnational Surge or Threat Tracker. Militants claimed attacks on government officials at the Villa Hargeisa complex in Banadir and near Xaanshooley village in Middle Shabelle, leaving two officials injured and two soldiers killed. A suicide bombing left four people killed in Mogadishu during a meeting between a police commander and members of Dhulbahante clan. Special forces carried out operations against Al Shabaab militants at hideouts in Galgaduud and Mudug in Galmudug state, with forces regaining multiple territories.

In Sudan, presumed Rizeigat armed pastoralists clashed with a Masalit militia in Kreinik town in the volatile West Darfur state. The fighting followed an attack against pastoralists, with clashes escalating to other parts of the state, leaving scores killed and thousands displaced (Al Jazeera, 24 April 2022). An increase of 126% in violence in West Darfur was flagged by ACLED’s Subnational Threat Tracker. In South Sudan, violence continued within Unity state, with suspected youth from Leer county accused of attacking civilians in Mayendit county. Ongoing violence by armed youth militias in Leer, Mayendit, and Koch counties resulted in dozens of fatalities in recent months (UNMISS, 25 April 2022), likely a proxy war between the government and Sudan People’s Liberation Movement – In Opposition (SPLM-IO) rebels, with forces from the SPLM-IO Kitgweng faction expanding their presence at the expense of SPLM-IO rebels loyal to Riek Machar (Juba Echo, 14 February 2022). In Upper Nile state, government forces and SPLM-IO rebels accused each other of attacks in Maban county. The leader of SPLM-IO Kitgweng recalled his advance team from Juba due to delays in the implementation of the Khartoum Peace Agreement and the exclusion of Kitgweng forces in recent appointments for senior security positions (Radio Tamazuj, 19 April 2022), in a move that portends further instability in Unity and Upper Nile states.