Russian forces focused operations on the Donbas region last week, where Russia has been supporting separatist armed formations since 2014 (Hromadske 18 April 2022). More than half of all political violence events in Ukraine last week were recorded in Donbas, where the city of Mariupol remains under siege. In Mariupol, Ukrainian forces continued to fight from their positions in the Azostal plant, despite a Russian ultimatum to surrender (USA Today, 21 April 2022). Alongside Ukrainian soldiers, about 1,000 civilians are trapped in the Azovstal plant, as Russia refuses to facilitate the opening of humanitarian corridors (Hromadske, 25 April 2022).

Heavy fighting continued in the southern regions of Ukraine as well last week. While fighting was mostly centered in the Zaporizhia region, clashes were also recorded in the Kherson and Mykolaiv regions, where Russian forces occupy territories that link the Donbas region with occupied Crimea. 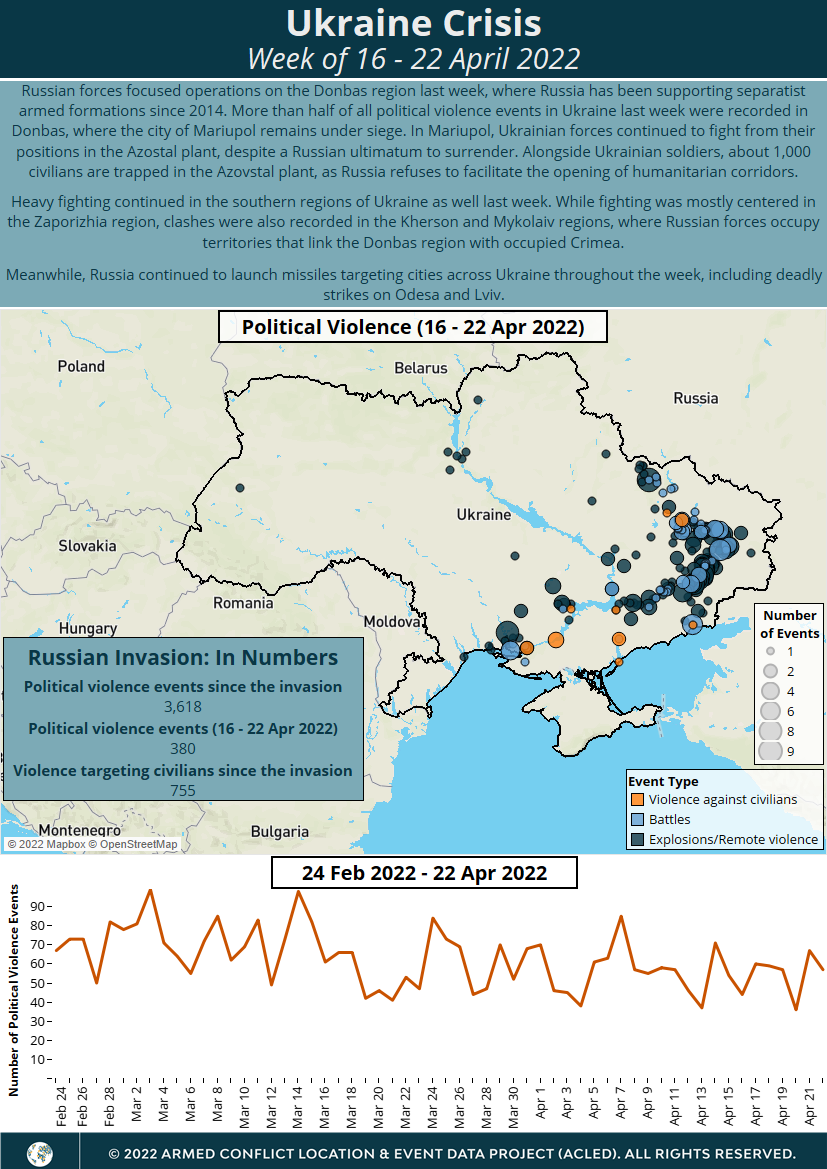