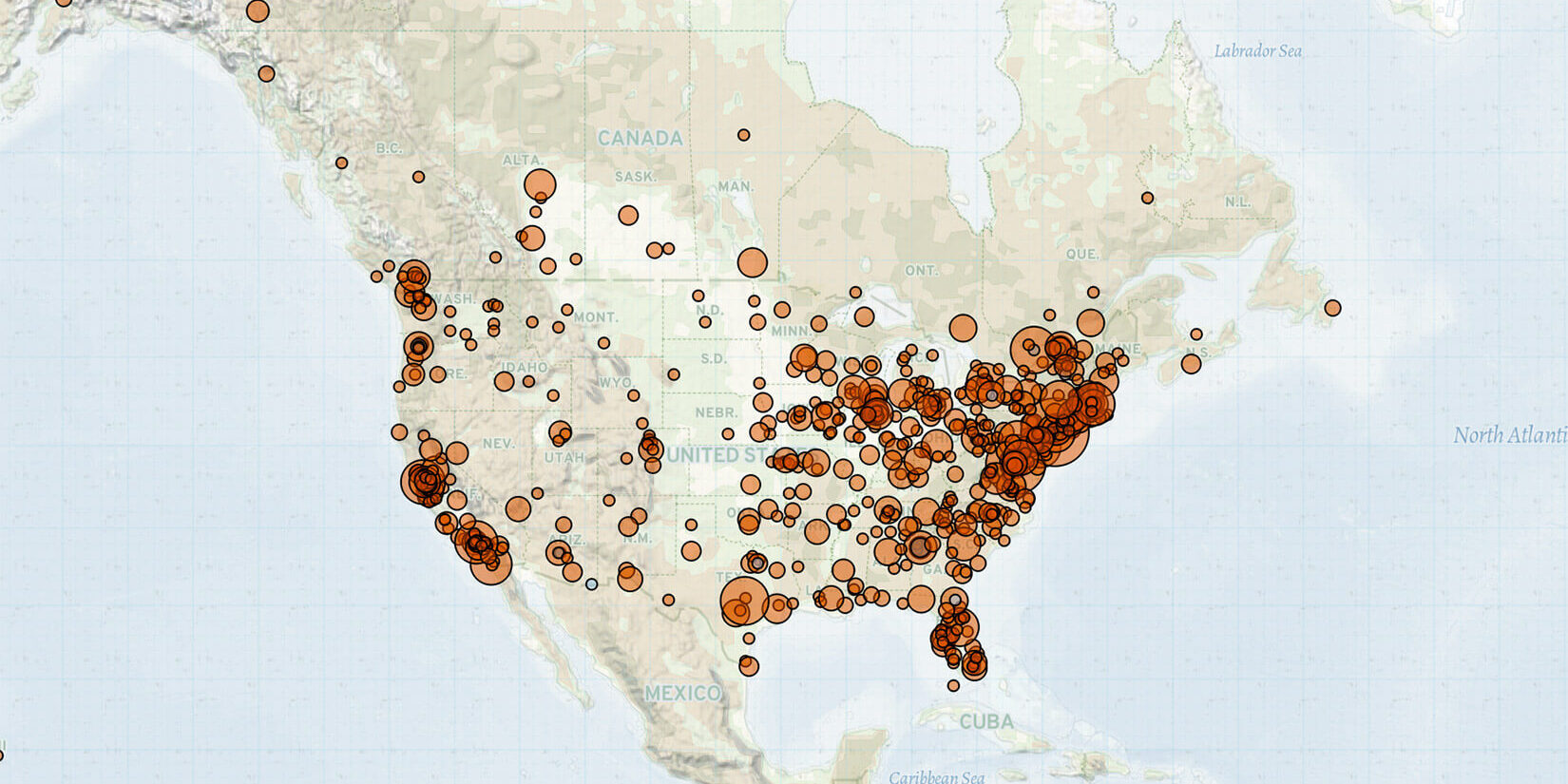 In Canada, demonstration events in support of Ukraine continued last week, taking place in at least four provinces. Meanwhile, labor events calling for improved working conditions continued to make up a large share of demonstrations last week. In Alberta, health workers led demonstrations against government cuts to healthcare services in several cities last week. Demonstrations in opposition to Quebec’s Bill 96, which aims to reform the province’s French-language policies and includes new education and immigration requirements for French language proficiency, occurred in multiple cities in Quebec. In the North York area of Toronto, Ontario, two people demonstrating against a provincial law capping annual salary increases sustained injuries during a scuffle with police, who attempted to remove them for blocking a road outside the TVO building during a provincial leaders’ debate (CP24, 19 May 2022).

Meanwhile, several mass shootings occurred in the United States last week. On 14 May, a heavily armed white gunman shot and killed 10 Black people and injured three other people in a mass shooting at a Tops Friendly Market in Buffalo, New York. The attack appears to have been motivated by white supremacist ideology, and the supermarket was located in a predominantly Black area, apparently chosen with the intent to target the Black community. Authorities are investigating a 180-page ‘manifesto’ reportedly posted in advance of the attack by the gunman, in which the author self-identifies as a “white supremacist” and “fascist” (New York Times, 16 May 2022). The ‘manifesto’ cites the 2019 Christchurch and 2015 Charleston church attacks as inspiration for the shooting, which the perpetrator also live-streamed on the Twitch social media platform (Los Angeles Times, 15 May 2022).

Additionally, a Taiwanese-American man shot and killed one person and injured five others at the Great Presbyterian Church in Laguna Woods, California, on 16 May. The gunman targeted members of the Irvine Taiwanese Presbyterian Church, which was holding its weekly Sunday service. Several members of the church disarmed the perpetrator and pinned him to the ground until police arrived, after which the man was arrested. Authorities say the suspect chained and superglued the church doors shut, while several unused Molotov cocktails were found at the scene (New York Times, 16 May 2022). According to Taiwanese media sources, the gunman has ties to a Chinese-backed group opposed to Taiwanese independence from mainland China, and the FBI confirmed that a federal hate crimes investigation into the attack is underway (Los Angeles Times, 15 May 2022).

Meanwhile, multiple suspected hate crime incidents in which people were targeted for their race or religion also occurred last week, contributing to the 33% increase in political violence events in the United States over the past month relative to the weekly average for the past year flagged by ACLED’s Conflict Change Map. On 19 May, a woman attempted to set a Brotherhood Synagogue on fire by throwing a lit book and a lit piece of cloth through a locked metal gate in Manhattan, New York, in what police believe was a hate-motivated attack (NBC New York, 21 May 2022). Meanwhile, on 15 May, a white man assaulted a Black woman while shouting racist remarks at a gas station in the Arlington neighborhood of Jacksonville, Florida, leaving her bruised and scarred (News4Jax, 19 May 2022).

While far-right militia and militant social movement activity in the United States decreased last week compared to the week prior, far-right militias held multiple recruitment events in Arizona. On 14 May, the Verde Valley Preparedness Team held a recruitment and public information session in Cottonwood, as did the Chino Valley Preparedness Team, which held a similar meeting in Chino Valley.

Openly white supremacist groups were also active last week. On 14 May, a small group of people held a White Lives Matter (WLM) demonstration in Danville, California. The WLM California group claimed to have organized the event as part of monthly nationwide WLM days of action (SFist, 17 May 2022). In Mesa, Arizona, several WLM banners were placed over a highway overpass. The same day, WLM supporters joined III% adherents, AZ Patriots, Proud Boys, and at least one Groyper in an armed ‘pro-life’ demonstration which took place opposite a larger ‘pro-choice’ rally in Phoenix, Arizona.