Fighting continued last week in eastern and southern Ukraine. In the Luhansk region, Russian forces occupied most of Severodonetsk but were pushed back in some areas following successful counterattacks by Ukrainian forces (Wall Street Journal, 5 June 2022). The capture of Severodonetsk is an important objective for Russian forces, potentially paving the way for securing full control of the Luhansk region (Washington Post, 7 June 2022). Intense fighting also continued across the Donetsk region, with both sides claiming to have inflicted significant losses on their opponent (24 Channel, 1 June 2022; Armed Forces of Ukraine, 29 June 2022; Izvestia, 2 June 2022).

Ukrainian forces claim to have pushed back the Russian Black Sea fleet more than 100 kilometers from the coast in operations to ease the blockade of Ukrainian seaports (Ukrinform, 6 June 2022). Since the start of the full-scale invasion, the Russian blockade has contributed to global food supply disruptions, including growing food insecurity in African countries that largely depend on Ukrainian and Russian wheat (The Guardian, 31 May 2022). 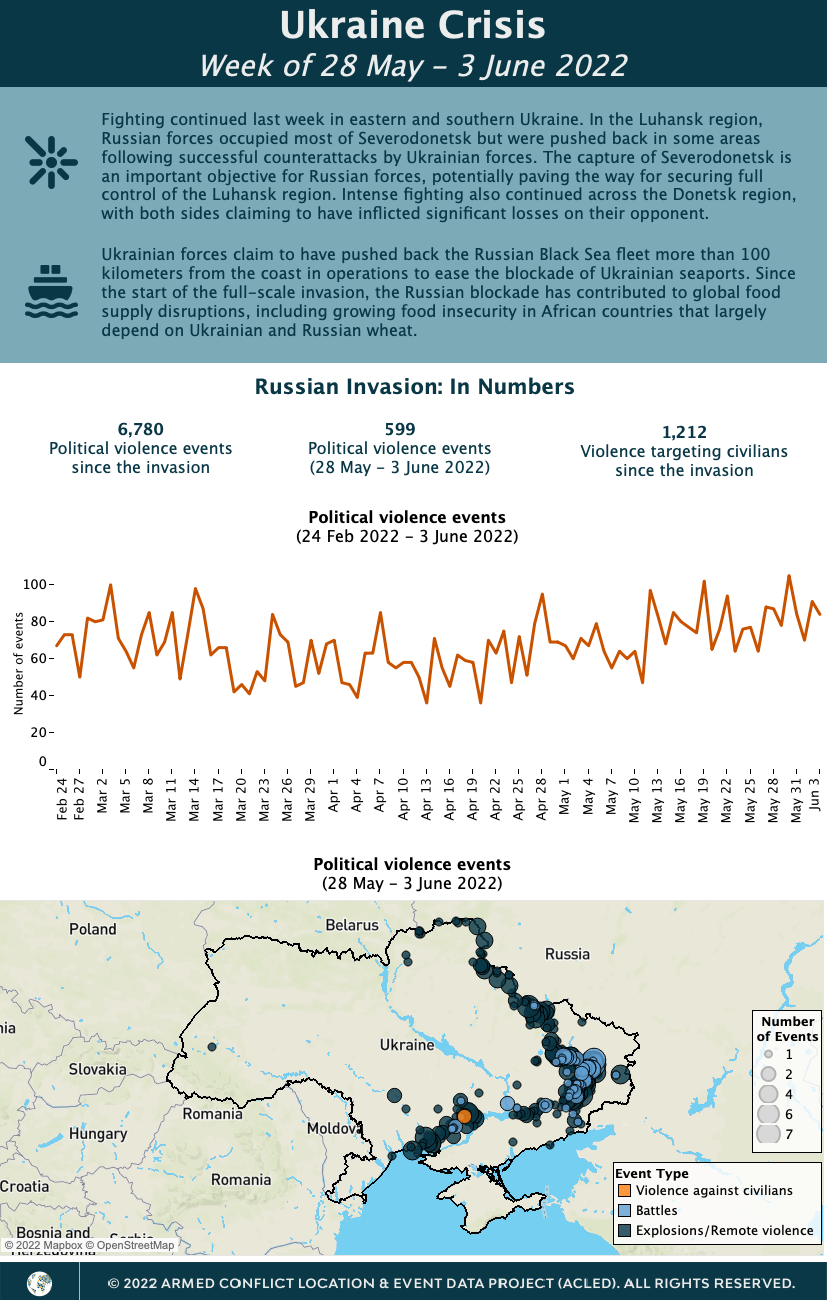