Ukrainian forces claimed minor territorial gains around the Izium district of the Kharkiv region, but lost control of several settlements in the Bakhmut district of the Donetsk region. Amid recent successful Ukrainian counteroffensive operations outside Donbas, Russia began transferring more troops from the Donetsk region to the Kherson and Zaporizhia regions (ISW, 4 August 2022).

Russian forces also continued to target civilian infrastructure last week, killing over 20 civilians in the Donetsk, Dnipropetrovsk, Kharkiv, Kherson, Mykolaiv, and Sumy regions. Abductions of civilians also continued, with Russian forces abducting a government official and a school director in the Kherson region. Following a successful Ukrainian strike in the Brylivka area in the Kherson region, Russian forces also reportedly forced civilians living close to a local railway station to relocate. Ukrainian sources claim that the displacement of these civilians was likely related to concerns that they would inform Ukrainian forces of the movement of Russian military equipment (Center for Strategic Communications, 5 August 2022; 24 Channel, 3 August 2022). 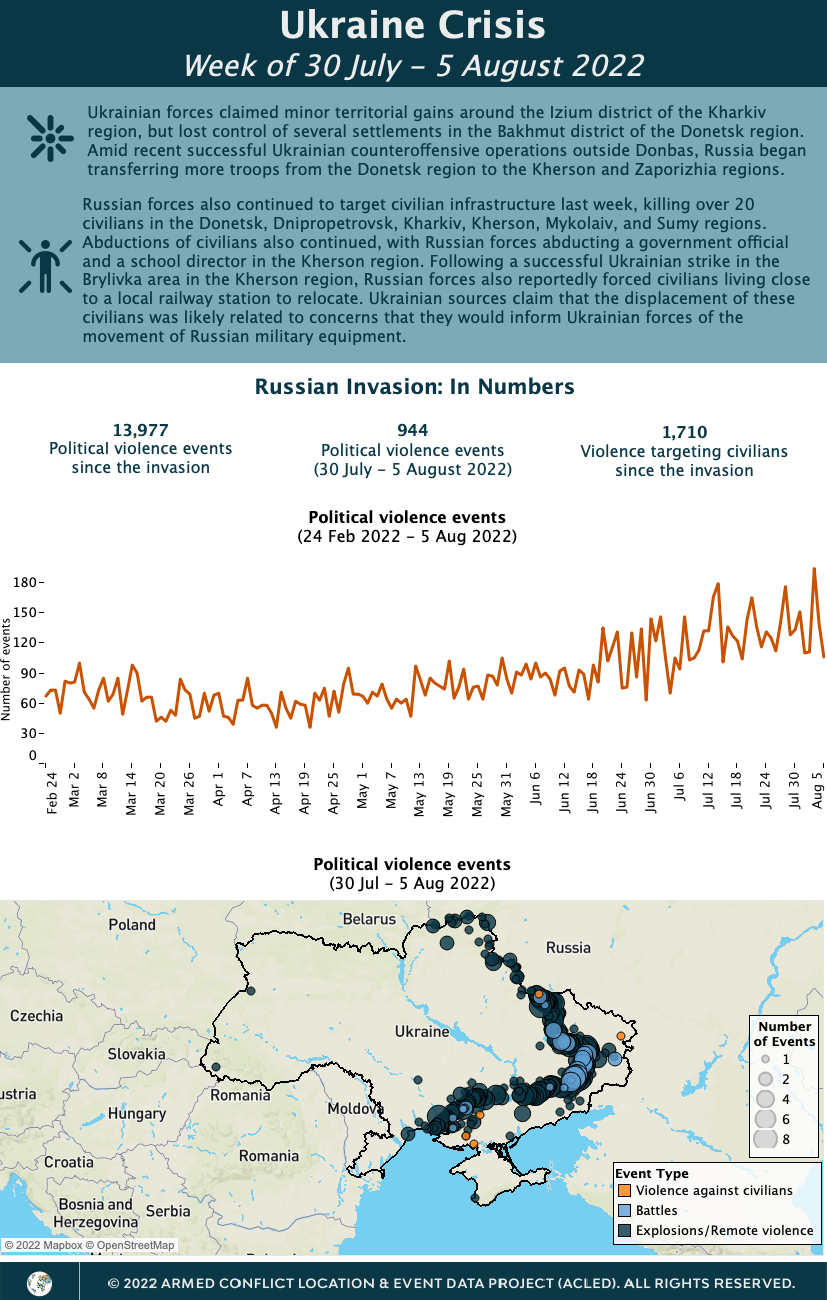