On 1 October, Ukrainian forces liberated the strategic town of Lyman in the Donetsk region, which Russia had used as a logistics and transport hub for its military operations in northern Donbas (The Guardian, 2 October 2022). Ukrainian forces also continued to advance in the Kharkiv region, wresting control of several settlements around Kupiansk and Borova, and closing in on the administrative border with the Luhansk region. The Ukrainian military command also announced the reclamation of over a dozen towns in the Beryslavskyi district of the Kherson region. 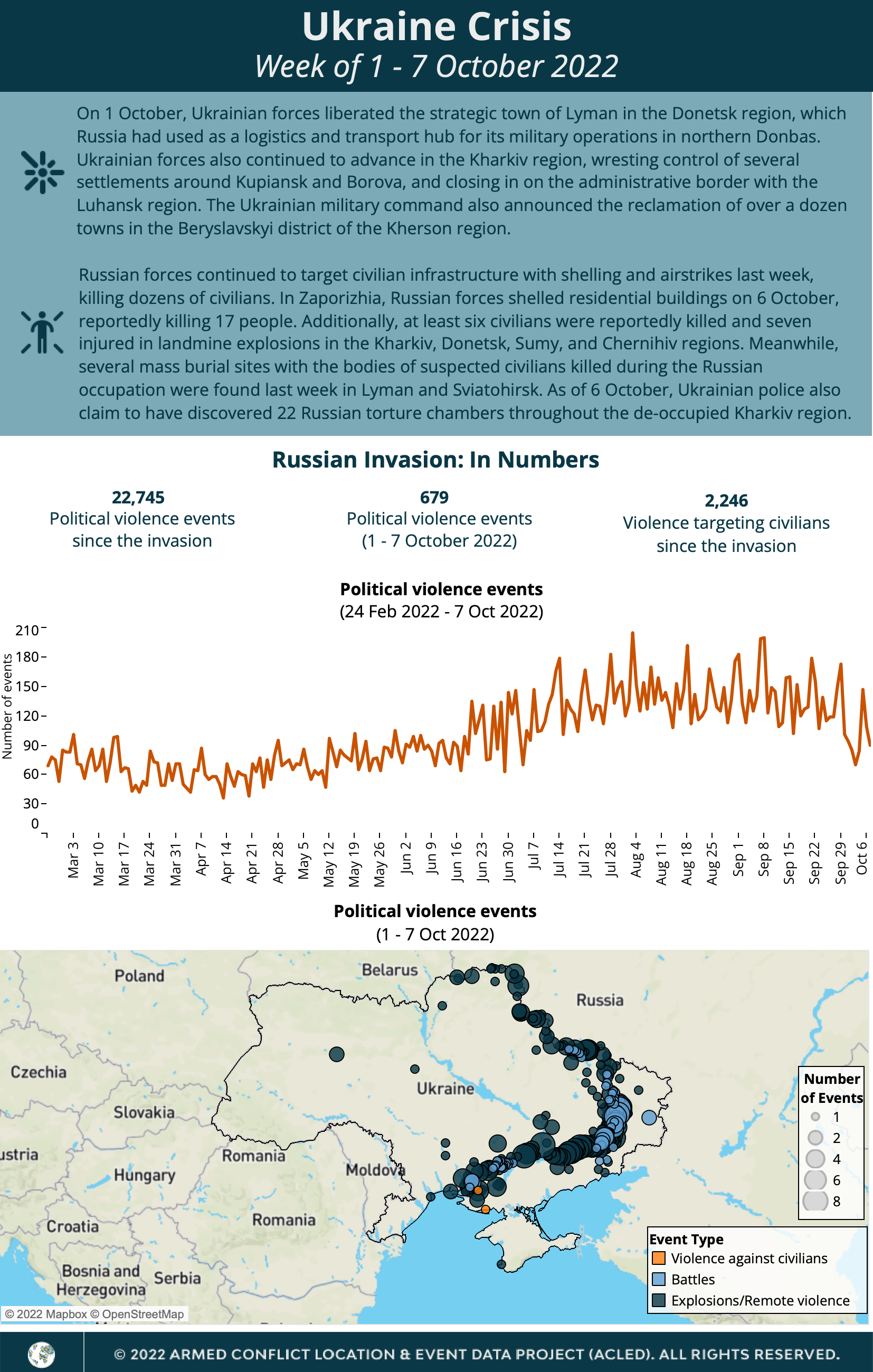