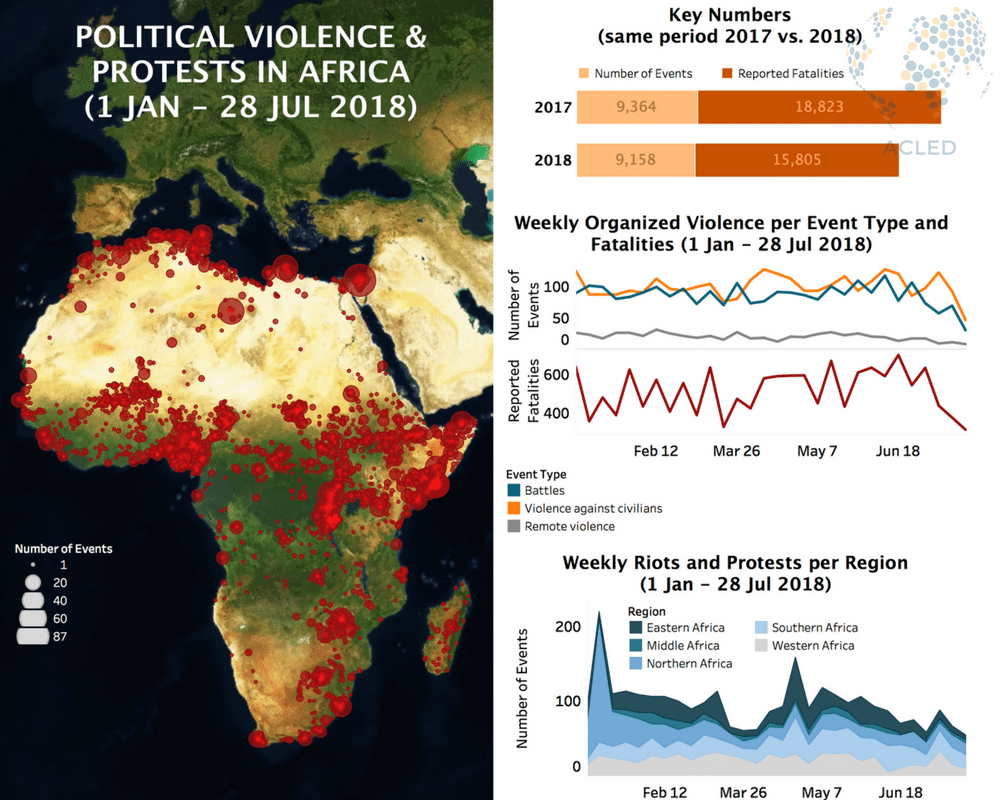 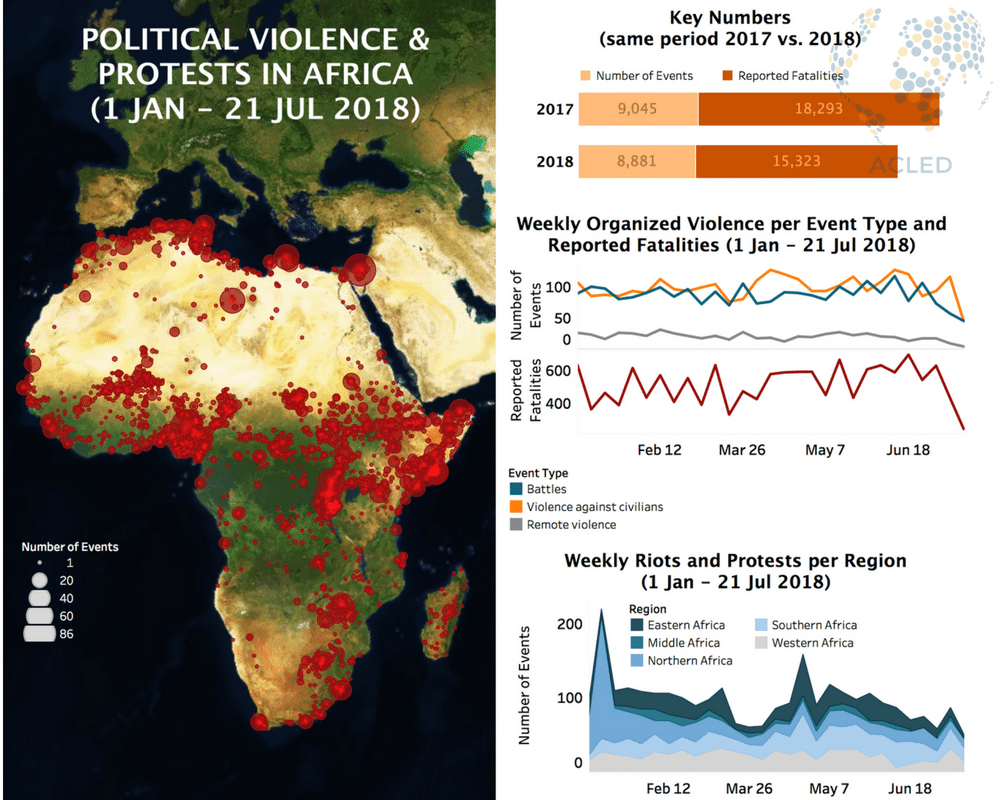 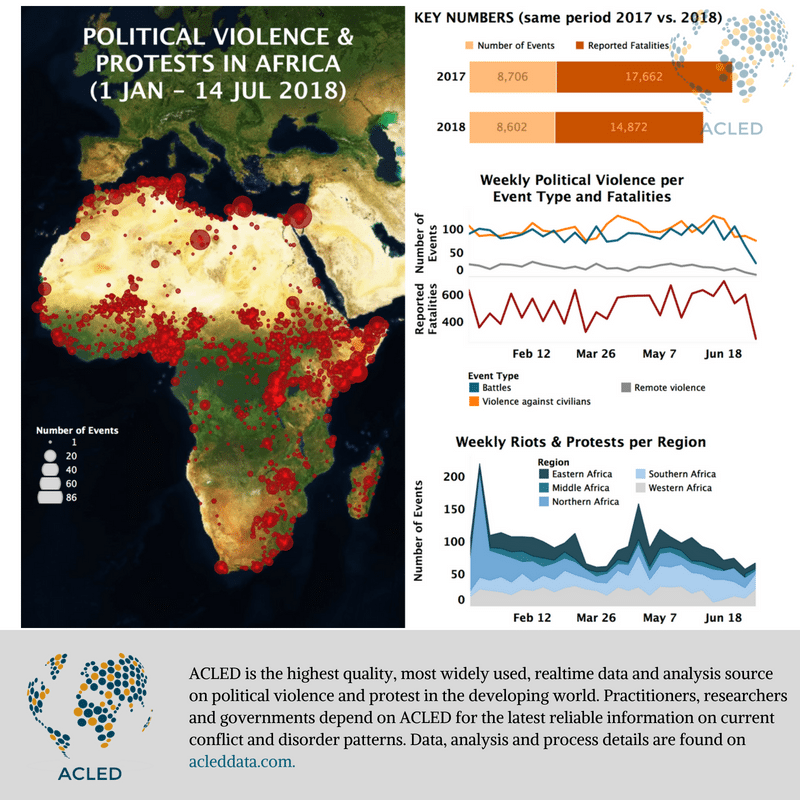 Key developments on the African continent during the week of May 13th included prolonged incidents of political violence in Libya, Cameroon and CAR; cross-border operations from the DRC; and a number of protests and riots by students and among political party supporters. In Libya, battles intensified in Darnah district between the Libyan armed forces and…

Political violence and protest events in Africa over the week of May 6th showed several key developments and points of concern. First, attacks hit Burundi and Nigeria, confirming recent warnings of an escalation of the violence in these countries. In Burundi, violence has marred the period leading up to the disputed Constitutional referendum, due to…

Important developments in Africa on the week of April 29th include the major attacks on civilians in central towns in the Central African Republic (CAR) and in the Democratic Republic of Congo (DRC); the alarming tensions along the Mali-Niger border; the first use of weaponised drones in Libya; and the riots in South Africa and…