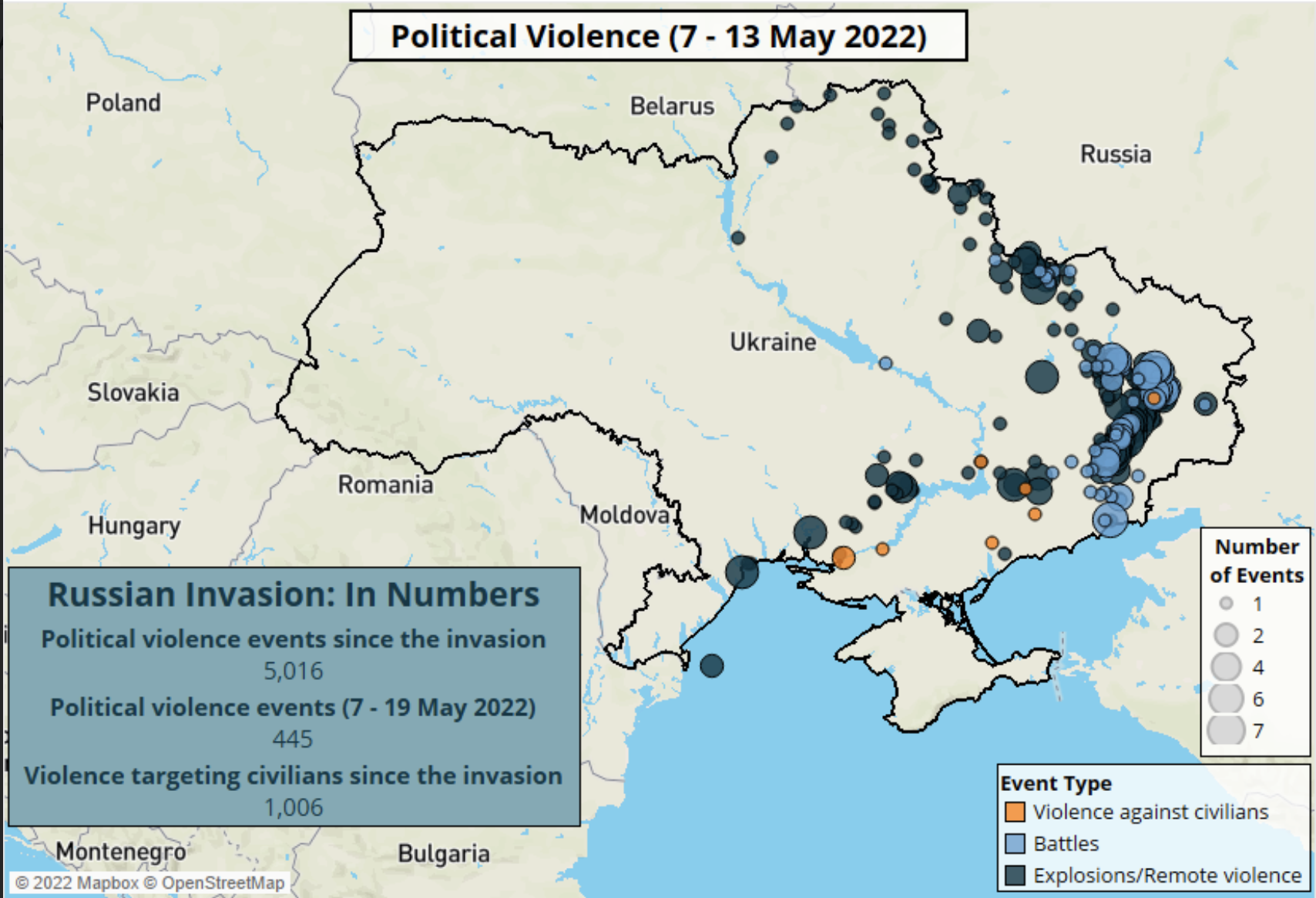 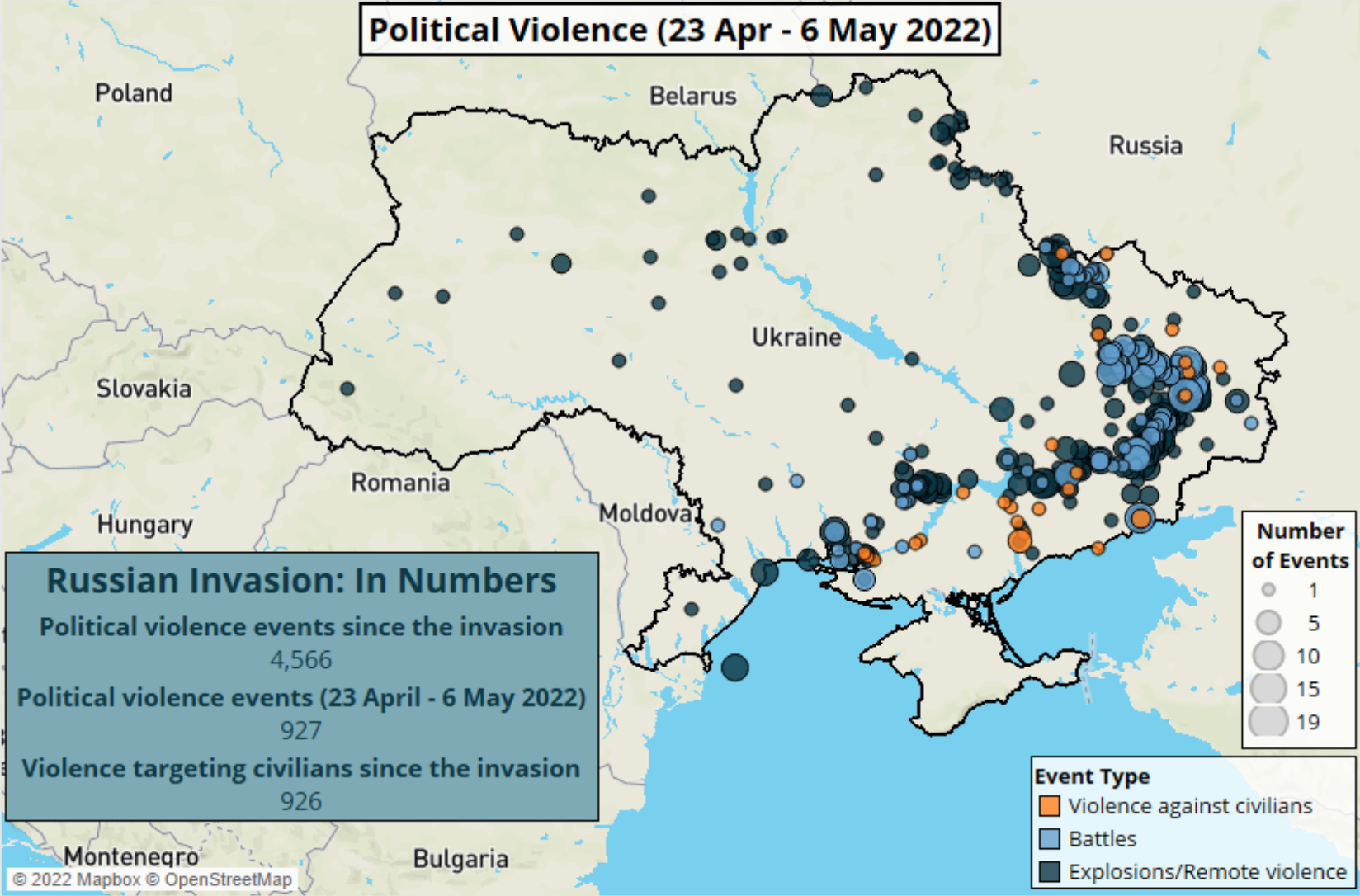 Heavy fighting continued in eastern and southern Ukraine over the past two weeks, with violence concentrated in the eastern regions of Donetsk, Luhansk, and Kharkiv. The city of Mariupol in the Donetsk region remains under siege, with Ukrainian soldiers and civilians trapped in the Azovstal plant. Russian troops continued their daily bombardment of the plant… 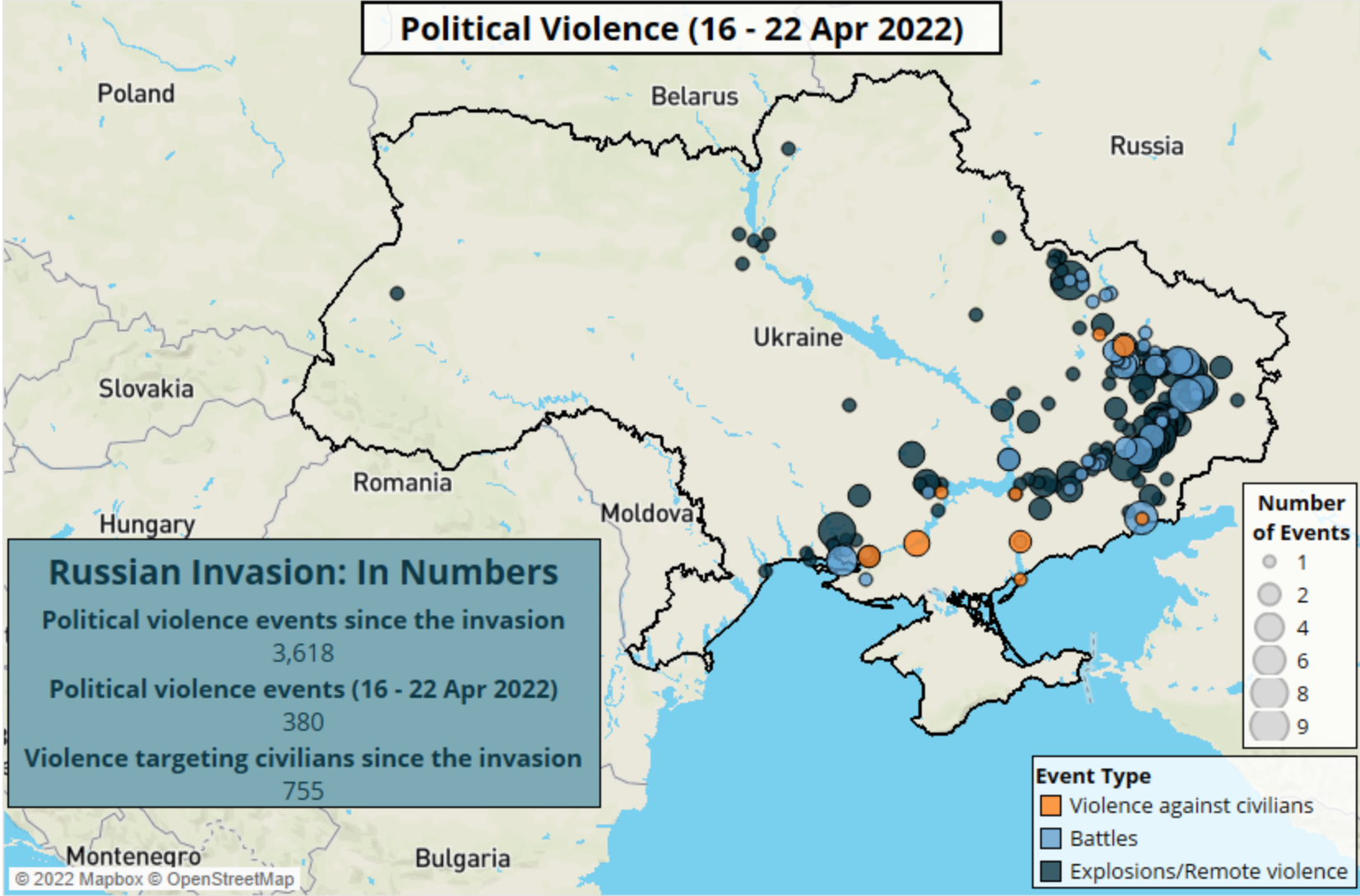 Russian forces focused operations on the Donbas region last week, where Russia has been supporting separatist armed formations since 2014 (Hromadske 18 April 2022). More than half of all political violence events in Ukraine last week were recorded in Donbas, where the city of Mariupol remains under siege. In Mariupol, Ukrainian forces continued to fight… 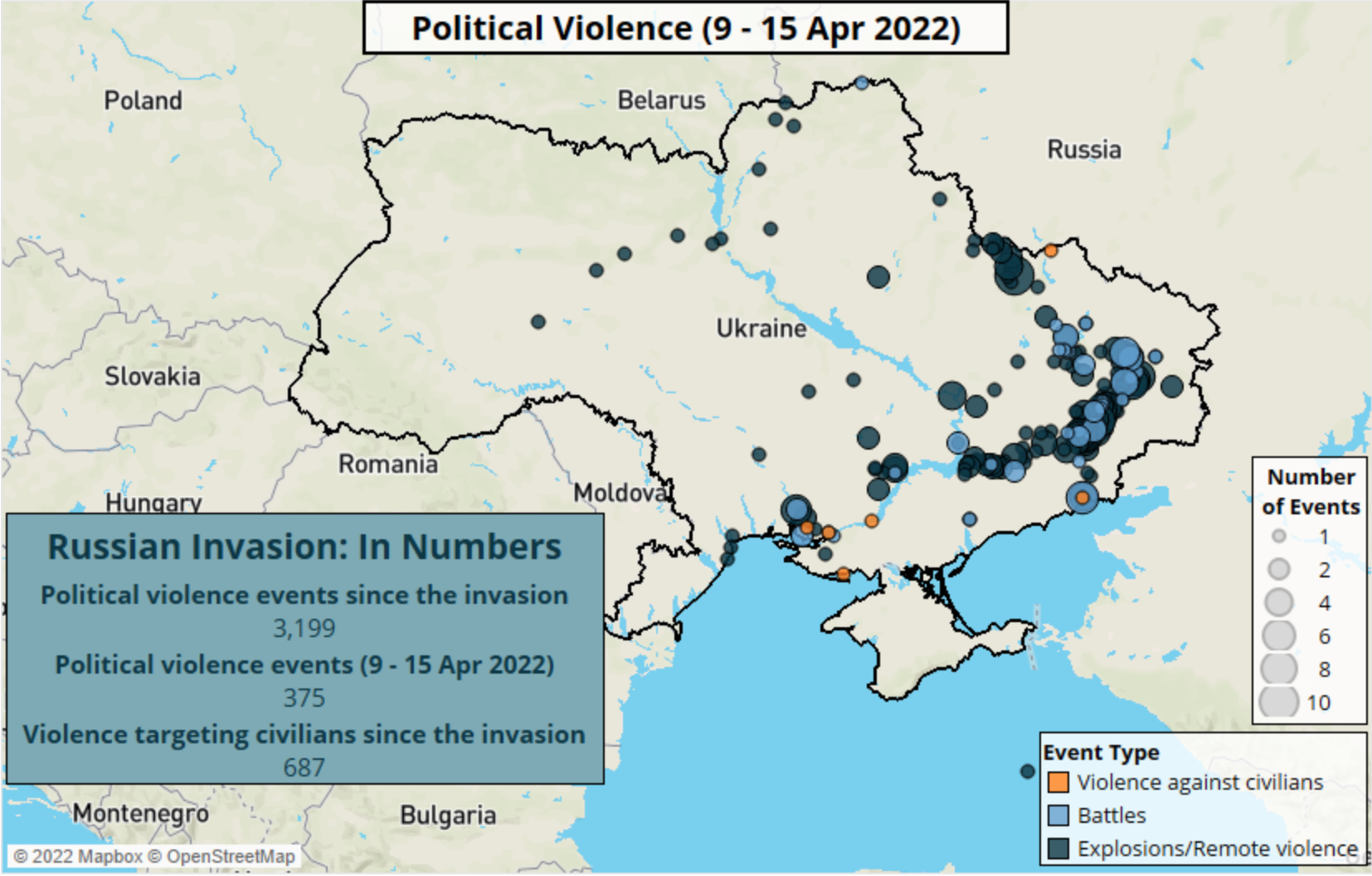 Heavy fighting continued in the eastern and southern parts of the country last week, though Russian forces made no major territorial gains. The besieged city of Mariupol continues to see intense fighting around the last pockets of Ukrainian forces. Russian forces escalated missile attacks across Ukraine, targeting railways, airports, and civilian buildings. In the Black… 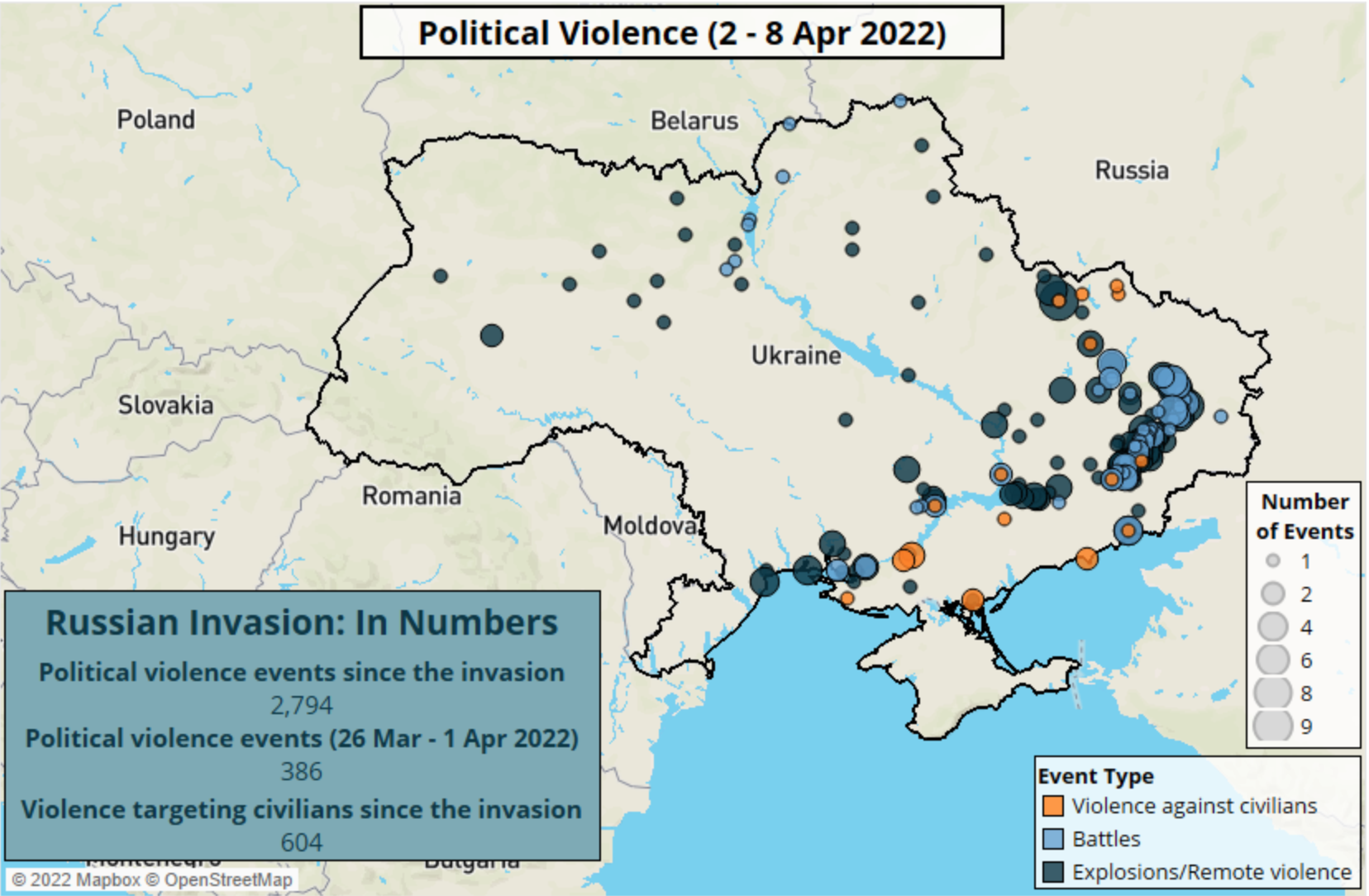 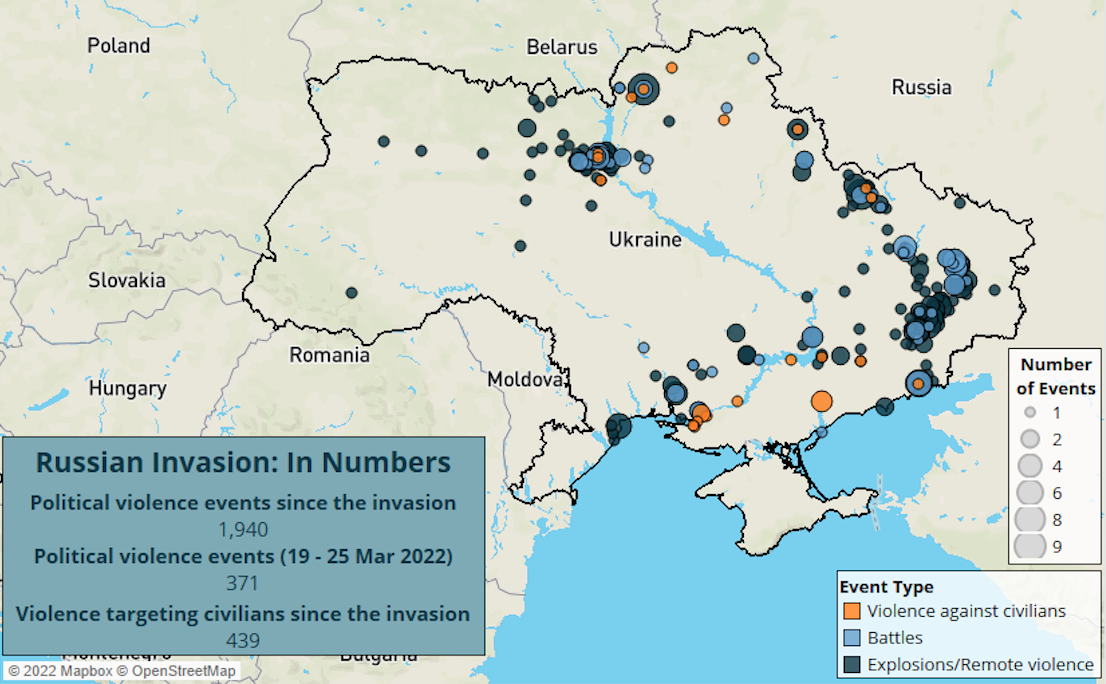 Last week marked one month since the start of the Russian invasion of Ukraine, with fighting reported in the country’s northern, eastern, and southern regions. Russian forces continued to shell civilian infrastructure across the country. Civilians bore the burden of the ongoing siege of Mariupol in the Donetsk region, with cuts to electricity, heating, phone…