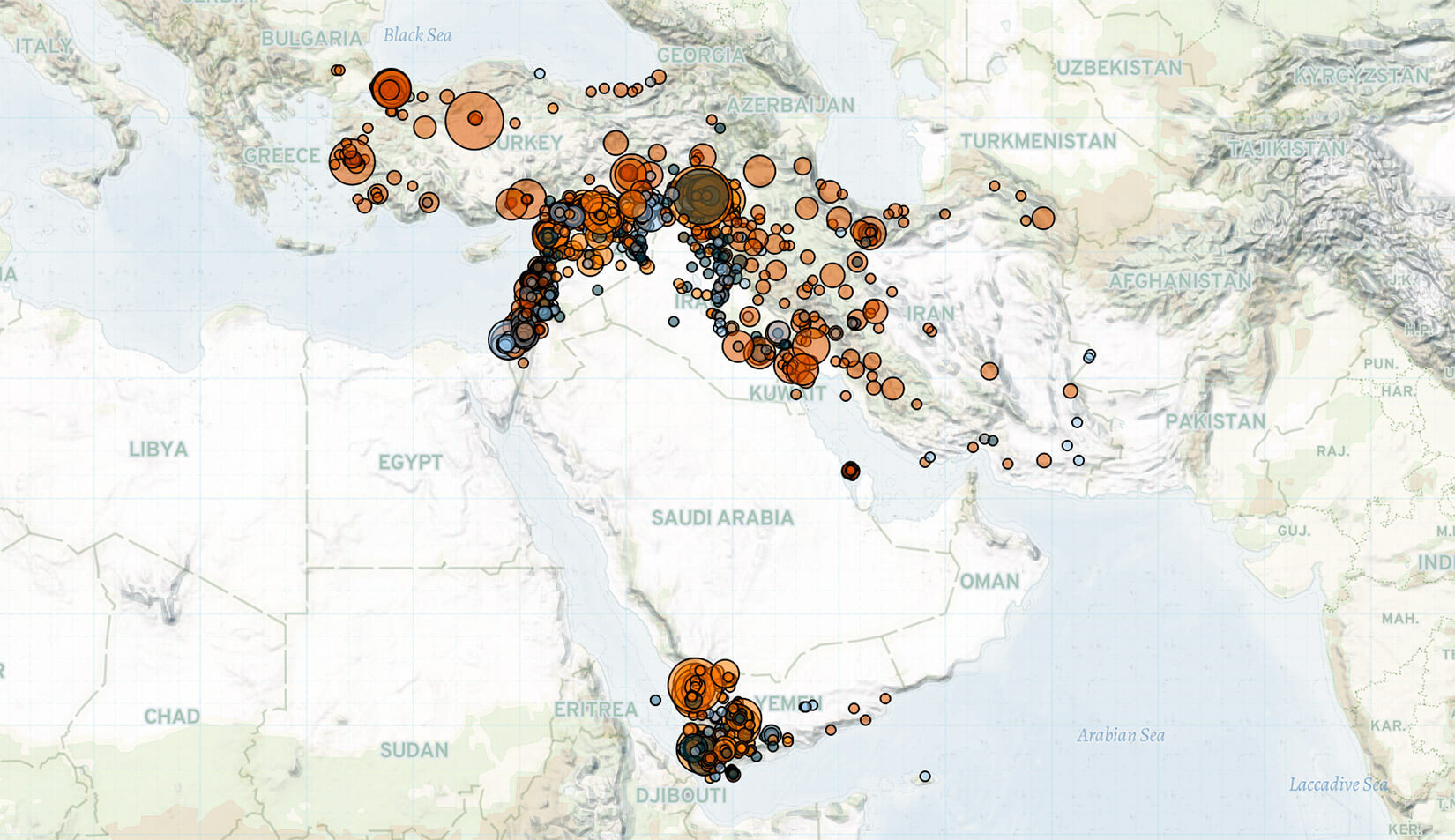 Last week in the Middle East, political violence decreased in Yemen during the scheduled final days of the UN-mediated truce before its extension for another two months. In Syria, Turkey announced its intent to launch a new cross-border operation against the Syrian Democratic Forces (QSD). In Iraq, poor public services triggered riots in Thi Qar… 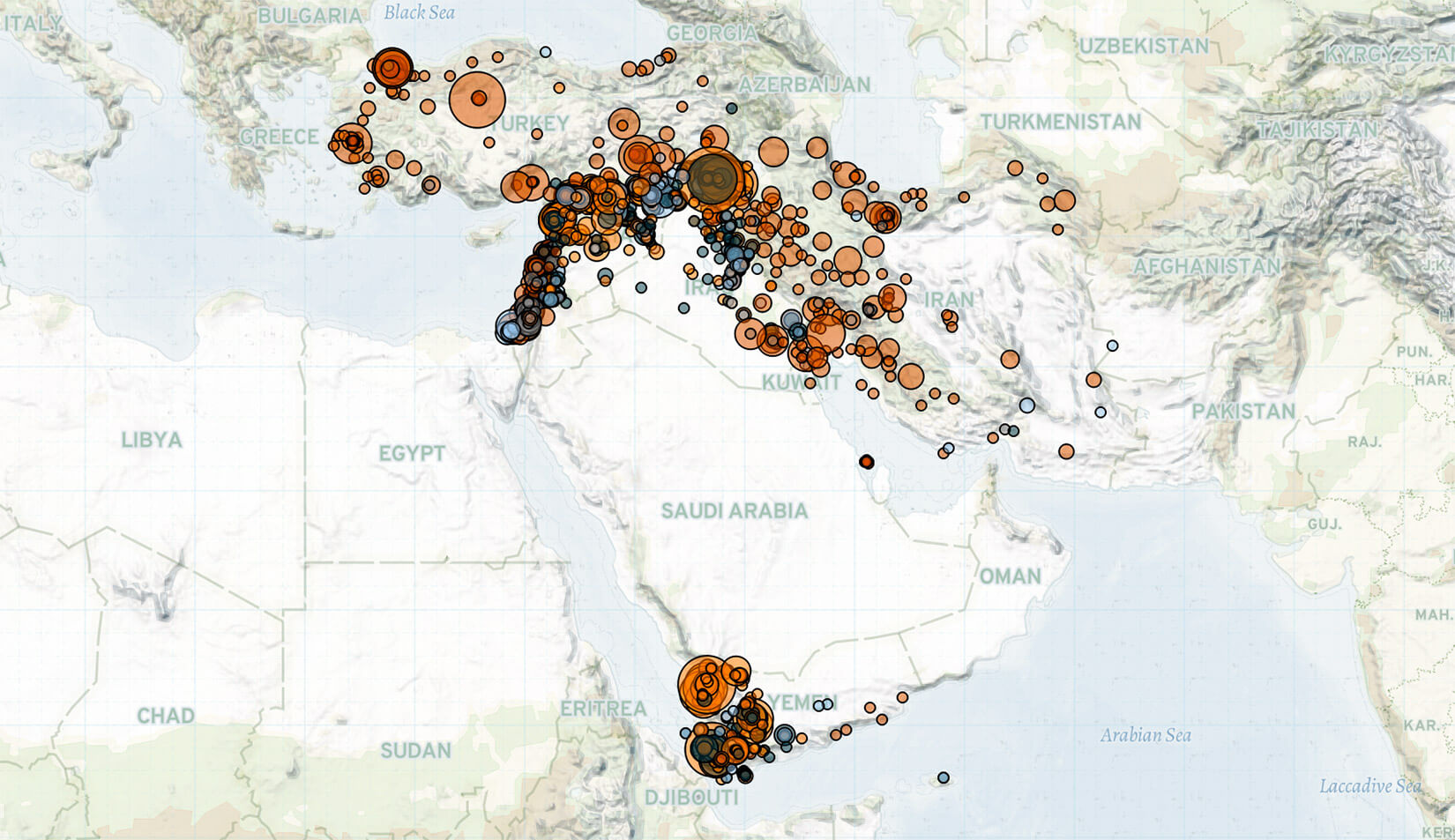 Last week in the Middle East, conflict events increased in Yemen ahead of the end of the first phase of the UN-sponsored truce, which has now been extended for another two months. In Syria, violence declined significantly following a two-week surge. In Iraq, fighting between the Kurdistan Workers’ Party (PKK) and Turkish forces remained at heightened… 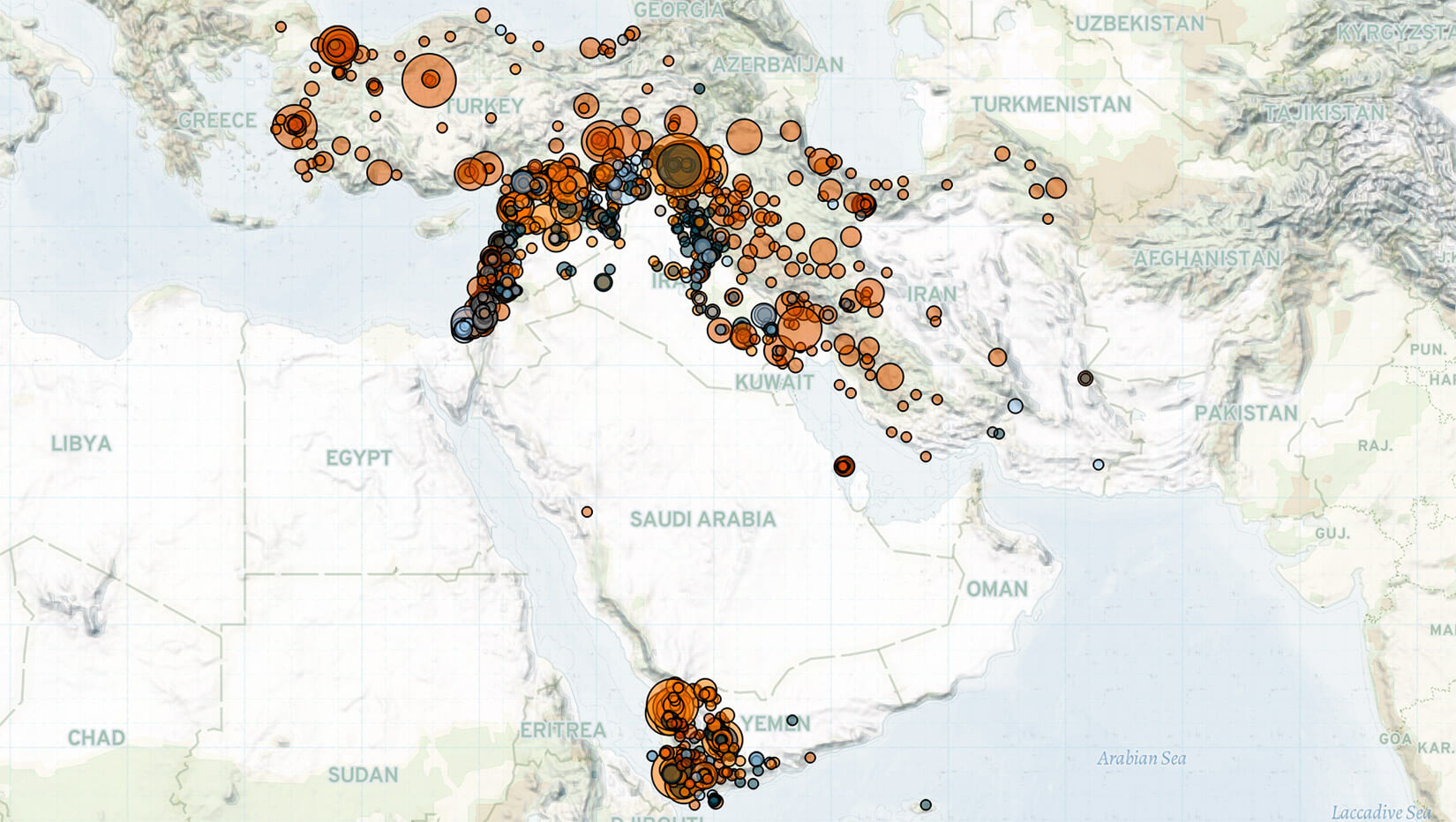 Last week in the Middle East, violent activity decreased in Yemen following a spike in violence the week prior. In Iraq, violence between Turkish forces and the Kurdistan Workers’ Party (PKK) also fell despite ongoing Turkish operations. In Syria, Israeli strikes continued to target regime forces and pro-Iran militias in Rural Damascus for the second…