Familial succession and violence across Africa 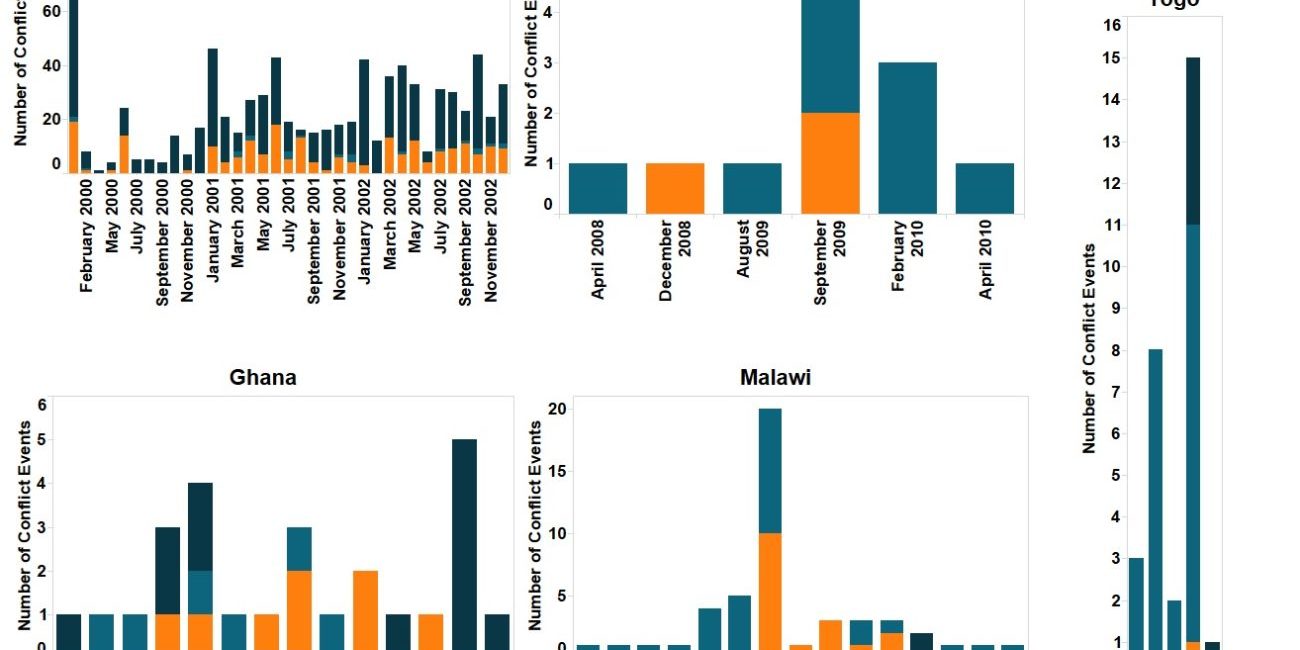 The succession of power in African states has the potential to create destabilising dynamics. Whilst it is conventional in monarchies for the children of the Head of State to succeed their parents in governing their country, this practice is mirrored across some republics. Togo, the Democratic Republic of Congo, Gabon and Equatorial Guinea have been subject to familial succession, with many other African leaders speculated to have lined up a successor through a system of primogeniture. Multiple mechanisms for securing kin-based succession have been employed, through leadership deaths, military coup d’état and through unilateral Constitutional review and revision. A recent example shows that Robert Mugabe’s secured a Constitutional change that allows him to nominate his wife as his successor.
A country’s Constitution acts as the mechanism through which a population ascribes authority to the state, thus forming the bedrock of legitimate governance. Therefore, the manipulation of this political process can catalyse unrest among the citizenry, as exemplified by Burkina Faso’s unrest following Blaise Compaoré’s attempt to remove term limits (ACLED, 12 November 2014). Following the third wave of democratisation in the 1990s, “the democratic system of government is premised on the principle that the governed should have the power to determine even the change of rulers through Constitutional means” (National Assembly, 28 July 2010).
This principle is theoretically upheld by holding free and fair elections which legitimises the successive ruler. However, in some post-colonial states, efforts by incumbents to amend constitutions to prolong their network of power have created obstacles in the smooth transfer of that power. With the appointment of sons to top government and ministerial positions in the period leading up to their takeover of the presidency, as well as murky elections that enable them to seize power, citizens’ agency and political participation is undermined.

What effects does this have on the intensities and forms of violence witnessed across these states? Figure 1 breaks down the conflict landscape of DR-Congo, Gabon, Ghana, Malawi and Togo from one year before the familial succession took place (or where speculation of a replacement came to the fore as in the case of Ghana), to one year after the change in leadership for each country. In 4 out of 5 countries (DR-Congo Gabon, Malawi, Togo), the month preceding the transfer of power to a family member was subject to an increase in the total number of conflict events with violence against non-combatants– a prevalent feature across all countries.

In the DR-Congo, after Joseph Kabila took power in January 2001, battles increased between rebel factions including the the Rally for Congolese Democracy (RCD), Movement for the Liberation of the Congo (MLC) and Front for the National Liberation of the Congo (FLC) as well as ethnic/political militia clashes. In the first quarter of 2001, following the replacement of Laurent Kabila by his son, rebel activity increased by 13% and episodic rebel conflict went on to dominate the trajectory of violence in the following year (see Figure 2). Conversely in Malawi, the swell in riots and protests in 2011 arose concomitantly with the then President Bingu wa Mutharika’s protectionist move to have his brother, Peter Mutharika succeed him (The Guardian, 1 December 2010). Anger over this act of nepotism and backlash against the regime was met with fierce government repression, shifting the performance of contentious action from largely peaceful protest movements to riots and state force violence.
These cases show how planned or successful familial succession can create immediate periods of instability, enabling the emergence of multiple, competing non-violent and violent conflict actors. This is particularly salient given the current race to fill former Zambian President’s place in the Patriotic Front by his widow, nephew and stepson (Agence France Presse, 20 November 2014). A change of leadership can create opportunities for groups to mobilise and for countries to witness changing forms of violence. For a deeper insight into the particular destabilising effects that power transfers can create, an understanding of the context through which a family member came to power is required to identify how varying levels of institutionalisation, legitimacy and practices of power such as patronage off-set or accentuate popular grievances.
Further investigations into the effects of dynastic politics may also centre on the nature of the power transfer, for example, when a successor assumes power following the death of their predecessor rather than a constitutional amendment whilst they are still alive. Furthermore, the legacy left behind by the first generation ruler is likely to influence the popular support and level of institutionalisation that their successor will receive, impacting the long-term course of political violence. Despite Laurent  Kabila’s repressive regime from 1997-2001, his short four year rule of the DR-Congo may have enabled Joseph Kabila to appear as a leader in his own right without his father’s shadow constantly cast over his rule, perhaps explaining his re-election in December 2011 (Grzelczyk, 2012. p.46).