The Targeting of Children in Conflict Zones, Part 2: Increased Lethality and Contexts 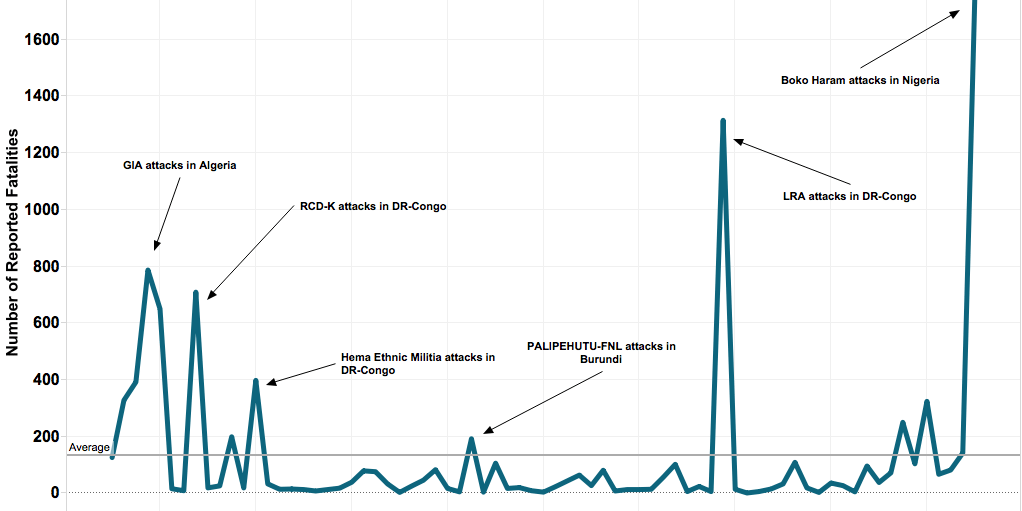 Children in conflict zones are subject to high rates of violence (killing, or severely harming), forcible inscription and negative developmental challenges. Violence against children is often used by armed groups to instill terror in populations, and to reaffirm brutality and garner notoriety. 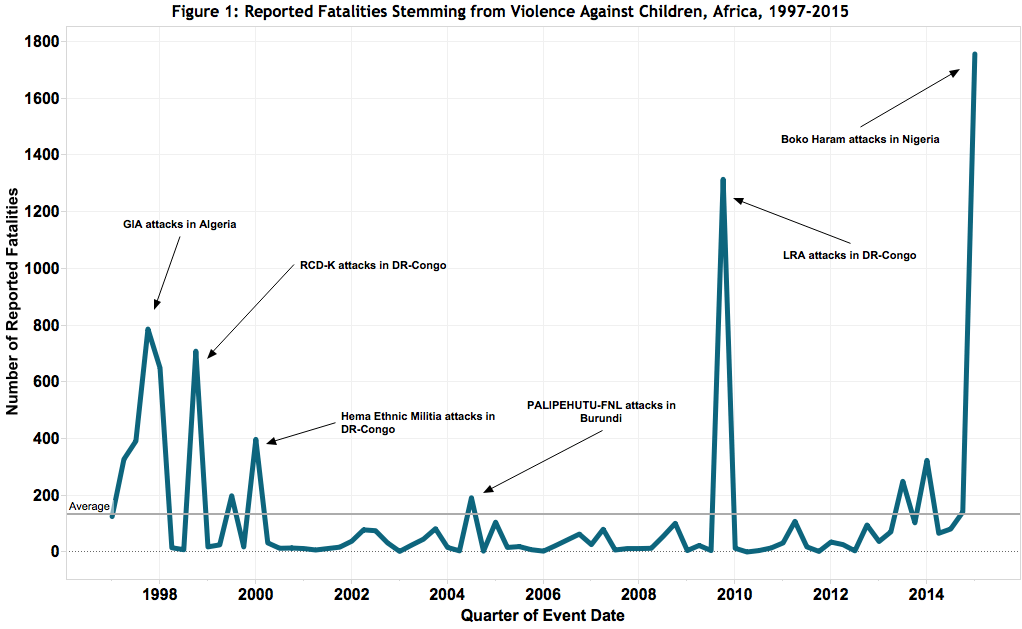 Aggregated data from a search for conflict events (specifically, violence against civilians) within the ACLED dataset related to children suggest that these attacks have been responsible for an increasingly large number of fatalities in recent years. Several spikes in child violence have been reported, we review some of those instances here (see Figure 1).
The latest spike in child fatalities is due to Boko Haram attacks in Nigeria earlier this year, specifically the several day-long attack in Baga in early January, in which the primary casualties of the attack were reported to be the old, women, and children.
Early 2014 saw an increase in the targeting and killing of children in South Sudan.  At least seven mass graves were found and reported to UN rights experts, where at least 230 civilians were buried, including Dinka and Nuer women and children, killed on ethnic grounds during the civil war by both government and rebel forces (Al Arabiya, 2014).
Conflict in the Central African Republic has also fueled the targeting of civilians, including children. The Séléka Rebel Coalition, (ex-)Seleka and Anti-Balaka militias have all been responsible for targeting children in recent years. These events include the public executions of pregnant women and children, attacks on children using grenades and machetes, slitting of throats, and burning down homes, amongst other tactics. The situation in CAR has been described as “the worst crisis people have never heard of” – by Samantha Power (2013), US Ambassador to the UN (Amnesty International, 2014; The Guardian, 2013; Human Rights Watch, 2014; Save the Children, 2013). In addition to targeting children in attacks, the use of child soldiers is also increasing in CAR at an alarming rate.  A report late last year suggests that the use of child soldiers has more than doubled (possibly quadrupled) in CAR since 2013 (The Guardian, 2014).
The Lord’s Resistance Army (LRA) has been active in DR Congo (as well as other African states) since early 1999 (the group was created in the late 1980s in Uganda). A large fatality spike in late 2009 from violence against civilians including children was due to attacks by the LRA in the Orientale province of DR-Congo, where most of the group’s activity is centered. Hundreds were killed and abducted, including at least 80 children (UN, 2009; Human Rights Watch, 2010).  The LRA has gained global notoriety for extremely brutal attacks on civilians and for the conscription of child soldiers. 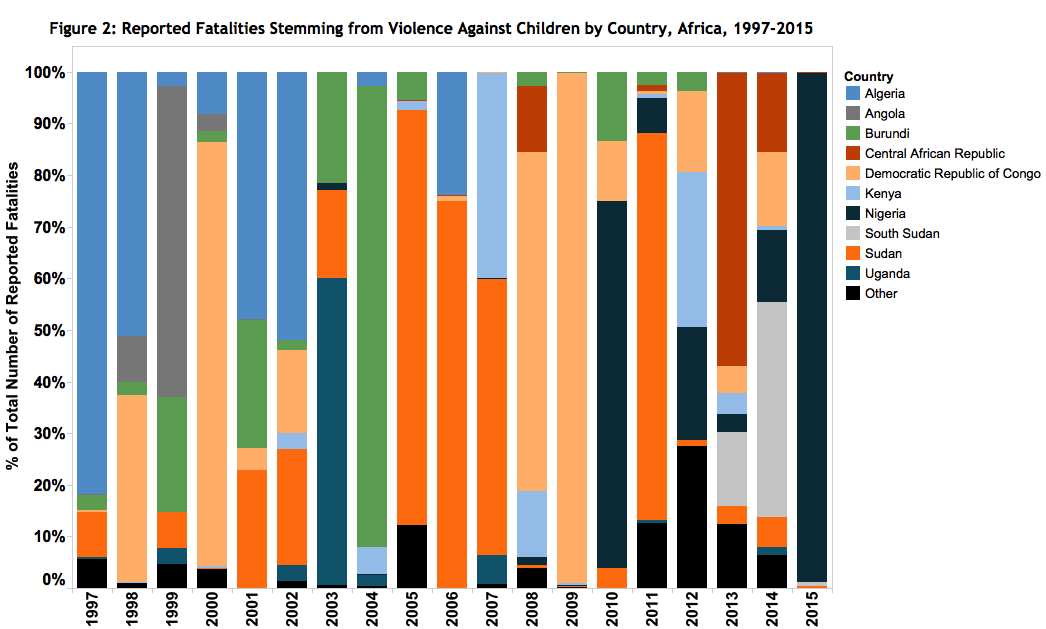 Figure 2 displays the proportion of reported fatalities stemming from these events that occur in each state. The spikes in the reported fatalities resulting from the use of this tactic (seen in Figure 1) are reflected in Figure 2. Many of the same states – including Burundi, DR-Congo, and Sudan – are responsible for these fatalities consistently over time.
Arguably, the universal disapproval of the use of this tactic helps to draw international attention to a conflict, which may be coveted by armed actors seeking to gain notoriety. Given the relative ease of targeting children, this violent tactic seems to unfortunately be gaining increased traction amongst conflict actors, especially in recent years.

Part 1 of blog posts in this series can be accessed here.
For more on violence against African children, see this piece in the Economist drawing on the data explored here.