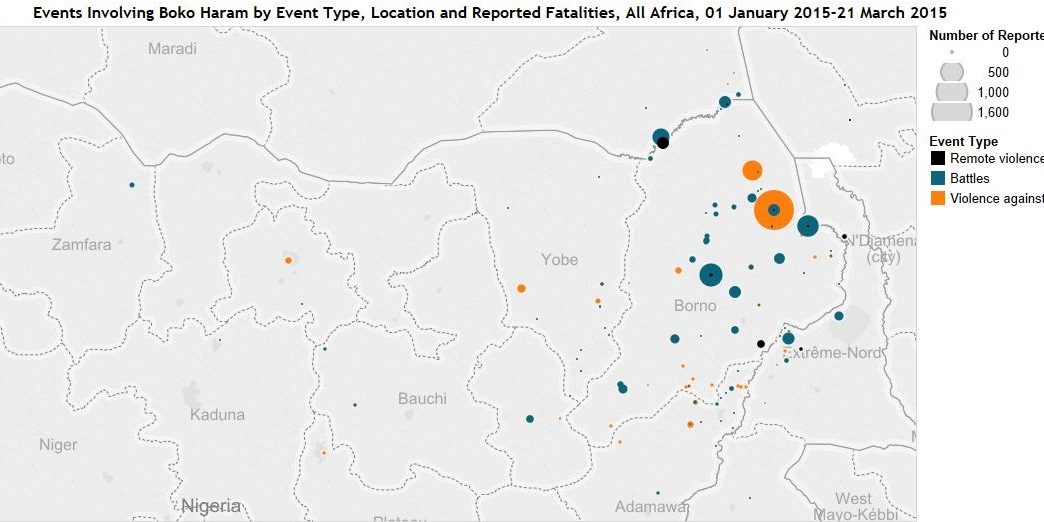 ACLED Guide and FAQs for Media Users A document which provides an overview of the ACLED project, the structure and content of the data, and addresses frequently asked questions.

Working Paper on Nigeria’s Boko Haram and Uganda’s LRA – Some Parallels
An analysis of Boko Haram activity in comparative perspective with other violent groups on the continent.

Country Report on Nigeria A report from mid-2013 covering violence in Northern Nigeria, militancy in the Niger Delta, urban protests and communal violence within the Middle Belt region.

Previous Crisis Blog Posts
The following blog posts provide varying insights into patterns of Boko Haram activity and analysis of the political context of the Boko Haram insurgency.
The Targeting of Children in Conflict Zones, Part 2: Increased Lethality and Contexts

The Nigerian Elections and the Politicisation of the Boko Haram Insurgency

The following reports have been published in the past two years, providing analysis of various aspects of Nigeria’s conflict dynamics, and the activity of Boko Haram specifically.