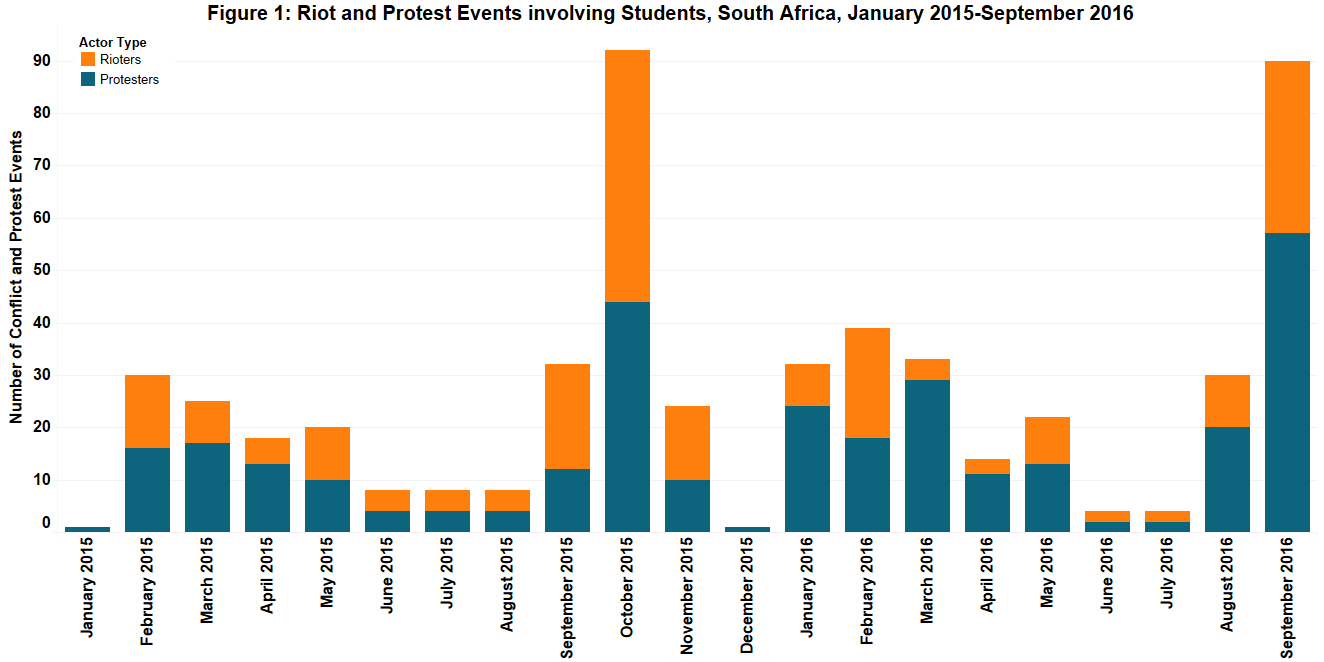 The number of conflict and protest events has steadily risen in South Africa due to student demonstrations in universities across South Africa concerning a rise in tuition fees.

The recent spike in protest activity represents a repeat of the student demonstrations against rising tuition fees witnessed last year. The demonstrations were successfully pressured the government into freezing university fees for 2016 (ACLED Conflict Trends, December 2015). Yet, with the start of the new academic year the issue of fee hikes has reappeared with Education Minister Blade Nzimande allowing universities to increment their fees by up to 8% , though poorer students will have the increases covered by the National Student Financial Aid Scheme (NSFAS) (Havergal, 20 September 2016).

Yet in the mind of # FeesMustFall, the movement that spearheaded the 2015 protests, the key issue last year was not the increase in fees but the very existence of tuition fees (Mosiuoa, 21 September 2016). Any concessions garnered from the government concerning fee hikes are interpreted as merely delaying the need to protest for a year as increases are deemed inevitable under the current university funding model. The fact that last year’s freeze created a gap in the budgets of many universities, resulting in the government addressing the shortfall through additional investment, highlights that a cycle of fee increases and protest would be unlikely to secure a fiscally sustainable outcome (Matlala, SABC 24 February 2016).

As a result, both the government and the demonstrators perceive last year’s negotiations as a failure. In response Zuma has opted to rely on force and has ordered state security agencies to take a zero-tolerance approach towards protesting students that engage in violence (BusinessTech, 2 October 2016). The strategy includes the implementation of maximum sentences on those involved in violent protest and a communication strategy to combat the narrative of the #FeesMustFall movement (ibid.). 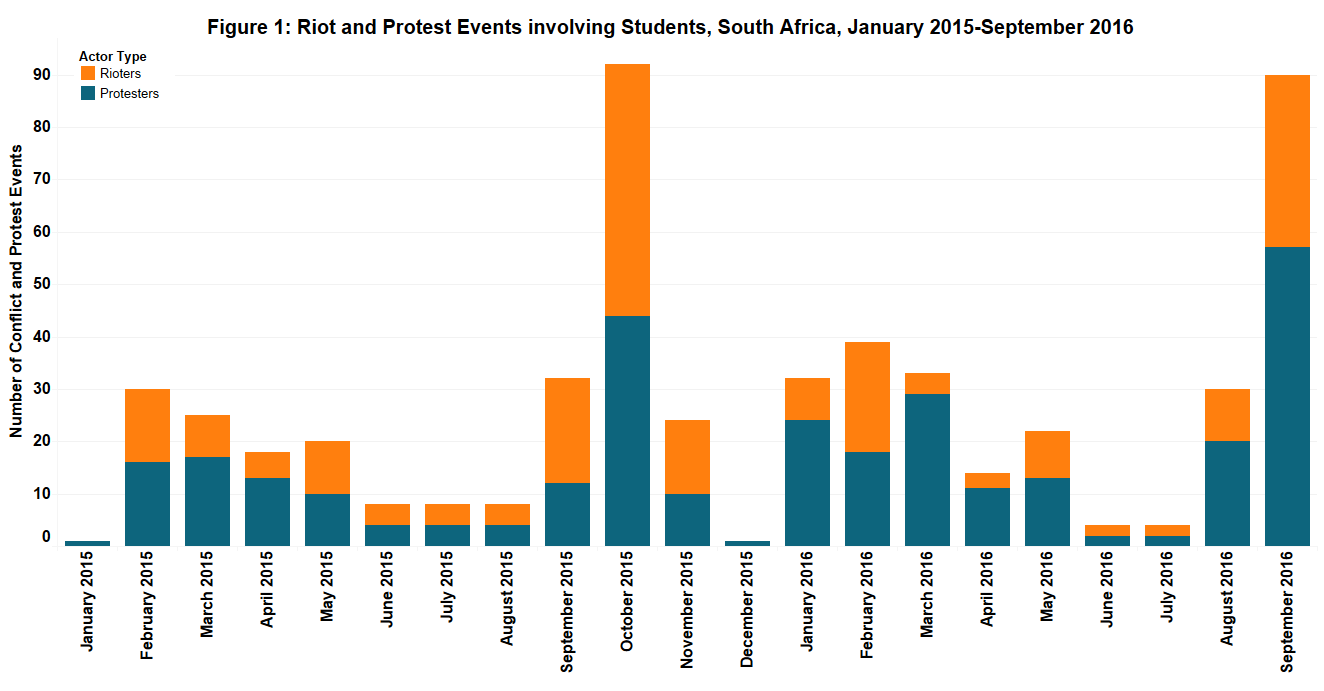 Nevertheless, given the failure of last year’s negotiations in securing a sustainable settlement between the student body and the government, and Zuma’s decision to focus on coercion, it is likely the violence in South Africa’s university campuses will increase in the coming months.