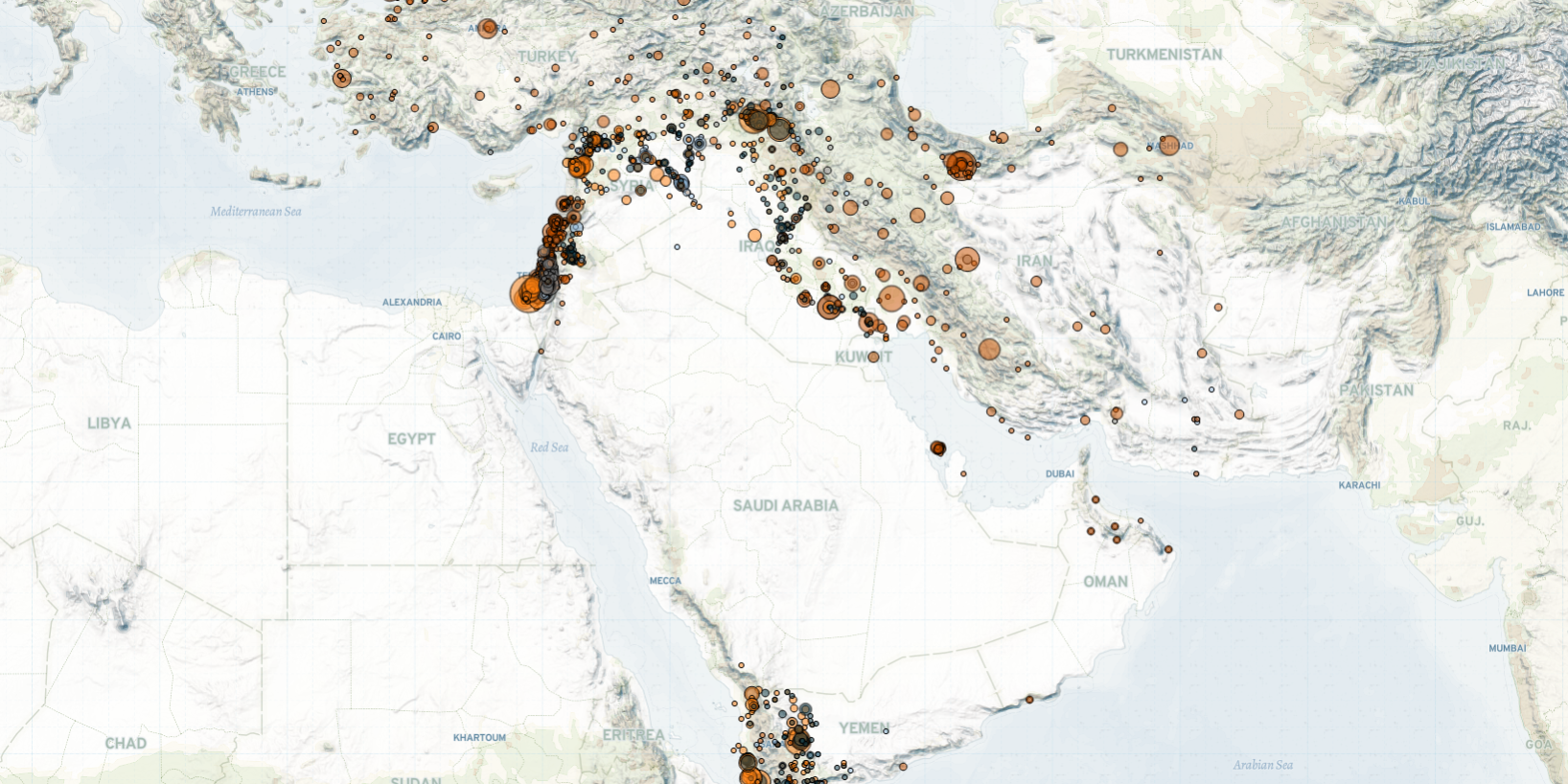 Last week in the Middle East, political violence increased in Yemen, while Houthi attacks against Saudi Arabia also continued to increase for the second week in a row. In Syria, the regime positions in Homes were attacked by suspected Islamic State (IS) militants. Elsewhere, demonstrations broke out in Aleppo governorate against the Syrian Democratic Forces (QSD). Meanwhile, former members of the Popular Mobilization Forces (PMF) protested in Iraq to demand the renewal of their contracts. The ceasefire between Isreal and Palestinian armed groups continued to hold last week in the Gaza Strip, while sporadic violence and demonstrations continued in East Jerusalem and the West Bank. Lastly, a decision by the Lebanse Central Bank over the withdrawal of funds from foreign currency accounts sparked several demonstrations.

In Yemen, political violence increased last week for the third consecutive week after reaching year-low levels in mid-May. Consistent with previous weeks, the majority of events remained concentrated in Marib and Hodeidah governorate last week, accounting for over half of all incidents. Last week also saw a significant increase in political violence in Taizz and Sadah governorates, with levels remaining high in Al Jawf.

In Taizz, civilians were targeted in most of the events recorded last week. A humanitarian worker for the Masam demining project lost his leg as the result of a landmine explosion in Al Maafer district (Khabar News Agency, 3 June 2021). In the city of Taizz, civilians were attacked by both Houthi and Islah-affiliated forces, reflecting the deteriorating security situation in the city. On 4 June, citizens gave a three-day ultimatum to the Hadi government and the Saudi-led coalition to dismiss governor Nabil Shamsan (Yemen Press Agency, 4 June 2021).

In Sadah, the increase in violence was primarily the result of sustained Saudi shelling on border areas throughout the week. Ar Raqw was particularly targeted. In Al Jawf, Houthi forces continue their attempt at retaking Al Khanjar military camp from pro-Hadi forces after they launched an offensive on 26 May (Al Khalasah, 27 May 2021). Houthi forces also clashed with local tribes after they intervened in a tribal dispute (Aden al Ghad, 30 May 2021).

In Saudi Arabia, Houthi attacks remain at relatively low levels, although they have been increasing for the past two weeks. Houthi forces claim to have successfully targeted King Khalid Air Base in Asir province for three consecutive days (29-31 May) with Qasef-2K drones. Saudi forces, meanwhile, claim to have intercepted at least two attacks.

In Syria, suspected IS fighters attacked a regime position near Sokhneh in Homs on 3 June, killing a high-ranking officer along with six other soldiers. This comes after a mass grave containing the remains of 13 regime soldiers was found near Arak gas field in eastern Homs. Those in the grave had been likely killed in an IS ambush – currently a common phenomenon in the central region of the Syrian desert. In Aleppo’s Menbij district, QSD killed a protester in Hudhud village during an anti-QSD protest on 31 May. This sparked anger in the street, which resulted in four additional protesters to be killed by QSD in Karsat the following day. The group brought military reinforcements to the district amid calls for more protests in the coming days (Reuters, 1 June 2021).

Elsewhere in Syria, eight former opposition rebels, who had accepted the 2018 reconciliation agreement with the regime, were targeted by unidentified gunmen across Dar’a province, with six killed. These recurring events have been the main factor of instability in southern Syria since the regime’s takeover in 2018. (For more information on disorder in southern Syria, see this recent ACLED piece: Syria: 10 Years On).

In Iraq, dozens of former PMF militants protested in front of the Popular Mobilization Authority building in Nassriya city on 30 and 31 May, preventing it from conducting regular functions. The protesters demand the renewal of their contracts with the group. Similar protests by former PMF members broke out in front of the PMF Authority building in As Samawah city as well (Al Mirbad, 1 June 2021).

No further hostilities have been reported between Israel and Palestinian armed groups in the Gaza Strip since the ceasefire on 21 May. Meanwhile, sporadic political violence and demonstrations continued last week in East Jerusalem and the West Bank. On 4 June, Israeli police forces violently dispersed a marathon in East Jerusalem (Al Quds). The event had been organized by activists in solidarity with Palestinian families facing expulsion from the Shaykh Jarrah and Silwan neighborhoods. Police forces reportedly used tear gas, stun grenades, batons, and rubber bullets, injuring 23 runners (Middle East Eye, 5 June 2021). On the same day, clashes erupted between demonstrators and Israeli forces in Bayta near the city of Nablus in the occupied West Bank during a demonstration against illegal Israeli military outposts and settlements. Sixteen demonstrators were reportedly injured by live ammunition, and 20 others by rubber bullets (Ma’an, 4 June 2021).

Lastly, in Lebanon, several demonstrations were staged on 2 June following the Central Bank’s decision to halt withdrawals from foreign currency accounts at a favorable fixed rate. The decision came as Lebanon continues to struggle to maintain imports of fuel and medication amid dwindling foreign currency reserves, which have dropped by nearly half since late 2019 (Associated Press, 9 June 2021). Following a night of demonstrations and long queues at ATMs by depositors who tried to withdraw their dollars before banks acted on the decision, the Central Bank reversed its decision the next day (The National, 3 June 2021).