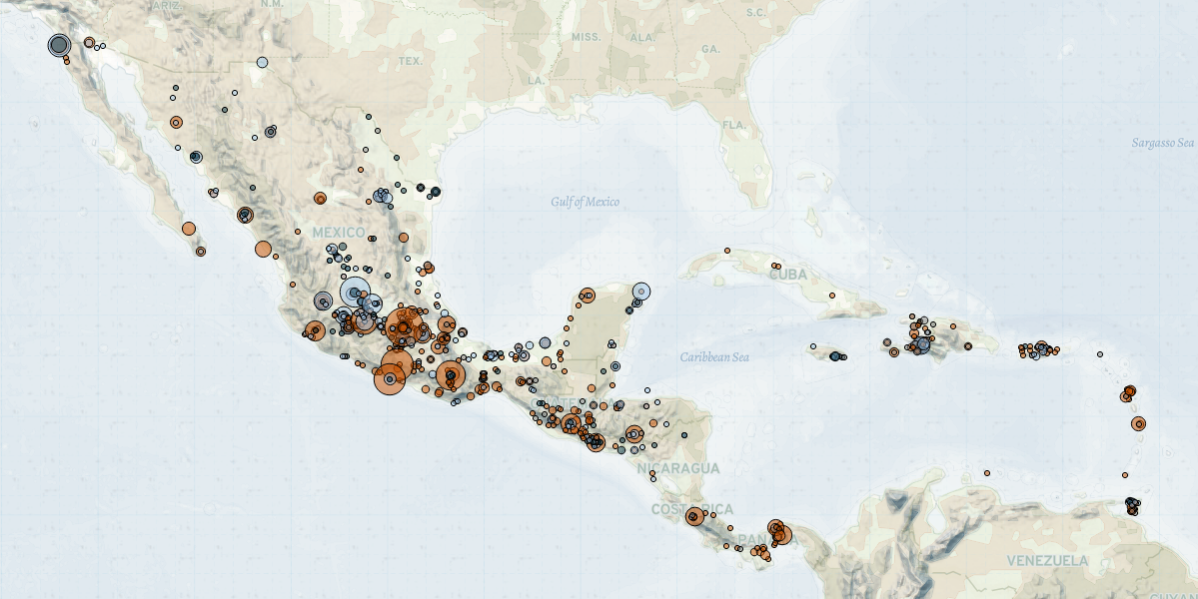 Last week in Mexico, Central America, and the Caribbean, levels of gang violence and demonstrations remained high. In Haiti, the G-9 gang alliance staged an armed attack on the convoy of the minister for the interior and blocked roads around the main oil terminal in Port-au-Prince amid their demands for Prime Minister Ariel Henry to step down from power. Amid the worsening of fuel shortages, people continue to demonstrate across the country. In Mexico, violence against civilians intensified, with the killing of two journalists in separate attacks by unidentified gunmen and an increase of gang-related attacks in Zacatecas state. Similarly in Puerto Rico, violence rose amid disputes between criminal groups. In Panama, transport workers and social organizations staged demonstrations against the increasing price of gasoline in several provinces, including in Colon, where roads were blocked for three consecutive days. In Guatemala, human rights organizations and Indigenous communities condemned the state of siege declared by the government in El Estor municipality.

In Haiti, the G-9 gang alliance increased its pressure against Prime Minister Henry’s government last week, through the ongoing disruption of fuel distribution and attacks on government officials. Members of the G-9 set roadblocks around the Varreux oil terminal to prevent the traffic of oil trucks throughout the week, and demanded Henry’s resignation. In an interview on local radio, G-9 leader Jimmy Cherizier claimed that the roadblocks would be lifted and fuel distribution would resume once the prime minister resigns (Reuters, 27 October 2021). Following his statement, police forces clashed with members of gangs affiliated with the G-9 in different neighborhoods nearby the terminal, leaving at least two civilians dead and others injured.

Members of the G-9 also attacked a group of government officials, including the minister of the interior, in Cité-Soleil district last week as they attempted to access the Varreux terminal to discuss the distribution of fuel products (Haiti Standard, 28 October 2021). The minister and accompanying officials were unharmed in the attack. Increasing fuel shortages have forced the suspension of transportation services and of many economic activities in Haiti (AP, 25 October 2021). Humanitarian organizations also report that the lack of fuel has compromised the operation of hospitals, as the majority of hospitals rely on fuel-powered generators (BBC, 25 October 2021).

Amid the blockages, people continued to demonstrate and to barricade roads with burning tires last week, demanding solutions to the fuel shortages and to the ongoing insecurity. During demonstrations in Hinche, police intervened and killed one of the participants. Following the demonstrator’s death, rioters set a police station on fire. An increasing number of kidnappings and the lack of fuel prompted a spike of demonstrations in October. In October, ACLED records the highest monthly total of demonstration events in Haiti thus far in 2021.

In Mexico, attacks against journalists continued last week. In San Cristobal de las Casas, Chiapas, an unidentified armed man shot and killed a journalist outside his house on 28 October. The victim was the director of an independent magazine and had recently published criticisms of the local administration for the dismissal of several city hall employees (Infobae, 29 October 2021). A day after this attack, unidentified gunmen kidnapped another journalist and founder of a digital media outlet in Acapulco, Guerrero. The journalist was later found near his house with gunshot wounds,later dying in a hospital (DW, 1 November 2021). Journalists covering investigations on security issues and management of public resources are often politically attacked and threatened by state officers and criminal groups (Animal Politico, 24 August 2021). The failure of Mexican authorities to investigate these attacks has resulted in the majority of such attacks going unpunished (CPJ, 18 October 2021).

Meanwhile, in Zacatecas gang violence against civilians increased last week, following attacks by gangs that left at least 20 dead  — resulting in a 400% increase in political violence in the state last week relative to the past month (see ACLED’s Early Warning Research Hub for more). Most of the attacks recorded occurred in Fresnillo where at least ten people were killed in four different attacks perpetrated by criminal groups. The state of Zacatecas has been disputed by the Jalisco New Generation Cartel (CJNG) and the Sinaloa Cartel as they seek to control the production of fentanyl and drug trafficking routes that connect the Mexican Pacific coast to the US (Infobae, 28 October 2021).

In Puerto Rico, attacks against civilians and clashes between armed groups and police increased, resulting in a significant increase in political violence in the territory last week relative to the week prior (see ACLED’s Early Warning Research Hub for more). These events are most likely related to disputes between criminal groups for the control of drug selling points (El Nuevo Dia, 1 November 2021). According to police, thus far in 2021 the homicide rate has increased by around 12% compared to the same period in 2020 (Swissinfo, 1 November 2021). In October, ACLED records the highest rate of violence against civilians in the territory in 2021.

In Panama, public transport and cargo truck drivers went on a general strike against the increasing fuel prices on 27 October. Drivers blocked roads in five of the country’s ten provinces. In the province of Colon, residents staged roadblocks in several districts in solidarity with both the strike and with demands to improve social conditions in the province (La Estrella de Panama, 27 October 2021). The demonstrations in Colon continued for three consecutive days and were led by the regional Coalition United for Colon (CUCO), which gathers various social movements and unions in Colon (La Prensa, 27 October 2021). At roadblocks in the Los Cuatro Altos area, rioters threw stones at police officers and vandalized vehicles. After the clashes, police arrested eight people, including the leader of the CUCO. The price of gasoline has been increasing throughout 2021, reaching a peak in October (Trading Economic, October 2021).

In Guatemala, Indigenous communities and human rights organizations protested the declared state of siege in El Estor municipality. President Alejandro Giammattei declared the state of siege on 24 October, after police operations to disperse Mayan Q’eqchi community roadblocks prompted two days of rioting in El Estor. The demonstrators had laid the roadblocks to demonstrate against the ongoing operation of a foreign mining company despite a court ruling that banned its operations. The state of siege was imposed for 30 days and includes restrictions on the right to public gathering, imposes a curfew, and allows security forces to detain people without a judicial order, among other measures (La Prensa Libre, 25 October 2021). Demonstrators argue that the state of siege criminalizes the actions of Indigenous communities to defend their rights, while protecting the interests of private companies (AP, 26 October 2021). The mining company and the government have claimed that the company has followed all court-mandated requirements to operate (La Razon, 26 October 2021). Meanwhile, employees of the company also protested on 27 October in support of the operations of the company, claiming that it has brought employment to the region (La Hora, 27 October 2021).