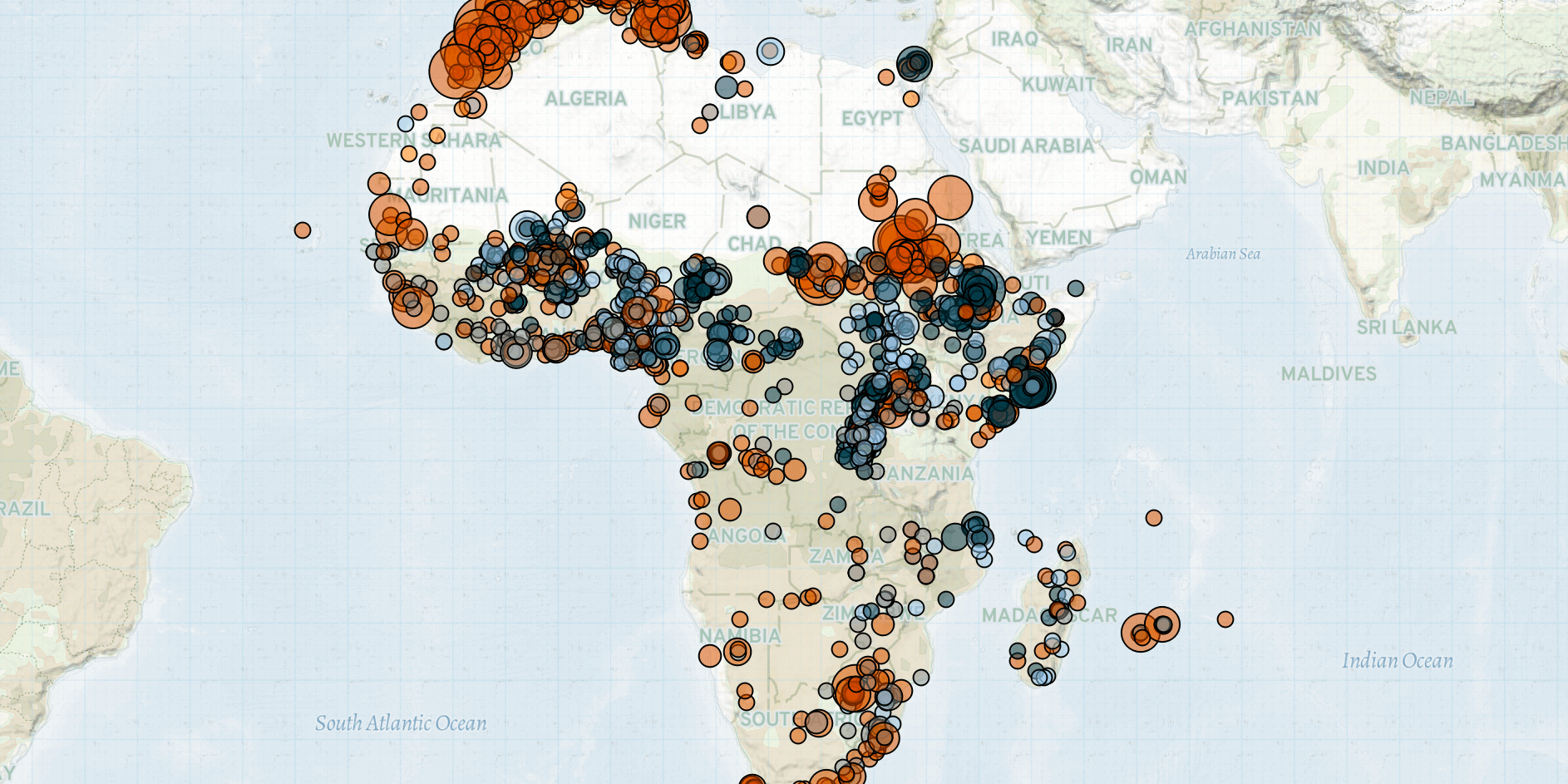 In Mali, Jama’at Nusrat al-Islam wal-Muslimin (JNIM) militants and affiliates increased operations last week. The group launched an attack on UN peacekeepers (MINUSMA) in the central Mopti region, killing seven peacekeepers and wounding others in what was one of the deadliest attacks on the mission since it began in 2013. Presumed JNIM and affiliates also fired mortars and rockets at MINUSMA camps in Kidal, Gao, and Menaka regions. Further, fatal clashes broke out between suspected JNIM-affiliated militants and Dan Na Ambassagou militiamen near Baima in Mopti. Elsewhere, unknown gunmen killed seven High Council for the Unity of Azawad (HCUA) members, including a commander, in Intahaka village in Gao.

In Burkina Faso, presumed JNIM-affiliated fighters attacked four police and gendarmerie stations in the Boucle du Mouhoun region, destroying three of them. In the North region, following Burkinabe military airstrikes in the Titao department of the Loroum province, JNIM-affiliated militants launched a deadly ambush against Volunteers for the Defense of the Homeland (VDP) near the village of You and killed over a dozen VDP fighters. Moreover, Burkinabe and Nigerien forces conducted a two-week large-scale operation along the shared border in Yagha and Komandjari provinces as well as the Tillaberi region in Niger, leading to a 344% increase in violence in the country last week relative to the month prior (for more, see ACLED’s Early Warning Research Hub). The operation left around a hundred militants killed, several bases dismantled, and many materials seized (SIG Burkina Faso, 9 December 2021). Also in Tillaberi, suspected Islamic State West Africa (ISWAP) Greater Sahara faction fighters clashed with Nigerien soldiers and local self-defense militias, resulting in dozens of fatalities.

In Benin, an IED likely planted by JNIM militants targeted military forces in Porga in the northern department of Atacora. This is the first IED attack recorded by ACLED in Benin, and it follows two other attacks on army positions a week prior.

In Nigeria, ISWAP Lake Chad militants claimed to have launched rockets from Duwari village. The rockets struck residential areas in Maiduguri, the Borno State capital. The next day, Nigerian air forces conducted airstrikes targeting ISWAP positions in Marte local government area (LGA) as the militants converged to launch attacks on Nigerian troops. The airstrikes killed scores of militants, including a commander. Elsewhere in the Lake Chad region, ISWAP and Bakoura-led Boko Haram militants clashed again over supremacy in the region. Fighting between the two groups has increased since the death of Abubakar Shekau, the leader of Boko Haram, in May. In the northwest and northcentral, activity by militias continued. In Sokoto state, the militia launched an attack on a passenger bus in Sabon Birni LGA, killing 23 civilians. In Niger state, the abduction of Fulani pastoralists in Paikoro LGA by the militia triggered clashes with a local self-defense group who managed to kill scores of militiamen. Finally, in the southwest, instances of violence by suspected members of the All Progressives Congress (APC) party were reported against Young Progressives Party (YPP) members in several areas of Ekiti state during the local government election while traditional rulers were targeted by unknown gunmen in Imo state.

In Cameroon, inter-communal clashes erupted between Musgum and Massa farmers and Arab Choa herders over the management and use of water in Kousseri town in the Far North region. The fighting, which took place over multiple days, left nearly two dozen people dead and others wounded with over 30,000 people displaced to neighboring Chad.

In the Central African Republic, the Union for Peace in the Central African Republic (UPC) faction of the Coalition of Patriots for Change (CPC) carried out an attack against the military forces (FACA) and Wagner Group mercenaries in Groupement Boyo in the prefecture of Ouaka. In response, Wagner Group, joined by FACA and former Anti-Balaka militiamen, retaliated and fired on civilians in the village, killing dozens.

In the Democratic Republic of Congo, the Congolese armed forces (FARDC) signed an agreement with the UN Mission (MONUSCO) to conduct a joint military operation in the east following the offensive that was launched the previous week with the Ugandan army to combat the Allied Democratic Forces (ADF). Meanwhile, ADF militants continued to attack civilians in the Beni territory of North Kivu province where the group established a new base. Elsewhere, in Ituri province, several factions of the Cooperative for Development of Congo (CODECO) coalesced to attack civilians in Djugu territory, with reports of lethal clashes between CODECO’s Union of Revolutionaries for the Defense of the Congolese People (URDPC) and military forces (FARDC) and the Ituri Self-Defense Popular Front (FPAC-Zaire) in the Lodda area. Finally, in South Kivu province, the Makanika-Ngumino coalition killed several people in Fizi territory, triggering a demonstration that led to the lynching of a Banyamulenge military officer.

In Sudan, the security situation deteriorated significantly last week amid ongoing demonstrations against the coup and the subsequent agreement reinstating the ousted prime minister. In West Darfur state, heavy clashes between Masalit and Rizeigat militias in Kereneik town left dozens killed, many injured and a large part of the town set ablaze. Further north in the Jebel Moon locality, violence flared up again with suspected Rizeigat militia killing more than two dozen people, mostly from the Misseriya Jebel group. This incident follows violence that killed dozens in Jebel Moon two weeks prior. Elsewhere, in North Darfur State, armed pastoralists set alight ten villages near the Zamzam IDP camp in a retaliation for an attack that killed four of their own. These events contributed to a 140% and 243% increase respectively in West and North Darfur states last week relative to the month prior (for more, see ACLED’s Early Warning Research Hub). Lastly, clashes between Hamar militias resulted in at least 30 fatalities in four villages in the An Nuhud locality of West Kordofan state.

In South Sudan, cattle raids and abductions continued in Jonglei and Central Equatoria states, with most events in Jonglei attributed to Murle raiders. Further, fighting between the National Salvation Front (NAS) rebels and government forces in Lainya county of Central Equatoria state, resulted in seven fatalities. This represents the most serious flare-up of insurgent violence in the area in recent months. Elsewhere, along the Kenyan border, deadly clashes were reported between Kenyan Turkana raiders and a local Toposa militia in the Nadapal area in Eastern Equatoria state.