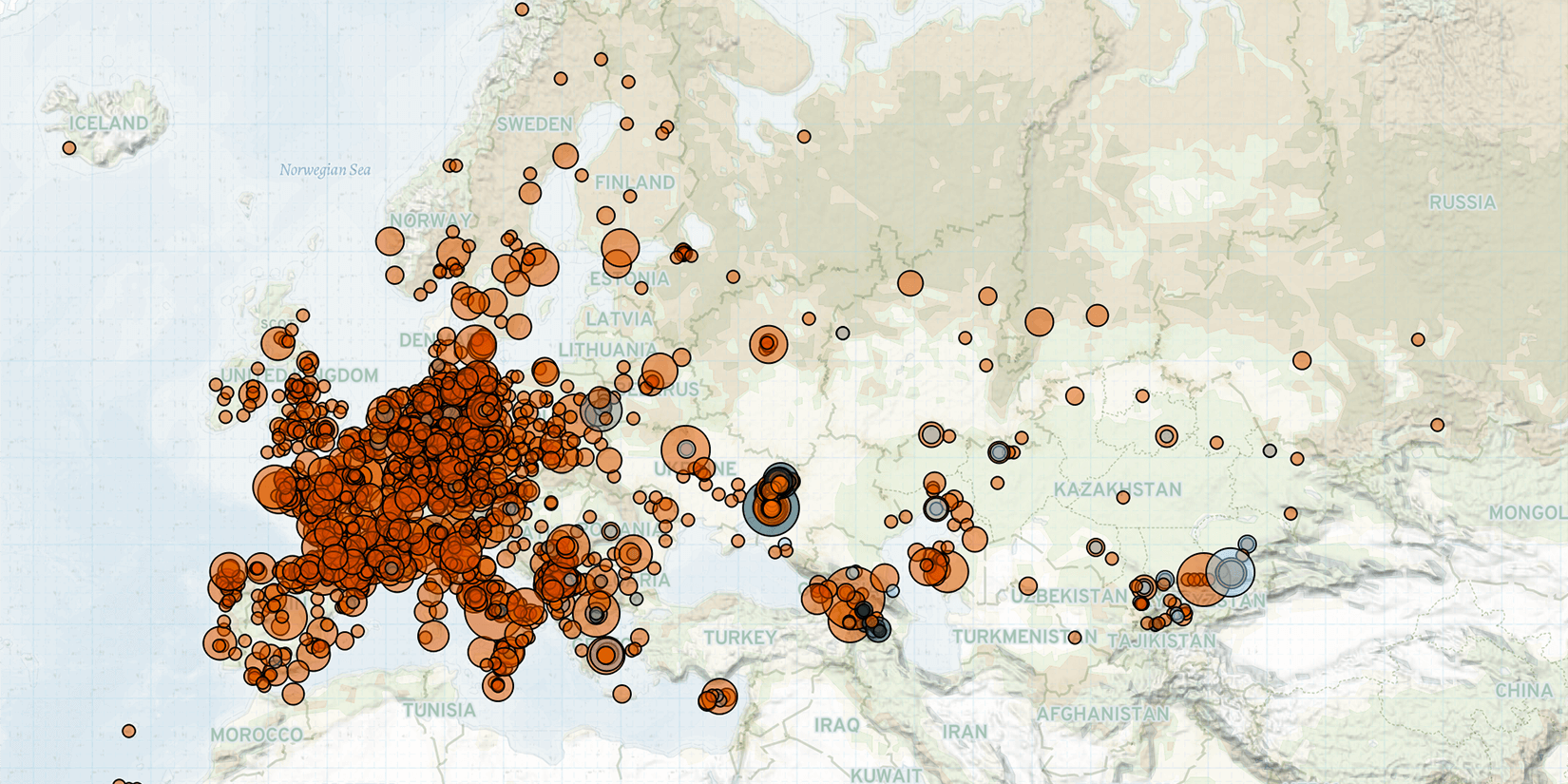 Last week, in Europe, Central Asia, and the Caucasus, clashes were reported on the Kyrgyz-Tajik border, the Armenia-Artsakh-Azerbaijan Line of Contact, and in the Donbas region in Ukraine. The migrant crisis continued along the Belarusian-Polish border, with fresh clashes between Polish state forces and migrants. New reports of police violence against activists in the aftermath of mass demonstrations sparked further demonstrations in Kazakhstan. In Germany, large-scale demonstrations against coronavirus measures continued, while a similar demonstration turned violent in Brussels, Belgium. In Portugal, the results of the parliamentary elections shifted power in favor of the Socialist Party, yet have also given rise to far-right representation.

In Kazakhstan, reports of torture and police brutality continued to surface last week following mass demonstrations that started on 2 January over a liquified petroleum gas price hike. Media outlets and human rights groups continue to register previously unreported instances of torture of arrested demonstrators during the first two weeks of January.1 As a ‘living dataset,’ as new information comes to light, ACLED supplements previous periods of coverage. These trends contribute to the 971% increase in violence in Kazakhstan last month relative to the past year that is flagged by ACLED’s Conflict Change Map; the tool first warned of increased violence to come in the country last month. Police violence and mass arrests following the demonstrations set off protests in several regions of the country last week. People demand that police stop persecuting activists and to release arrested demonstrators (for more on the outbreak of demonstrations in Kazakhstan, see ACLED’s infographic on Demonstrations in Kazakhstan).

On the Belarusian-Polish border, the migrant crisis continued amid clashes between Polish forces and migrants attempting to cross the border last week. These clashes contribute to the 248% increase in violence in the Podlaskie border region last month relative to the past year that is flagged by ACLED’s Subnational Threat Tracker, which first warned of increased violence to come last month. As the crisis unfolds, international organizations report human rights abuses against the migrants stranded at the border by both Polish and Belarusian forces (OHCHR, 21 December 2021).

On the Kyrgyzstan-Tajikistan border, a military confrontation broke out between Kyrgyz and Tajik border troops in disputed territory between the Batken region of Kyrgyzstan and the Isfara region of Tajikistan last week. Clashes in the disputed area have been reported before, including deadly clashes in April 2021, sparked by a dispute over water distribution (Human Rights Watch, 21 May 2021). The latest flare up took place last week on 27 January and was triggered by a road blockade involving Tajik nationals, which escalated into an armed clash when border guards of both countries tried to unblock the road (Al Jazeera, 28 January 2022). During the clash, two people were killed and 17 were wounded on the Tajik side, and 12 people were wounded on the Kyrgyz side. Residents of both countries were evacuated from the border area where the fighting took place (RFE/RL, 28 January 2022). The following day, authorities of Kyrgyzstan and Tajikistan held talks and reached a ceasefire agreement (Asia Plus, 28 January 2022). According to the agreement, both sides will withdraw extra forces from the border, will open the Balken-Isfana highway, and will establish a joint patrol in the area (RFE/RL, 27 January 2022).

Along the Armenia-Artsakh-Azerbaijan Line of Contact, ceasefire violations continued last week, mainly concentrated in the Martuni region of Artsakh. Additionally, on 23 January, Armenian President Armen Sarkissian resigned from his position, stating that the office of the president does not have sufficient rights and tools to help the country during times of crisis (Jam News, 24 January 2022).

In Germany, ‘Monday Walks’ — also known as ‘Sponti’ (a spontaneous demonstration) — against coronavirus measures continued last week, though at slightly decreased levels. While most demonstrations continue to be peaceful, outbreaks of rioting have contributed to the 144% increase in violence in Germany over the past month relative to the past year that is flagged by ACLED’s Conflict Change Map, which first warned of increased violence to come in the country last month. The subnational region of Bayern saw the largest increase in activity last week.

In Portugal, on 30 January, the 2022 Portuguese legislative election took place for all the seats in the Assembly of the Republic, after a snap election was called on 4 November 2021. Antonio Costa of the Socialist Party was re-elected Prime Minister with a majority, compared to the previous minority government the party had held. Notable, however, is the rise in the far-right party Chega’s representation in the votes: 7% in 2022 compared to only 1.3% in 2019, and in seats, 12 lawmakers up from one (Politico, 31 January 2022). This speaks to the overall rise in far-right sentiment that has been observed in Europe (EuroNews, 26 January 2022). While there have not been any demonstrations reported in Portugal related to the elections in recent months, Chega’s political rallies have previously drawn counter-demonstrators, so the recent increase in representation following the election could signal new demonstrations to come.

In the Donbas region of Ukraine, fighting between Ukrainian government forces and Russian-led forces remained at a similar level last week compared to the previous week. There were 44 armed clashes, 61 shelling incidents, and one fatality reported. The heightened tensions between Ukraine and Russia, caused by the mobilization of Russian troops at Ukraine’s border and the anti-NATO statements of Russian President Putin (Al Jazeera, 28 January 2022), sparked demonstrations in the region. People expressed solidarity with Ukraine and opposed further Russian incursions into Ukraine in Belarus, Georgia, Russia, and Czech Republic.