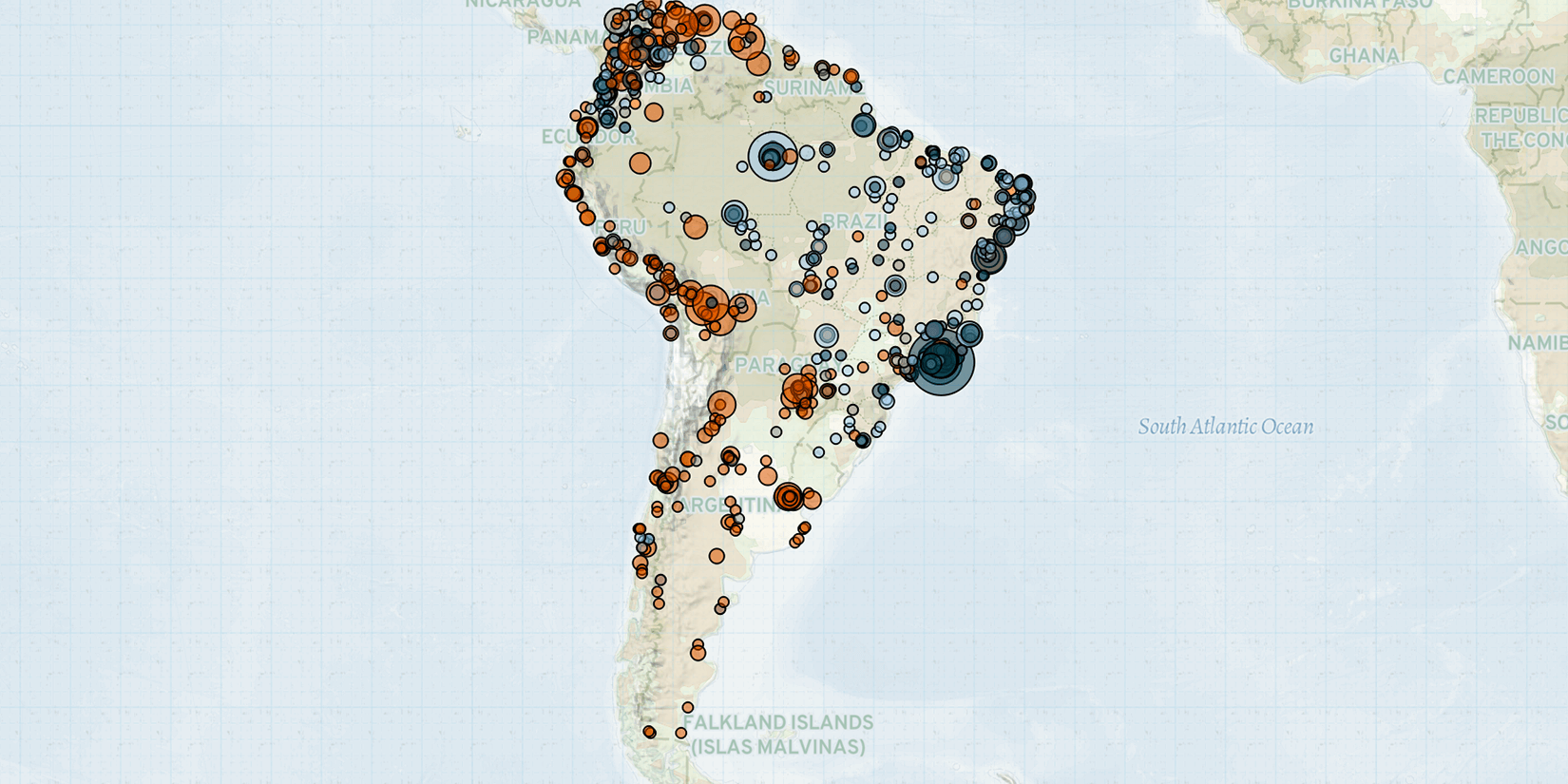 Last week in South America, violence decreased compared to the week prior, while demonstrations increased. In Brazil, violence increased in Pará state amid clashes between organized crime groups and state forces. At the same time, violence continued unabated in Bahia state as drug trafficking groups attacked civilians and clashed with state forces. In Venezuela, a referendum process to recall President Nicolás Maduro failed. Meanwhile, fighting among dissidents of the Revolutionary Armed Forces of Colombia (FARC), the National Liberation Army (ELN), and Venezuelan state forces near the Colombian border continued unabated in Apure and Táchira states. Finally, in Colombia, fighting continued in the border state of Norte de Santander, while civilians continued to be targeted in the Arauca department.

In Brazil, two military police officers were killed in less than 24 hours during attacks carried out in Belém and Bragança cities in Pará state last week. Following the attacks, an emergency meeting was set up with members of all state forces to elaborate on strategies to promote their safety (Agencia Para, 27 January 2022). Another three fatalities were reported in the state last week, stemming from targeted attacks against civilians and armed clashes between drug trafficking groups. Analysts have claimed that drug trafficking disputes, coupled with deforestation and land conflicts, are behind the escalation of violence in states that compose the ‘Legal Amazon’ area, which includes nine Brazilian states, including Pará (G1, 30 October 2021).

Elsewhere in Brazil, clashes involving rival drug trafficking groups and state forces continued last week in Bahia state, with at least seven reported fatalities. In Itaparica city, a man was shot and killed inside a Candomblé religious temple by three members of the Bonde do Maluco (BDM). One of the most active gangs in Bahia, the BDM was created inside a prison in Salvador city in 2015 as an allied force of the First Capital Command (PCC) (Aratu On, 19 January 2022). State forces also clashed with unidentified gangs in Feira de Santana and Itabuna cities, resulting in one suspect being killed. Violence in Bahia is both common and highly volatile; it is considered an area of ‘extreme risk’ by ACLED’s Volatility and Risk Predictability Index. ACLED’s Subnational Threat Tracker first warned of increased violence to come in Bahia state last month.

In Venezuela, a movement to launch a recall referendum against Maduro suffered a significant setback on 26 January, when it failed to collect enough signatures to formally initiate the recall process (France24, 23 January 2022). Opposition leaders largely decried the process as fraudulent following the National Election Council (CNE)’s declaration that at least 20% of the population of each state must sign the petition within 12 hours (France24, 23 January 2022). Additionally, pro-government colectivos were reported to be patrolling near polling locations and attacking journalists covering the process (La Patilla, 26 January 2022). Ultimately, the petition received roughly 1% of the required 4.2 million votes needed to proceed, abruptly ending the recall process (ABC News, 27 January 2022). The CNE declared that no future recall is possible until after the next presidential election in 2024 (El Carabobeno, 27 January 2022).

On the Colombian side of the border, several attacks against civilians were reported in the Arauca department last week, resulting in at least seven fatalities. In Tame municipality, unidentified armed individuals shot dead a social leader. A day later, in Saravena municipality, hitmen broke into the victim’s house and killed his wife. Although no group has claimed responsibility for the attack, fighting between the ELN and the 28th FARC dissident front has increased in the Arauca department bordering Apure state in Venezuela. In recent months, the groups broke a years-long truce aimed at maintaining their respective territories (DW, 22 January 2022), as the FARC dissident front aligned with the forces of Duarte. The recent events contributed to a 186% increase in violence last week in Arauca compared to the month prior flagged by ACLED’s Subnational Threat Tracker, which first warned of increased violence to come in the department in mid-January.

Clashes also took place in the Norte de Santander department last week, with unidentified armed groups fighting state forces in the municipalities of Convención, Ocaña, and San Calixto. Meanwhile, fighters from the 33rd FARC dissident front set off an explosive device planted near a police station, with no casualties reported. The ELN, different FARC dissident fronts, the Gulf Clan, and other armed groups have been engaging in a turf war in the Norte de Santander department over control of drug trafficking and other illegal economies (El Espectador, 26 July 2021). Violence in Norte de Santander has been common though not volatile; however, it has recently become increasingly volatile, resulting in a shift from a place of ‘consistent risk’ to being considered an area of ‘extreme risk’ by ACLED’s Volatility and Risk Predictability Index.

The recent clashes in the border areas contributed to the 50% increase in violence in Venezuela and to the 33% increase in Colombia last week relative to the past month that is flagged by ACLED’s Conflict Change Map. The tool first warned of increased violence to come in both countries early last month.