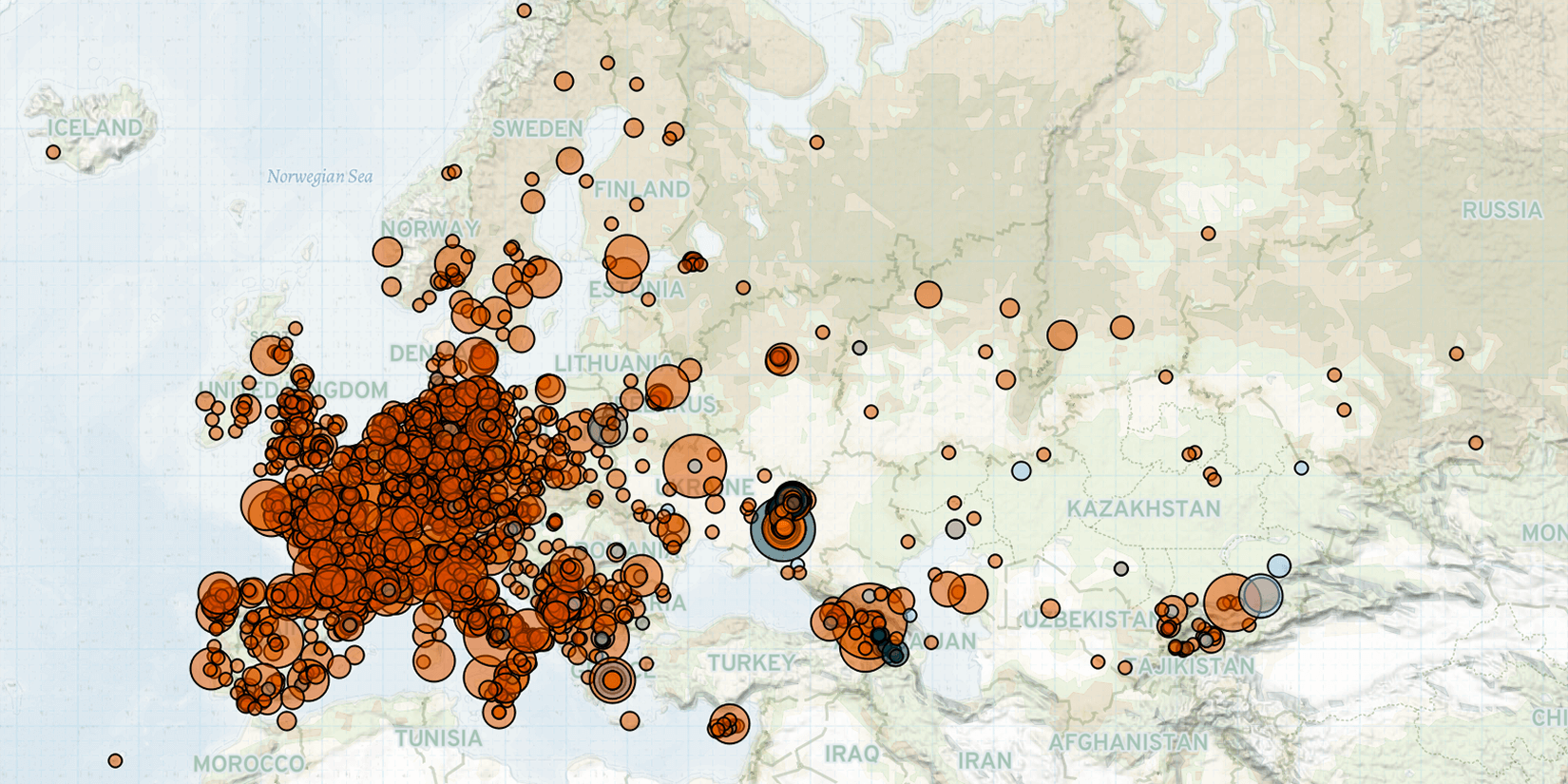 Last week in Europe, Central Asia, and the Caucasus, the Montenegrin government collapsed following a no-confidence vote initiated by a junior coalition partner. In the United Kingdom, Uyghur, Tibetan, and Hong Kong groups demonstrated against the Beijing Winter Olympics. In Greece, homes of several public figures were targeted by improvised explosives. Meanwhile, reports of torture and police brutality against activists in the aftermath of mass demonstrations continue to surface in Kazakhstan. In Germany, violent demonstrations against coronavirus-related measures continue.

In Montenegro, parliament voted in favor of the no-confidence motion against Prime Minister Zdravko Krivokapic and his cabinet on 4 February, prompting the collapse of the ruling coalition government (Euronews, 5 February 2022). A junior coalition party, United Reform Action (URA), launched the vote to oust Krivokapic on 19 January, citing the ongoing political crisis in the country and division between the coalition partners (RFE/RL, 4 February 2022). The government was formed in August 2020, after the country was led by the Democratic Party of Socialists (DPS) for three decades. The motion of no-confidence sparked demonstrations in support of Krivokapic across the country, with demonstrators claiming that the URA acted against the will of the voters.

In the United Kingdom, hundreds of demonstrators marched in London city center and in front of the Chinese embassy to protest China’s human rights record on the eve of the Winter Olympics opening ceremony on 4 February in Beijing (Independent, 3 February 2022). Members of the Uyghur and Tibetan ethnic communities participated in the demonstration, along with people from Hong Kong, condemning Chinese Communist Party’s crackdowns in Xinjiang, Tibet, and Hong Kong. The demonstration comes amid ongoing criticism of the International Olympic Committee (IOC), which has been accused of helping China to “sportswash” its global image (Independent, 3 February 2022).

In Greece, violent activity increased last week, with unidentified groups targeting public figures through use of exploding gas canisters outside of their homes. Between 31 January and 1 February, the homes of a journalist, a lawyer, and the head of the police union were targeted, causing material damage (Al Jazeera, 1 February 2022; AMNA, 31 January 2022). Meanwhile, far-right violence has been on the rise in the country. During the last week of January, unnamed neo-Nazi groups perpetrated multiple attacks against refugee students and exploded a makeshift mosque in Athens (Ekathimerini, 25 January 2022; The National Herald, 30 January 2022). The majority of these incidents took place in Attica, home to Athens. These incidents contributed to the 40% increase in violence in Greece flagged by ACLED’s Conflict Change Map, which last month had warned of increased violence to come in the country.

In Kazakhstan, media outlets and human rights groups continue to report incidents of torture and police brutality in the weeks following mass demonstrations that started on 2 January over a liquified petroleum gas price hike. These trends contribute to the 259% increase in violence in Kazakhstan last month relative to the past year that is flagged by ACLED’s Conflict Change Map, which first warned of increased violence to come last month. Relatives of detained demonstrators continue to stage protests, demanding the release of their family members and access to medical care for detainees (for more on the outbreak of demonstrations in Kazakhstan in January, see ACLED’s infographic on demonstrations in Kazakhstan).

In Germany, demonstrations against coronavirus-related measures continued last week, though at a lower rate and with fewer people in attendance relative to the week prior (Tagblatt, 2 January 2022). Nevertheless, violent demonstrations in the country continued, contributing to a 124% increase in violence in Germany over the past month relative to the past year as flagged by ACLED’s Conflict Change Map, which repeatedly warned of future violence in the country last month. Elsewhere on the continent, demonstrations against coronavirus-related measures have been declining, though the sentiment remains strong. Currently there is a ‘Freedom Convoy’ planned across Europe to Brussels on 14 February, akin to the one ongoing in Canada; the organizers expect the convoy to last for weeks (Politico, 9 February 2022).

In the Donbas region of Ukraine, fighting between Ukrainian government forces and Russian-led forces remained at a similar level last week compared to the previous week. There were 51 armed clashes, 60 shelling incidents, and no fatalities reported. Meanwhile, an estimated 100,000 Russian troops remain at the Ukrainian-Russian border as Russian President Putin warns of a potential war in Europe should Ukraine join NATO (The New York Times, 7 February 2022). The threat of further Russian incursions into Ukraine was at the top of the agenda of several recent high-level meetings between Ukrainian, Russian, French, US, and German officials, yet they have not been able to ease the tensions (RFE/RL, 7 February 2022; RFE/RL, 8 February 2022).