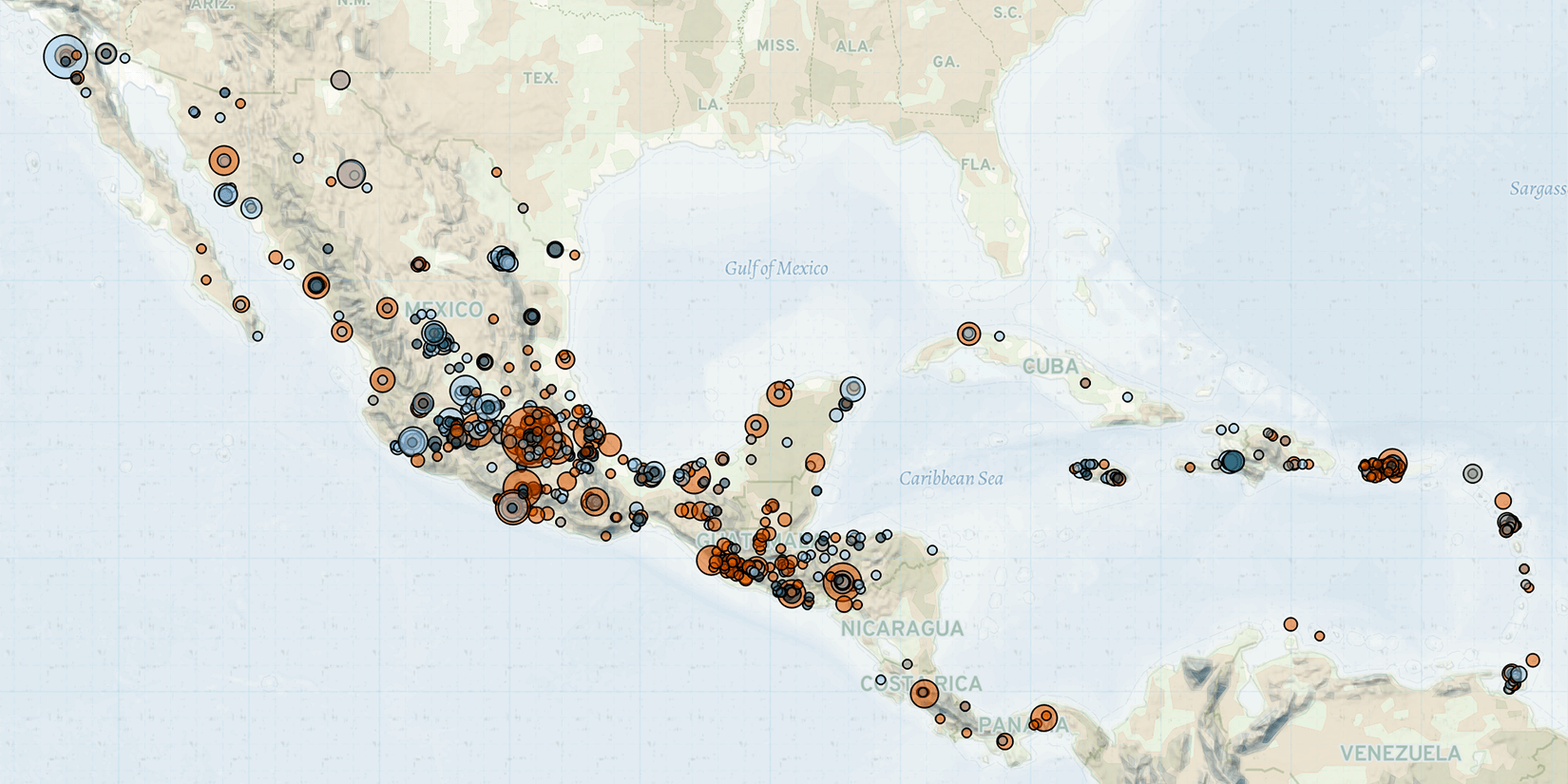 Last week in Mexico, Central America, and the Caribbean, violence increased amid attacks targeting human rights defenders and journalists in several countries, as well as gang attacks on civilians in Mexico, Haiti, El Salvador, and Jamaica. In Guatemala, unidentified assailants killed a member of the Farmers Development Committee (CODECA). In Cuba, state forces attacked the leader of the Ladies in White organization and arrested several other members of the organization as they called for the release of political prisoners. In Mexico, attacks by armed groups against journalists continued, with the killing of one active journalist and another retired journalist last week. Meanwhile, armed groups killed dozens of people amid increasing gang violence in Zacatecas and Colima states. In Haiti, El Salvador, and Jamaica, violence remained high with attacks by unidentified gunmen against civilians and clashes between rival gangs. In Trinidad and Tobago, coast guard officers shot at a vessel carrying Venezuelan migrants, killing a baby and injuring his mother.

In Guatemala, unidentified gunmen shot and killed a member of CODECA when he was leaving Guatemala City to meet with the municipal board of Santa Maria Xalapan on 6 February. The victim was recognized as a human rights defender in his community, advocating for the defense of land and farmers’ rights, the inclusion of Indigenous people, and the nationalization of public goods (El Periódico, 8 February 2022). Local human rights organizations have denounced the state’s failure to investigate attacks against social leaders and members of CODECA, who are often targeted for their defense of human rights in rural areas (FIDH, 28 September 2021). Since 2018, ACLED records dozens of attacks against members of peasant communities, including members of CODECA.

In Mexico, violence targeting journalists continued last week, with attacks in Baja California and Oaxaca states. Suspected gang members killed a former journalist outside his house on 5 February in Tijuana, leaving a threatening message along with the body. The victim had previously directed a local media outlet but had retired in 2019 (La Jornada, 6 February 2022). Following this attack, two armed men shot and killed another journalist outside his office in Salina Cruz on 10 February. The victim was the director of a digital media outlet and had received previous threats against his life for his reporting of corruption schemes involving local politicians (Europa Press, 11 February 2022). Mexico has been considered one of the deadliest countries in the world for journalists for some time (CPJ, 19 January 2022), though attacks against journalists have intensified recently. Thus far in 2022, ACLED has recorded at least one attack against journalists each week in Mexico, resulting in the deaths of five journalists.

Meanwhile, in Zacatecas state, gang violence against civilians rose last week amid the ongoing conflict between the Jalisco New Generation Cartel (CJNG) and the Sinaloa Cartel. On 5 February, 10 people were killed and their tied bodies were abandoned on the streets of Pardo III community in Fresnillo municipality. On the same day, the bodies of another six people were found hanged inside a warehouse in General Panfilo Natera municipality. State authorities have attributed the killings to criminal groups that operate in the state, while alleged members of the CJNG accuse the Sinaloa Cartel of being responsible for the attacks (France 24, 6 February 2022; Infobae, 10 February 2022). Following these incidents, clashes between the CJNG and the Sinaloa Cartel were recorded in Fresnillo, Jerez, and Valparaiso municipalities. ​​Violence in Zacatecas is both common and highly volatile; it is considered an area of ‘extreme risk’ by ACLED’s Volatility and Predictability Index. The CJNG and the Sinaloa Cartel dispute control of the production of synthetic drugs and the roads for drug trafficking that connect Zacatecas with the border to the US and other strategic states (Infobae, 5 February 2022).

Elsewhere, in Colima state, gang attacks against civilians prompted a spike in violence, contributing to the 225% increase in violence in Colima state last week relative to the past month that is flagged by ACLED’s Subnational Surge Tracker, which first warned of increased violence to come in the state in the past month. Most of these attacks were recorded in the urban area of Colima and the neighboring city of Villa de Álvarez, resulting in the deaths of more than 10 civilians. According to local experts, this increase in violence comes as a result of the breakdown of an alliance between the local criminal group Los Mezcales and the CJNG (Borderland Beat, 10 February 2022). Colima state is a strategic point along the Pacific coast for the trafficking of drugs and supplies for drug production imported from Asia through Manzanillo Port, which has been mainly controlled by the CJNG (InSight Crime, 8 October 2021). Last week’s violence led to the suspension of schools and economic activities in Colima, while authorities announced the deployment of more than 1,000 national guards and military officers (El Pais, 11 February 2022).

In Haiti, violence remained high in Port-au-Prince, with multiple gang attacks against civilians and clashes between rival gangs reported last week. This violence contributed to the 45% increase in violence in the country over the past week relative to the past month that is flagged by ACLED’s Conflict Change Map. Unidentified gunmen attacked a group of men who were coming out of the offices of a law firm in the city center on 9 February, leaving three men dead and a lawyer seriously injured. While the reason behind this attack remains unknown, human rights defenders have highlighted the lack of protections for lawyers who are often the targets of such attacks by criminal groups (Gazette Haiti, 10 February 2022). Meanwhile, clashes between gangs fighting for control of the Martissant neighborhood resulted in three deaths.

Similarly, in El Salvador, violence remained at heightened levels last week, driven by ongoing gang violence, including multiple attacks on civilians. Last week, gang members killed two taxi drivers in separate attacks. Such attacks are often related to extortions, which is one of the main sources of revenues for gangs (InSight Crime, 25 January 2022).  This violence contributed to the 56% increase in violence in El Salvador last week relative to the past month flagged by ACLED’s Conflict Change Map, which first warned of increased violence to come in the country in the past month.

In Jamaica, violence increased last week amid attacks by armed suspects against civilians, and clashes between gangs and police officers. Most of the events occurred in Westmoreland parish with attacks by unidentified suspects leaving three civilians dead. These trends contribute to the 56% increase in violence in Jamaica over the past week relative to the past month that is flagged by ACLED’s Conflict Change Map. Police have reported that most of the killings have been related to gang actions as they fight for control of drug sales and extortions (Reuters, 14 February 2022).

In Trinidad and Tobago, coast guard officers shot a vessel transporting Venezuelan migrants, killing a minor and injuring his mother on 6 February. The coast guard claims that the shots were made in self-defense after the crew ignored warnings and a halt order (Al Jazeera, 8 February 2022). However, leaders of the Venezuelan political opposition and human rights activists have denounced the shooting as unjustified and demand investigations by local authorities into the incident (The Washington Post, 6 February 2022). According to the UN Refugee Agency (UNHCR), over 21,000 refugees and asylum seekers are registered with UNHCR in Trinidad and Tobago, the majority of whom are Venezuelan (UNHCR, 21 October 2021; Reuters, 7 February 2022).