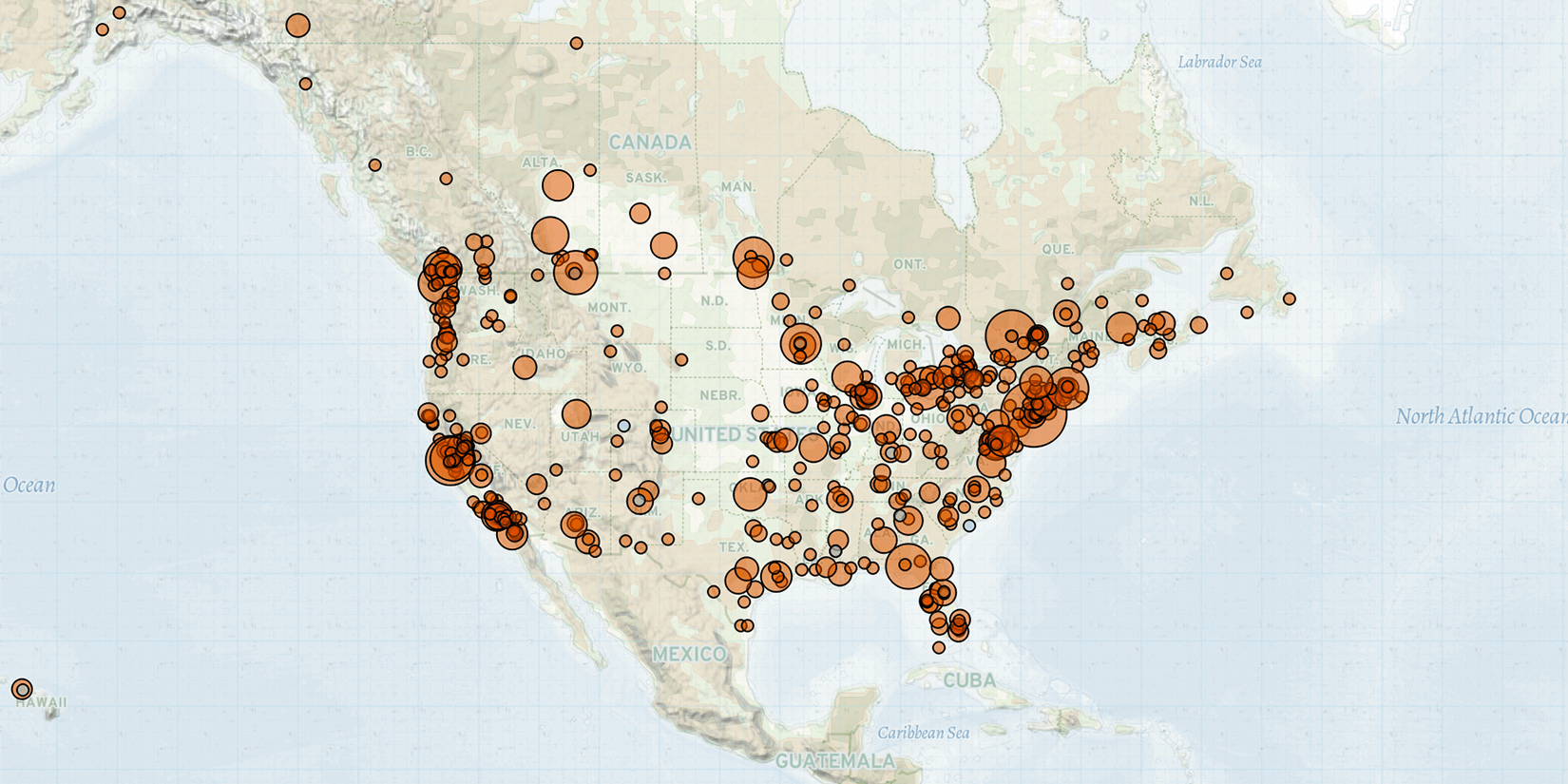 Demonstrations continued at relatively stable rates in both Canada and the United States last week. In Canada, anti-vaccine mandate ‘Freedom Convoy’ demonstrations drove demonstration activity for the fourth consecutive week, though a number of blockades along the border with the United States were broken up over the course of the week. Demonstrations featuring Indigenous groups also spiked last week in Canada, amid demonstrations focused on honoring missing and murdered Indigenous women, girls, transgender people, and two-spirit people. Meanwhile, in the United States, demonstrations related to the COVID-19 pandemic made up the largest share of demonstration events. Demonstrations supporting immigrants and their contributions to the American economy, as well as those supporting LGBT+ communities amid increased legislation restricting LGBT+ rights, both spiked. In Kentucky, a local political candidate was the target of a shooting. Meanwhile, multiple bomb threats against historically Black colleges and universities (HBCUs) were again reported last week. Militia and militant social movement activity in the United States increased slightly last week compared to the week prior.

On 14 February, Alberta Royal Canadian Mounted Police (RCMP) discovered a weapons cache at the border crossing blockade near Coutts, Alberta, which had been in effect for 16 days. RCMP made 13 arrests, some of whom are associated with the neo-Nazi group Diagolon (Washington Post, 20 February 2022). RCMP also arrested a semi-truck driver who accelerated his vehicle towards an RCMP checkpoint, swerving away at the last moment. Police said a small, organized group within the demonstrators had shown a “willingness to use force against the police if any attempts were made to disrupt the blockade” (Time, 15 February 2022). Demonstrators dismantled the Coutts blockade the following day.

In addition to ending multiple border blockades, Canadian police arrested three of the main organizers of the Ottawa ‘Freedom Convoy’ on 17 and 18 February (Washington Post, 20 February 2022). Meanwhile, Prime Minister Justin Trudeau invoked the Emergencies Act for the first time since the Act was passed in 1988 with the aim of dispersing ‘Freedom Convoy’ demonstrators blockading streets in central Ottawa (CBC, 22 February 2022).

Nationwide, ‘A Day Without Immigrants’ rallies on 14 February led to a spike in demonstrations supporting immigrants. The day of action — which involved immigrants refraining from working, attending school, or spending money — was intended to pressure President Joe Biden into prioritizing protections for immigrants in the United States (LA Times, 11 February 2022). This marks the highest number of pro-immigration demonstration events since the week of the January 2020 Women’s March. During those marches, demonstrators had rallied in support of immigrants and against then-President Donald Trump’s anti-immigrant policies (Reuters, 14 August 2020).

A suspect shot at a Jewish mayoral candidate, grazing his clothing, in his campaign office in Louisville, Kentucky last week. The candidate is running as a Democrat in the primary election scheduled for 17 May. The suspect has previously been active in local politics, including in organizing pro-Black Lives Matter demonstrations against the shooting of Breonna Taylor (Courier-Journal, 15 February 2022).

Reported militia and militant social movement activity in the United States increased slightly compared to the week prior.1Various militias and militant social movements, including Three Percenters and Proud Boys, are classified as “terrorist” organizations in Canada, reducing their trackable activity. On 12 February, the Yavapai County Preparedness Team (YCPT) held a recruitment and public information meeting in Chino Valley, Arizona, while on 17 February, the Virginia Citizens Defense League held a recruitment and public information meeting in Suffolk, Virginia. Veterans on Patrol (VOP) conducted an 18 February patrol along the US-Mexico border near Sasabe, Arizona, during which they encountered five migrants; it is unclear what happened to these migrants.

On 12 February, members of the Proud Boys hosted a small ‘Walk for Life’ rally outside of a Planned Parenthood in Santa Rosa, California to demonstrate against access to abortion. Proud Boys, along with at least one apparent member of Patriot Front, held another ‘Walk for Life’ event outside a middle school in San Jose, California (less than 100 miles away) on the same day. On 13 February in Inglewood, California, demonstrators, some of whom promoted QAnon conspiracy theories, gathered outside SoFi Stadium as the Super Bowl was kicking off to protest pandemic-related vaccine and mask mandates. QAnon adherents returned to the same location the next day for a similar demonstration.

Openly white supremacist groups were also active last week in the United States, continuing a steady stream of activity over the past nine weeks. On 12 February, a group of people dropped a ‘White Lives Matter’ (WLM) banner and an anti-immigration banner over Highway 99 in Sacramento, California. Across the country, WLM affiliates, accompanied by members of the neo-Nazi National Socialist Movement (NSM), dropped another WLM banner over a Boston, Massachusetts overpass the same day. On 13 February, an unknown group distributed approximately 300 flyers espousing anti-Semitic and white supremacist rhetoric in the Hyde Park neighborhood of Austin, Texas. Anti-Semitic flyers blaming Jewish people for the coronavirus pandemic and promoting the Goyim Defense League (GDL) were also found at a home in Huntington Beach, California on 15 February. Meanwhile, the Patriot Front conducted a sparring training at an undisclosed location in eastern Massachusetts on 17 February.