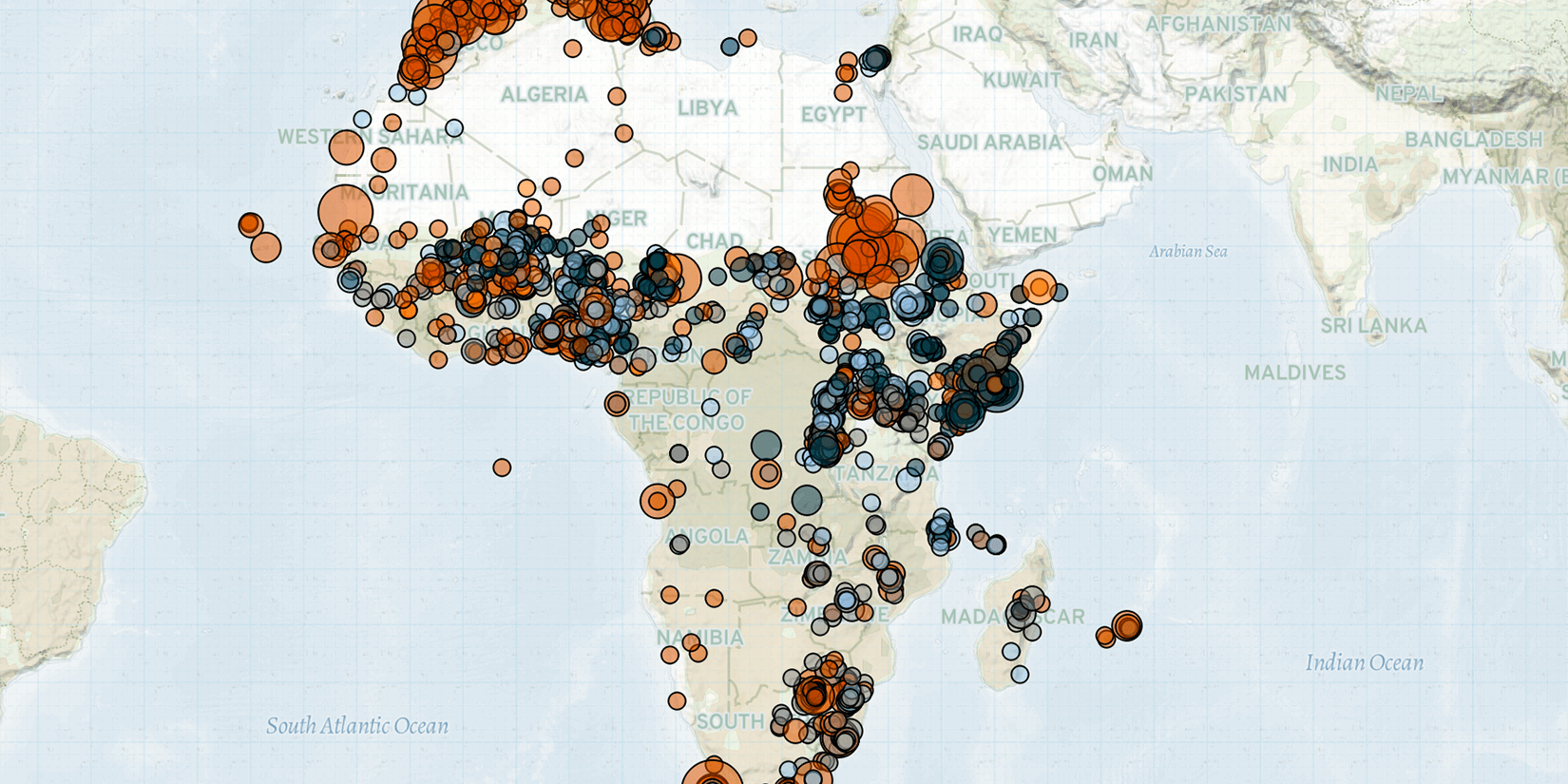 Last week in Africa, violent events continued to increase in the North region of Burkina Faso; election violence broke out in Somalia and Nigeria; and scores of people were killed during clashes between the Gawaar Nuer and Lou Nuer in South Sudan.

In Burkina Faso, high levels of violence continued with ongoing clashes between Jama’at Nusrat al-Islam wal-Muslimin (JNIM) and government forces with volunteer fighters (VDP), as well as attacks on civilians. Burkinabe government forces conducted two major operations in the North and Center-East regions, as well as airstrikes against JNIM militants in the Center-North and East regions. Violence continued to grow in the North region, where clashes between JNIM and state forces led to security forces withdrawing from positions in Thiou. These trends contributed to the 109% increase in violence in the North region last week relative to the past month flagged by ACLED’s Subnational Surge Tracker. Despite military shelling and VDP attempts to take back Ouindigui village, JNIM regained control less than a day later. The second military operation in the Center-East followed a resurgence of JNIM activity in the area, with armed forces killing several militants and local civilians involved in artisanal mining.

In Niger, French forces carried out a rare airstrike against JNIM militants in Boulkagou, southwestern Tillaberi region. ISWAP Greater Sahara militants killed over a dozen civilians near Tizegorou village in the same region. These trends contribute to the 122% increase in violence in Tillaberi over the past week relative to the past month, as flagged by ACLED’s Subnational Surge Tracker.

Electoral violence was also reported in Somalia. As the National Consultative Council extended the voting deadline for parliamentary elections to 15 March (Somali Dispatch, 25 February 2022), Al Shabaab militants attacked state officials and electoral delegates. In the capital of Hiran region, an Al Shabaab militant detonated a suicide bomb near an election center, leaving dozens of casualties. In the Bari region, IED explosions by Al Shabaab targeted electoral delegates at a tea shop in Bosaso and the vehicle of the President of Puntland state around the outskirts of town. In the Middle Shabelle region, government security forces (Danab/Bancroft) conducted an operation against Al Shabaab hideouts, resulting in at least 60 militant fatalities.

Al Shabaab militants continued to carry out attacks in Kenya, targeting the country’s armed forces in Lamu and Garissa counties. In Lamu East, the militants ambushed a military convoy near Kiunga, killing more than a dozen soldiers. Elsewhere, in Mandera county, police forces ambushed ten militants of the same group at a waterpoint in Takaba.

In South Sudan, instability continued across the country. Scores of people were killed during three days of clashes between Gawaar Nuer and Lou Nuer militias in Ayod county in Jonglei state. In Lakes state, the Luach-Jang militia carried out a reprisal raid against the Pakam section of the Agar Dinka in Rumbek North county. Further, reports of sexual violence against women and looting from humanitarian warehouses emerged in central and southern Unity state. These trends contribute to the 136% increase in violence observed in Unity state last month relative to the past year, as flagged by ACLED’s Subnational Threat Tracker. Finally, Twic Dinka militia attacked Ngok Dinka civilians in southern parts of the disputed Abyei area, following escalating violence between the two communities.

In Sudan, as nationwide demonstrations against the military coup continued, two protesters were killed and several others injured in Khartoum, Port Sudan, and Medani. These incidents brought the reported number of people killed in pro-revolution protests to 17 since the beginning of the year according to ACLED data.

In the Democratic Republic of Congo, the Allied Democratic Forces (ADF) continued to attack civilians in the provinces of North Kivu and Ituri. The ADF ambushed a convoy of vehicles escorted by UN peacekeepers (MONUSCO) in the Irumu territory of Ituri province. The Congolese armed forces (FARDC) launched a retaliatory attack, killing several militiamen. In the same province, the FARDC intercepted an attack by the Cooperative Development of Congo (CODECO) and the Patriotic and Integrationist Force of Congo (FPIC) in Djugu territory. Finally, in Maniema province, Twa militiamen killed at least two Bantu people and injured ten others in Kabambare territory, following long-standing ethnic tensions.