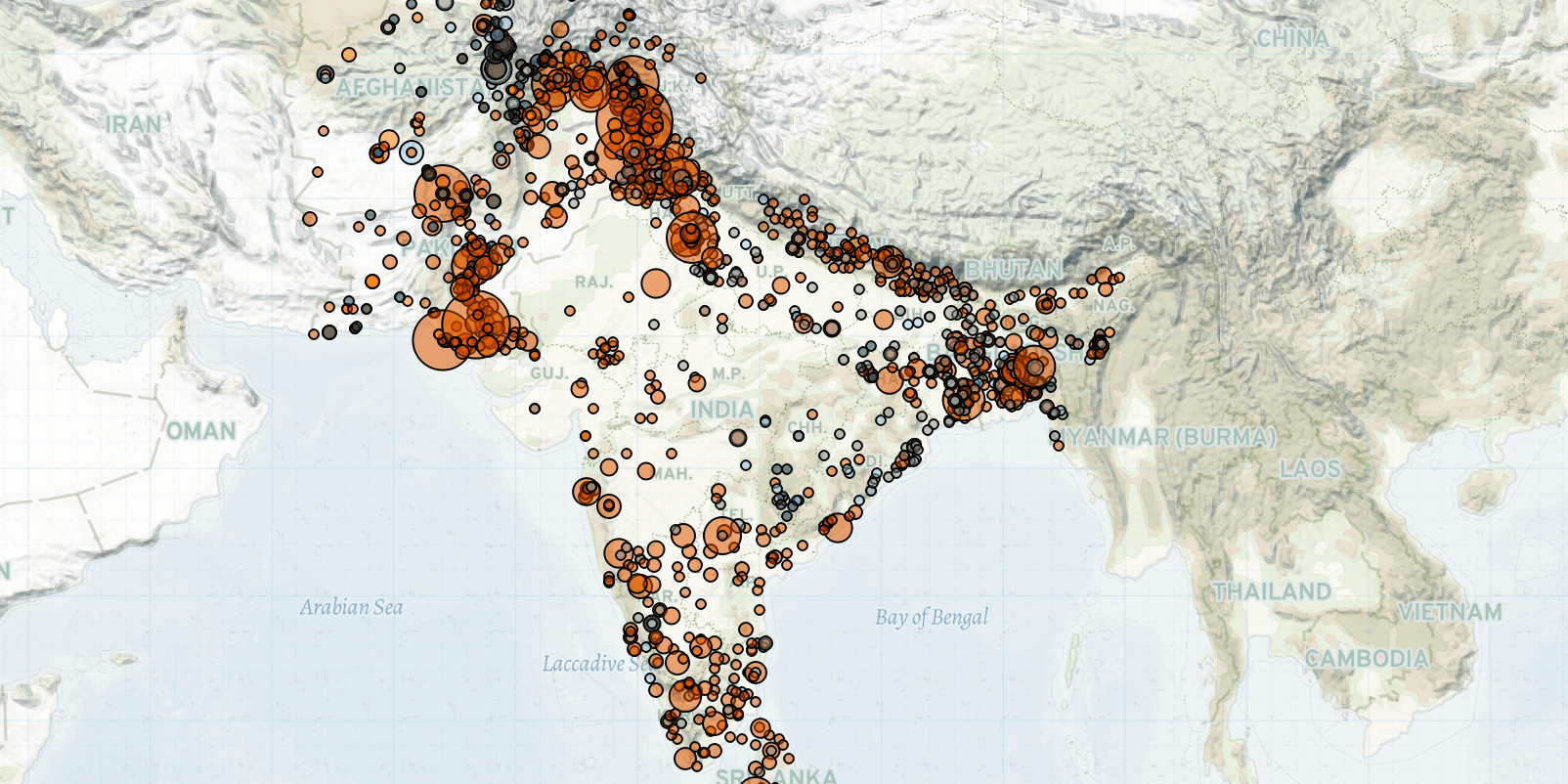 Last week in South Asia and Afghanistan, the National Resistance Front (NRF), the Islamic State (IS), and unknown groups continued to attack Taliban forces in Afghanistan. The Taliban launched nationwide operations during which they arrested IS members and reportedly detained and tortured civilians. Additionally, former judges and engineers working for the government held protests in Kabul. ​​In Pakistan, IS conducted a deadly suicide attack on a Shiite mosque, while Tehreek-i-Taliban Pakistan (TTP) targeted security forces in Khyber Pakhtunkhwa province. Meanwhile, Baloch separatists engaged in armed clashes with security forces and used remote violence against both security forces and civilians in Balochistan. In India, poll-related violence continued during the local government elections in Odisha and West Bengal states, and legislative assembly elections in Uttar Pradesh and Manipur states. In Nepal, violent demonstrations were held against the government for ratifying the Millennium Challenge Corporation (MCC) agreement in parliament.

In Afghanistan, clashes between the NRF and the Taliban continued in Parwan, Baghlan, Badakhshan and Panjshir provinces last week. In Panjshir, the NRF damaged two Taliban helicopters in Shutul district, and claimed to have taken over three Taliban checkpoints in Unaba district. These trends underline how violence continues to surge in Panjshir, with an increase of 168% in the last month relative to past year, as flagged by ACLED’s Subnational Threat Tracker, which first warned of increased violence to come in Panjshir last month. Unidentified groups also targeted Taliban forces with explosives in Kabul and Helmand provinces. In Helmand, a Taliban commander managed to escape unhurt from an explosion targeting his vehicle. Meanwhile, IS killed a Taliban member during a clash in Kunduz. Elsewhere, in Parwan, the Taliban killed an IS militant and arrested others, including a Tajik citizen.

Violence targeting civilians also continued in Afghanistan last week. During search operations, Taliban forces reportedly detained and tortured seven civilians in Baghlan province, a former security officer in Helmand province, and the relatives of another former soldier in Daykundi province. The Taliban also reportedly tortured residents in Khost province under detention after they raised the tricolor Afghanistan national flag, which has become a symbol of anti-Taliban protests since the group seized governance (Baghi TV, 1 March 2022).

In a separate development, engineers from the Ministry of Public Works and former judges held separate protests in Kabul demanding unpaid salaries last week. Demonstrating engineers also complain about the dismissal of large numbers of engineers since the Taliban came into power, while demonstrating former judges demand to be reinstated to their former positions. The Taliban dispersed the protest of former judges. This is the first time ACLED records a protest involving judges since August 2021.

In Pakistan, a suicide bomber detonated an explosive device inside a Shiite mosque during Friday prayers in Peshawar district of Khyber Pakhtunkhwa last week, killing at least 62 people and injuring more than 190. Claiming responsibility for the attack, IS threatened to carry out further attacks against Shiite Muslims in Pakistan (The Guardian, 4 March 2022). In Sunni-majority Pakistan, minority Shiite Muslims have long been targeted by Sunni Muslim Islamist militants, including IS and TTP militants (Reuters, 5 March 2022). Elsewhere in the district, the TTP detonated an IED killing two Frontier Corps (FC) personnel, while a TTP militant was killed during a Pakistani military operation in North Waziristan district. ACLED’s Conflict Change Map first warned of increased violence to come in Pakistan last month.

In Nepal, supporters of various political parties staged violent demonstrations in many parts of the country last week, against the government for ratifying the MCC agreement in parliament. The MCC is a $500 million grant agreement signed with the United States in 2017 for the construction of hydroelectricity transmission lines and the improvement of highways in Nepal (Himalayan Times, 15 September 2017). Parties opposing the agreement claim that conditions in the grant agreement will prevail over Nepali laws and will threaten the country’s sovereignty (Al Jazeera, 20 February 2022). These violent demonstrations contribute to the 540% increase in violence in Nepal over the past week relative to the past month that is flagged by ACLED’s Conflict Change Map.