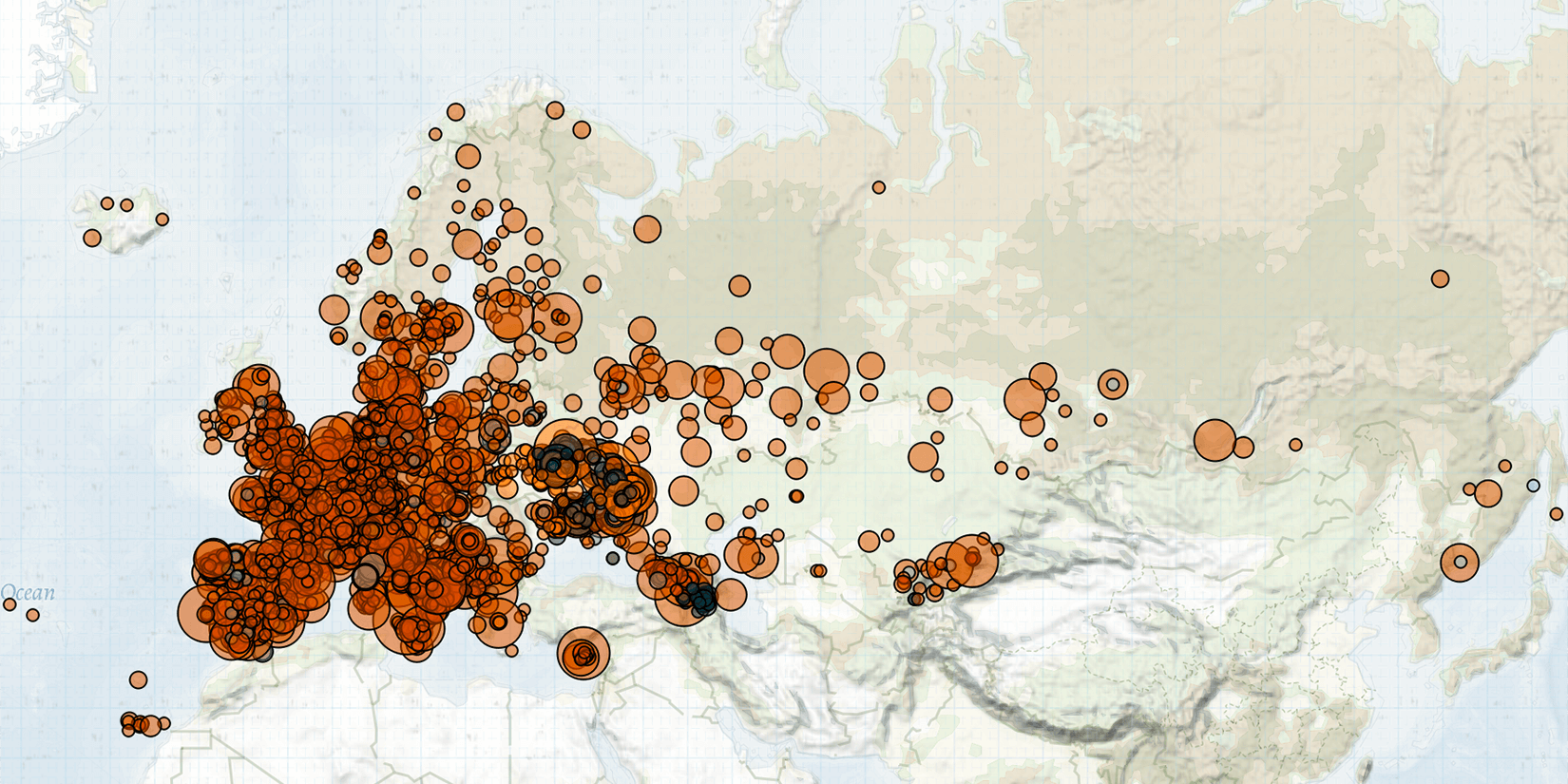 Last week in Europe, Central Asia, and the Caucasus, the Russian invasion of Ukraine continued. Amid the ongoing invasion, people continued to stage demonstrations across the region in support of Ukraine. Additionally, rising fuel prices sparked demonstrations in several countries. Meanwhile, fighting along the Armenia-Artsakh-Azerbaijan Line of Contact continued, amid ongoing tension over gas supply in Artsakh.1The disputed territory of Nagorno-Karabakh is internationally recognized as part of Azerbaijan. ACLED refers to the de facto state and its institutions as Artsakh — the name by which the de facto territory refers to itself. For more on methodology and coding decisions around de facto states, see this methodology primer.

The Russian invasion of Ukraine entered its fourth week last week. Fighting between Russian and Ukrainian forces continued in the northern, eastern, and southern regions of Ukraine. Since the start of the invasion on 24 February, Russian forces have failed to capture any regional centers other than Kherson, though have continued advances against Kyiv, Chernihiv, Kharkiv, Sumy, and Mykolaiv (BBC, 21 March 2022). The city of Mariupol in the Donetsk region remains under Russian siege, with Russian troops engaging in the continuous bombarding of civilian infrastructure and blocking civilian access to food, water, electricity, and heat (Washington Post, 12 March 2022). Local authorities estimate that around 2,500 people have died in Mariupol during the siege (New York Times, 17 March 2022).2Fatality numbers are frequently the most biased and poorly reported component of conflict data; they can vary considerably and are often the subject of debate given the strategic incentives to over- or underestimate these numbers, as well as the significant logistical difficulties in collecting accurate data, among other factors (for more, see this piece by ACLED in Washington Post, 2 October 2017). The Russian military also continued to fire on civilian evacuation routes last week, predominantly in the Kyiv region (Reuters, 13 March 2022). Additionally, Russian troops systematically abducted civilians in the occupied areas last week, including mayors, members of local councils, activists, and at least one journalist. After being released, multiple abductees reported being tortured or otherwise pressured into cooperating with Russian troops and being filmed repeating pro-Russian narratives (Zmina, 18 March 2022). The ongoing invasion drove the 259% increase in violence in Ukraine over the past month relative to the past year flagged by ACLED’s Conflict Change Map3 Amid the ongoing invasion of Ukraine, changes in the media landscape, inaccurate or delayed reporting on active fighting, and the pullout of international monitors from the country all present difficulties for tracking political violence; these challenges should be taken into account when using any real-time data on this context, including from ACLED. (for more information, visit ACLED’s Ukraine Crisis hub, which offers curated data, an interactive dashboard, the latest analysis, and more).

In Belarus, Russian military movements towards Ukraine were hampered by incidents of railway sabotage in several parts of the country last week. Since the start of the Russian invasion of Ukraine, at least eight people have been detained on suspicion of sabotaging Russian trains carrying weapons through Belarus (Nasha Niva, 18 March 2022). Belarusian President Alexander Lukashenko’s cooperation has allowed the Russian military to attack Ukraine from the north, easing operations against Kyiv. Almost a month after the start of the invasion, Russia continues to use the territory of Belarus to reinforce the troops fighting in the Kyiv and Chernihiv regions of Ukraine. On 19 March, the head of Ukrainian railways announced that due to sabotage in Belarus, the railway connection between Belarus and Ukraine no longer exists (Ukrayinska Pravda, 19 March 2022).

Meanwhile, demonstrations in support of Russia’s war against Ukraine took place in Russia, Armenia, Bosnia and Herzegovina, Montenegro, Austria, and Germany last week. Demonstrations in support of the invasion were most prominent in Russia, where they were held in over 50 cities. The demonstrations took place during events commemorating the eighth anniversary of the Russian occupation of Crimea on 18 March. However, some public sector employees claim to have been pressured by authorities to participate (RFE/RL, 18 March 2022). In Austria, demonstrators showed support for Russia or called for Austrian neutrality in the conflict in Ukraine during demonstrations against coronavirus measures.

Along the Armenia-Artsakh-Azerbaijan Line of Contact, ceasefire violations were reported in Azerbaijan and Artsakh last week, albeit at lower levels than the week prior. Ongoing violations have contributed to the 188% increase in violence in Azerbaijan and Artsakh over the past month relative to the past year flagged by ACLED’s Conflict Change Map; the tool first warned of increased violence to come in the region in the past month. Additionally, Armenia and Artsakh saw demonstrations calling attention to the worsening humanitarian situation in Artsakh and specifically a lack of gas supply since 8 March. Almost two weeks after the gas pipeline was broken, Azerbaijan agreed to repair it on 18 March (Asbarez, 22 March 2022). However, the gas supply was soon turned off again, with the Artsakh authorities accusing Azerbaijan of installing a valve in the pipeline during restoration works (Jam News, 22 March 2022). This is important as those living in Artsakh have been facing freezing temperatures and heavy snowfall, made more difficult and dangerous without access to gas (Civilnet, 22 March 2022).