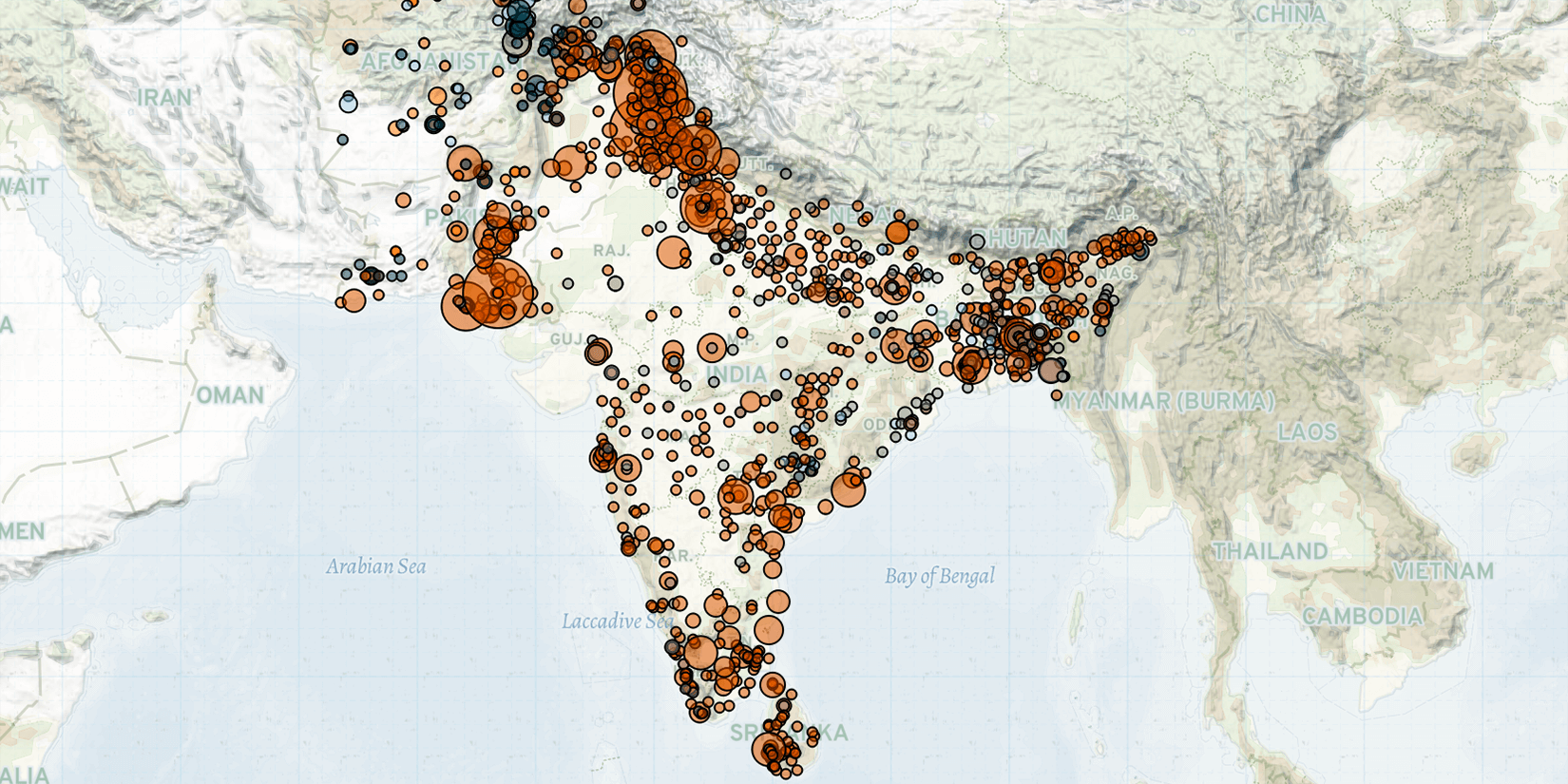 Last week in South Asia and Afghanistan, the Taliban continued to clash with the National Resistance Front (NRF), the recently-emerged Afghanistan Freedom Front (AFF), and the Islamic State (IS) in Afghanistan. The Taliban and unidentified armed groups continued to target civilians, as explosive remnants of the previous war continued to kill civilians, especially children. In Pakistan, Baloch separatists targeted security forces and civilians in Balochistan province, while security forces conducted operations against Tehreek-i-Taliban Pakistan (TTP) militants in Khyber Pakhtunkhwa and Balochistan. In India, poll-related violence broke out in Odisha state following the conclusion of the local-body elections. Meanwhile, labor organizations and trade unions held nationwide demonstrations against the current central government’s economic policies. In Bangladesh, clashes between rival political supporter groups broke out in Chittagong and Khulna divisions during Independence Day celebrations on 26 March. In Sri Lanka, the government imposed a state of emergency as demonstrations intensified over the country’s worst economic crisis in decades.

In Afghanistan, the NRF, the recently-emerged anti-Taliban AFF, and IS continued to attack Taliban forces last week. The NRF claims to have launched deadly retaliatory attacks on Taliban forces in response to Taliban operations targeting the NRF in Baghlan and Panjshir provinces. ACLED’s Subnational Threat Tracker first warned of increased violence to come in Panjshir last month. In Parwan province, the NRF also claims to have conducted several offensives targeting the Taliban, including an attack on the governor’s building in Sayyed Khel district. Additionally, the AFF and the Taliban clashed in Kapisa province, and (for the first time) in Badakhshan, Kandahar, and Jowzjan provinces last week. Lastly, IS clashed with the Taliban in Logar, Nangarhar, and Farah provinces. In Nangarhar, Taliban forces conducted operations killing five people with suspected IS ties in Chaparhar district. These trends contribute to the 400% increase in violence in Nangarhar over the past week relative to the past month, as flagged by ACLED’s Subnational Surge Tracker.

Meanwhile, more than half of all violence reported in the country targeted civilians last week, with civilian targeting events perpetrated by the Taliban as well as by unidentified armed groups. Taliban forces arrested and severely beat the former governor of Nesay district in Badakhshan province, where residents have complained about consistent Taliban attacks and torture (Hasth-e Subh, 31 March 2022). ACLED’s Subnational Surge Tracker first warned of increased violence to come in Badakhshan last month. Further arrests and forced disappearances were also reported throughout last week, including arrests targeting journalists who refuse to comply with the Taliban’s recent ban on broadcasting music in Kandahar province (Committee to Protect Journalists, 28 March 2022).

In Helmand and Kapisa provinces, unexploded ordinances remaining from pre-August 2021 clashes were triggered, resulting in the deaths of at least seven children. In Herat city, a separate explosion last week resulted in the deaths of at least four people, including children, who gathered to play on grounds where bombs had been planted. Taliban authorities say that the entire area had recently been swept of remnant explosives, so the bombs that exploded were likely planted just before the group came to play (Deutsche Welle, 2 April 2022). Who planted the explosives remains unknown. Civilians in Herat have faced violence from unidentified armed groups and by Taliban forces since the fall of Kabul in August 2021. The deadliest was an IS attack in January, which killed eight Hazaras. Violence in Herat is both common and highly volatile, and it is considered an area of ‘extreme risk’ by ACLED’s Volatility and Predictability Index.

Elsewhere in Pakistan, security forces conducted operations against TTP militants last week in response to increasing militant attacks in Khyber Pakhtunkhwa province. Multiple fatalities were reported across separate clashes in a number of districts in the province. These trends contribute to the 183% increase in violence in the province last week relative to the past month, as flagged by ACLED’s Subnational Surge Tracker. Meanwhile, Pakistani forces also conducted operations against TTP militants in Quetta city in Balochistan province, killing three militants. Together, Baloch separatist and TTP activity contributed to the 62% increase in violence in Pakistan over the past week relative to the past month that is flagged by ACLED’s Conflict Change Map.

In India, poll-related violence continued in Odisha state last week, following the conclusion of the local-body elections on 24 March. At least one fatality was reported across multiple incidents involving Biju Janata Dal (BJD) and Bharatiya Janata Party (BJP) supporters. Election-related violence contributed to the 160% increase in violence in Odisha last month relative to the past year flagged by ACLED’s Subnational Threat Tracker, which first warned of increased violence to come in the state last month.

Meanwhile, members of various labor organizations and trade unions held demonstrations across the country last week, against the central government’s economic policies. Demonstrators demand the restoration of the old pension system and the regularization of contractual workers, and decry the increasing privatization of various sectors of the economy. The demonstrations were held in support of a two-day nationwide strike on 28-29 March called by the Trade Union Joint Action Committee (TUJAC) – a joint platform of 10 central trade unions and independent sectoral federations/associations (Free Press Journal, 28 March 2022). While the overwhelming majority of demonstrations remained peaceful, outbreaks of violence were reported during demonstrations in Kerala and West Bengal states.

In Bangladesh, multiple clashes between rival political party supporters were reported in Chittagong and Khulna divisions during Independence Day celebrations on 26 March. In Chittagong, a clash broke out between members of the Bangladesh Awami League (AL) and the Bangladesh Nationalist Party (BNP) during Independence Day festivities in Lakshmipur district, causing injuries to at least 20 people. In Khulna, a factional clash broke out between two groups of AL members over the placing of wreaths at a monument during an Independence Day function in Kushtia district. Violence in these divisions is both common and highly volatile; they are both considered to be areas of ‘extreme risk’ by ACLED’s Volatility and Predictability Index.

In Sri Lanka, demonstrators intensified anti-government demonstration activity across various places in the country last week, demanding the resignation of President Gotabaya Rajapaksa amid the ongoing economic crisis. In Colombo, more than 5,000 demonstrators attempted to storm the president’s residence in Mirihana city and set fire to a bus carrying police personnel, leaving two journalists and four personnel injured (Virakesari, 1 April 2022). As the demonstrations spread, Rajapaksa declared a state of emergency for the “protection of public order and the maintenance of supplies and services essential to the life of the community” (Al Jazeera, 1 April 2022). Sri Lanka is facing one of its worst economic crises in recent decades, with rising inflation, weak government finances, and COVID-19 impacting the economy (DW, 28 March 2022).