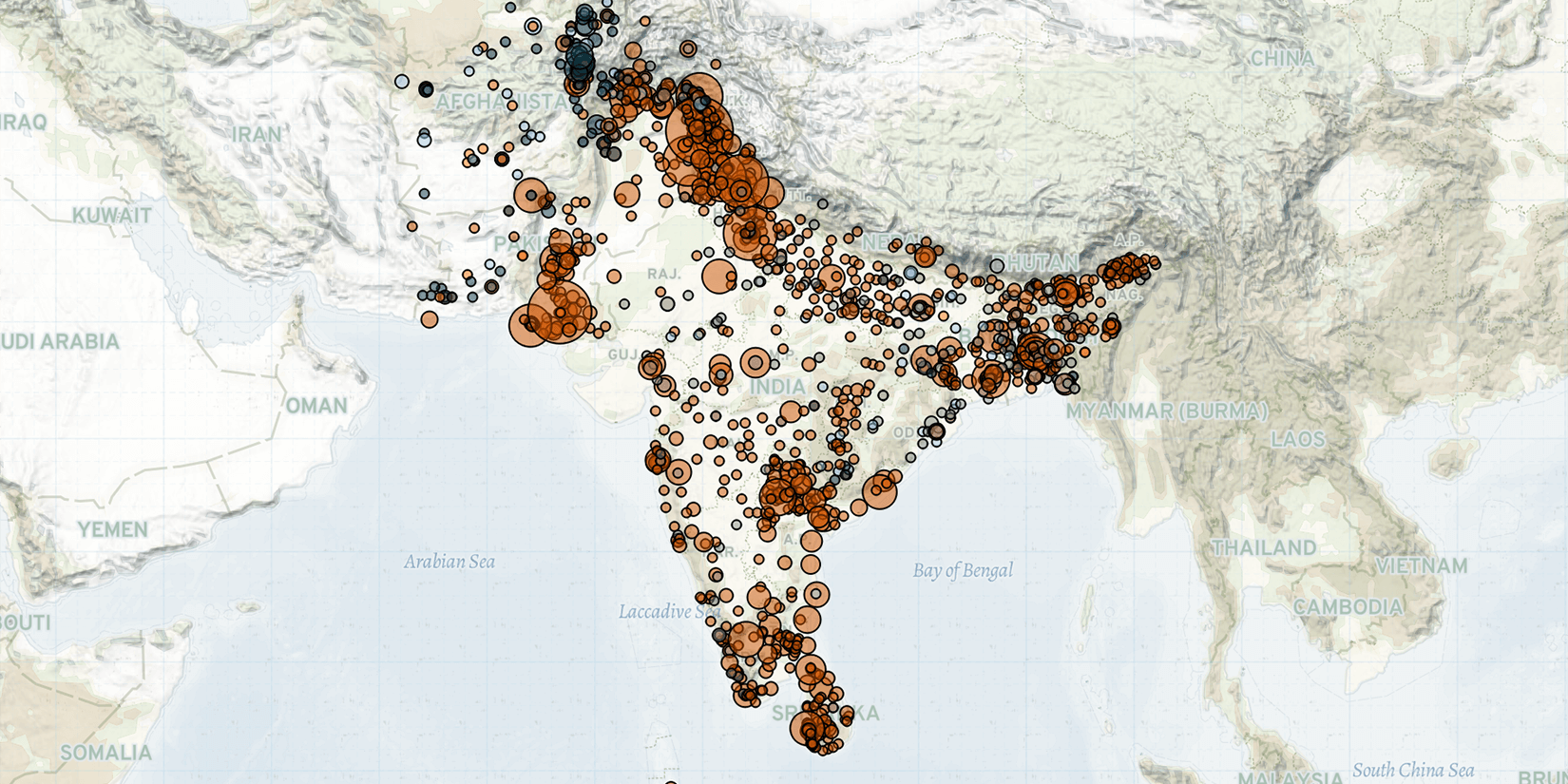 Last week in South Asia and Afghanistan, the National Resistance Front (NRF) and the Afghanistan Freedom Front (AFF) continued to clash with the Taliban in Afghanistan. The Taliban and unidentified groups continued to target civilians, while reports emerged of a US drone attack targeting a Taliban weapons cache. In Pakistan, Baloch separatists targeted security forces and infrastructure projects in Balochistan province, while security forces continued operations against Tehreek-i-Taliban Pakistan (TTP) militants in Khyber Pakhtunkhwa. In India, security forces conducted operations against militants in Jammu and Kashmir (J&K) and Assam. Meanwhile, communal clashes broke out between Hindu and Muslim groups in Madhya Pradesh state, and armed assailants targeted political party members during legislative council elections in Bihar state. In Sri Lanka, demonstrations increased in response to the country’s worst economic crisis in decades.

In Afghanistan, the NRF and the AFF continued to clash with Taliban forces last week. In Baghlan province, the Taliban reportedly launched a large operation against the NRF using helicopters on 7 April in Andarab district (Shafaqna, 8 April 2022). This comes amid lethal clashes between the NRF and the Taliban in Andarab in recent weeks, specifically around Qasan valley. The NRF claimed to have pushed Taliban fighters out of the valley last week, causing at least 18 Taliban fatalities over two days of fighting (Hasht-e Subh, 8 April 2022). The NRF also attacked Taliban forces in Panjshir province, claiming five different attacks resulting in over a dozen Taliban fatalities. These trends contributed to the 100% increase in violence in Panjshir last week relative to the past month, as flagged by ACLED’s Subnational Surge Tracker. The Subnational Tracker first warned of increased violence to come in Panjshir in the past month. Meanwhile, the AFF attacked the Taliban in Badakhshan, Baghlan, Kandahar, Parwan, Takhar, and — for the first time — Laghman and Samangan provinces. Elsewhere, Islamic State (IS) attacked a Taliban vehicle with a roadside explosive in Kabul city, while the Taliban killed two alleged IS militants during a raid in Kama district of Nangarhar province.

The Taliban and unknown perpetrators also continued to carry out attacks on civilians last week. On 2 April, Taliban forces killed healthcare workers in Balkh and Herat, with unknown motives. ACLED records multiple Taliban attacks on health workers since the group seized government in August 2021. While the motives of many attacks remain unknown, several killings have been linked to health workers or their families working for the previous government. Women also reported being beaten by the Taliban for failing to comply with the latest dress code rules and ban on women traveling alone (Rukhshana Media, 7 April 2022; Shafaqna, 6 April 2022). Meanwhile, in Kabul city, unknown perpetrators threw a grenade into a mosque, killing at least six civilians. This is the second deadliest grenade attack recorded by ACLED in Afghanistan, after an attack in Laghman province in 2017 that left 11 civilians dead. Another unclaimed grenade attack in a market killed one civilian and injured at least 10 others. ACLED records over a dozen grenade attacks across the country since the Taliban came into power. The majority of such attacks have been conducted by unidentified groups, while IS has also launched grenade attacks against Taliban targets.

In a separate development, reports emerged of an alleged US drone strike on a Taliban weapons cache in Washer district of Helmand province on 30 March (Modern Diplomacy, 7 April 2022; Hasht-e Subh, 7 April 2022). The Taliban denied reports of the strike, claiming that explosions in the area were the result of the controlled detonation of old mines (TOLO News, 8 April 2022).

In India, security forces conducted operations against National Liberation Front of Bodoland (NLFB) militants along the India-Bhutan border in Assam state last week, killing two militants in Chirang district. The clash contributed to the 100% increase in violence in Assam last week relative to the past month flagged by ACLED’s Subnational Surge Tracker. The Subnational Tracker first warned of increased violence to come in Assam in the past month.

Security forces also conducted operations against militant groups in J&K last week, including the Lashkar-e-Taiba (LeT) and the Ansar Ghazwat-ul-Hind (AGuH). Multiple fatalities were reported across separate clashes in a number of districts. Militants also targeted minorities and non-local laborers, injuring at least five people across separate attacks. Violence involving armed militant groups contributed to the 30% increase in violence in India last month relative to the past year flagged by ACLED’s Conflict Change Map, which first warned of increased violence to come in the country in the past month.

Meanwhile, communal clashes broke out last week between Hindu and Muslim groups in Madhya Pradesh state over Hindu New Year celebrations on 2 April, with clashes in Karauli district resulting in injuries to at least 36 people. Such intercommunal violence contributed to the 300% increase in violence in the state over the past week relative to the past month, as flagged by ACLED’s Subnational Surge Tracker.

In Bihar state, armed assailants targeted political party members during state legislative council elections on 4 April. Attacks were carried out against members of various parties, including Rashtriya Janata Dal (RJD) and the Communist Party of India (Marxist-Leninist), leading to multiple fatalities across the state. Political targeting contributed to the 185% increase in violence in Bihar last month relative to the past year flagged by ACLED’s Subnational Threat Tracker. The Subnational Tracker first warned of increased violence to come in Bihar in the past month.

In Sri Lanka, anti-government demonstrations broke out across the country last week, demanding the resignation of President Gotabaya Rajapaksa amid the ongoing economic crisis. Sri Lanka is facing one of its worst economic crises in recent decades, with rising inflation, weak government finances, and COVID-19 impacting the economy (DW, 28 March 2022). Meanwhile, Rajapaksa revoked a state of emergency order on 5 April, five days after imposing it, as dozens of politicians left the ruling coalition, leaving his government in a minority position (Al Jazeera, 5 April 2022).