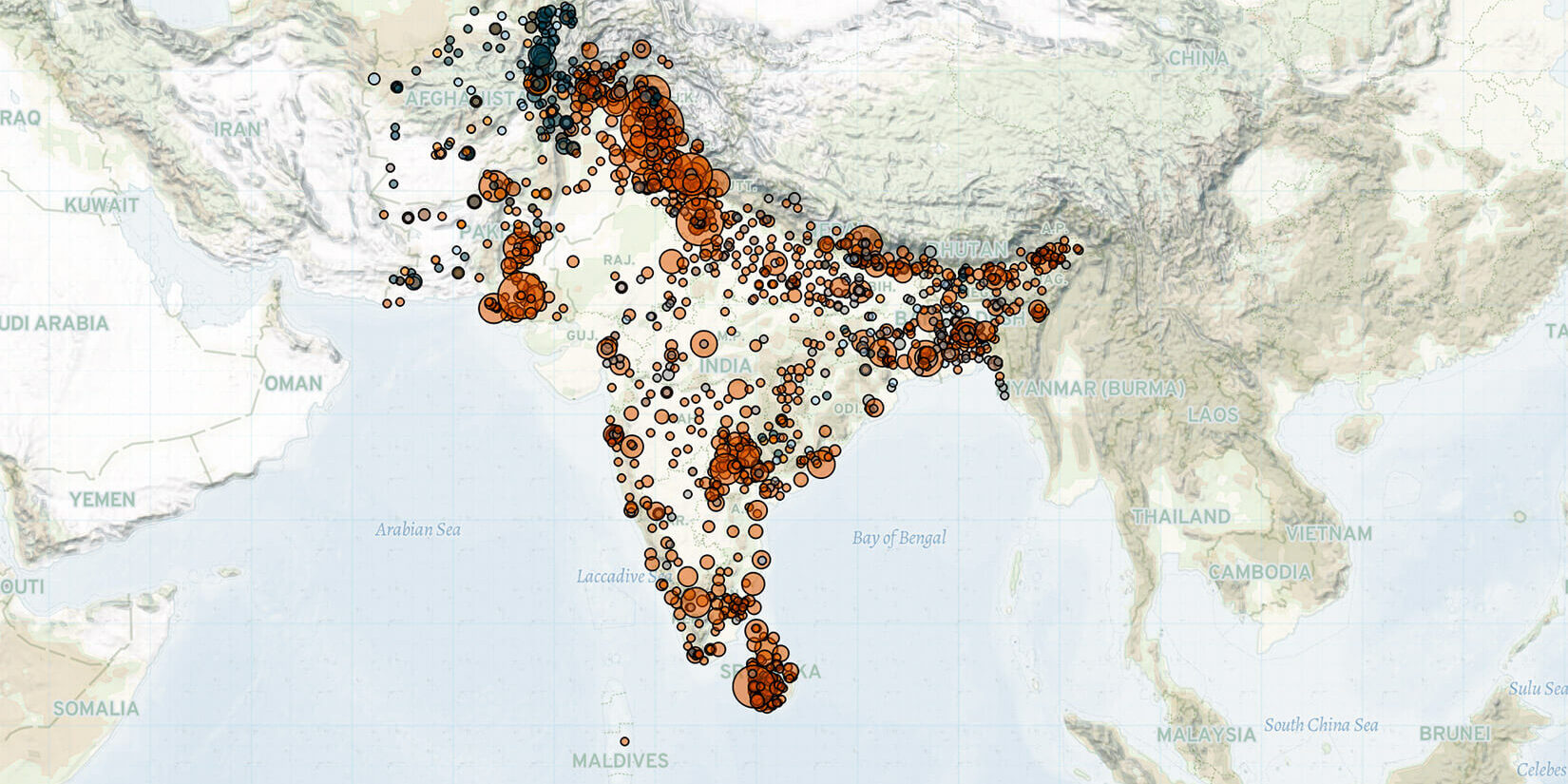 Last week in South Asia and Afghanistan, Islamic State (IS) and unidentified groups killed dozens of civilians across separate attacks in Afghanistan, including targeted attacks on mosques and members of the Hazara community. Multiple armed groups launched attacks on the Taliban, including the National Resistance Front (NRF) and the Afghanistan Freedom Front (AFF), while IS increased its offensives on Taliban forces. In Pakistan, Baloch separatists clashed with security forces and targeted civilians in Balochistan province, while Tehreek-i-Taliban Pakistan (TTP) and IS targeted security forces in Khyber Pakhtunkhwa. In India, security forces continued operations against militants in Jammu and Kashmir (J&K), while communal clashes broke out between Hindu and Muslim groups in Delhi and Maharashtra. In Sri Lanka, demonstrators continued anti-government demonstration activity amid the country’s worst economic crisis in decades. In Bangladesh, factional clashes between rival political party supporters broke out in Khulna division.

In Afghanistan, dozens of civilians were killed by IS and unknown groups during attacks across the country last week, including deadly bombings at mosques in Balkh and Kunduz provinces. In Balkh province, an IS-planted explosive went off in a Shiite mosque in Mazar-e-Sharif city on 21 April, killing at least 10 people and injuring over 30. Taliban officials claim to have since arrested the main IS militant behind this explosion (Ariana TV, 22 April 2022). The following day, in Kunduz province, unknown perpetrators planted explosives inside a Sunni mosque in Hazrati Imam Sahib district, killing at least 33 people during Friday prayers. The attacks took place as the Muslim holy month Ramadan is ongoing, augmenting insecurity for the worshippers.

Meanwhile, in Kabul, multiple deadly explosions — perpetrated by IS and unknown groups — targeted members of the Hazara community. This surge of attacks triggered a large protest in Kabul, with protesters demanding that the Taliban provide security and calling the attacks against the Hazara community acts of “genocide” (Hasht-e Subh, 22 April 2022). Taliban forces intervened with aerial fire to disperse the protest and injured two people. These trends contribute to the 157% increase in violence in Kabul over the past week relative to the past month, as flagged by ACLED’s Subnational Surge Tracker.

IS also increased its attacks on the Taliban last week, killing at least 13 Taliban members during clashes in Kabul, Kunar, Logar, Nangarhar, and Takhar provinces. IS explosions targeting civilians and clashes with the Taliban last week marked a significant increase in IS activity compared to recent months (for more on IS activity in Afghanistan, see this infographic). While the Taliban has been carrying out anti-IS operations since their takeover of Afghanistan, last week’s attacks raise concerns about the effectiveness of such operations and the possibility of IS launching larger offensives in the coming months (The Washington Post, 22 April 2022).

Meanwhile, the NRF and the AFF continued to attack Taliban forces in northern Afghanistan last week, with the AFF also attacking the Taliban in southern Kandahar province. The Liberation Front of Afghanistan and Wolf Unit anti-Taliban groups also claimed separate attacks in Kapisa and Balkh provinces, respectively. The Wolf Unit is reportedly led by the son of Uzbek-Afghan warlord Abdul Rashid Dostum, while the Liberation Front of Afghanistan declared its formation in February without any affiliation (The Institute for the Study of War, 9 March 2022). Additionally, the militia of Atta Mohammad Noor — a former governor of Balkh province and prominent warlord — clashed with the Taliban in Mazar-e Sharif city following the explosion in the Shiite mosque. Noor’s nephew was reportedly killed in the clash, along with a number of militiamen and Taliban members.

Elsewhere, in Khyber Pakhtunkhwa province, TTP militants continued to clash with state forces and target security forces and civilians with explosive attacks last week. Multiple fatalities were reported across separate attacks in a number of districts in the province. Meanwhile, IS militants shot and killed a policeman in Peshawar district. The militants also destroyed a telecommunications tower with explosives in Bajaur district, contributing to the 100% increase in violence in Khyber Pakhtunkhwa last month relative to the past year flagged by ACLED’s Subnational Threat Tracker, which first warned of increased violence to come in Khyber Pakhtunkhwa in the past month.

In India, security forces continued operations against militant groups in J&K last week, including the Jaish-e-Mohammad (JeM) and the Lashkar-e-Taiba (LeT). In Baramulla district, security forces clashed with LeT militants during an operation, killing four militants. Multiple fatalities were also reported across other clashes in a number of districts. Meanwhile, militants targeted non-local civilians, injuring at least four persons across separate attacks.

Elsewhere in India, communal clashes broke out between Hindu and Muslim groups in Delhi and Maharashtra last week. In Delhi, at least 10 people were injured in a clash between members of Hindu and Muslim communities during a procession marking the Hindu religious festival of Hanuman Jayanti on 16 April. In Maharashtra, members of the two communities clashed in Achalpur city after a saffron flag (Hindu religious flag) was hoisted in an area primarily inhabited by Muslims. Two policemen were injured after they tried to intervene in the clash. Communal clashes contributed to significant increases in violence in both Delhi and Maharashtra over the past week relative to the past month as flagged by ACLED’s Subnational Surge Tracker. The Subnational Tracker first warned of increased violence to come in Maharashtra in the past month.

In Sri Lanka, demonstrators continued anti-government demonstration activity across the country last week, demanding the resignation of President Gotabaya Rajapaksa over Sri Lanka’s ongoing economic crisis. Amid the demonstrations, security forces killed at least one demonstrator and injured 14 others when they opened fire on demonstrators in Rambukkana town in Kegalle district. As Sri Lanka continues to face one of its worst economic crises in recent decades (DW, 28 March 2022), the government has requested urgent financial assistance from the International Monetary Fund (IMF) to help import essentials and pay creditors (Al Jazeera, 19 April 2022).

In Bangladesh, intra-factional clashes broke out between rival political party supporters in Khulna division last week amid internal power disputes across multiple parties. At least one fatality and multiple injuries were reported across separate clashes involving different factions of the Bangladesh Awami League (AL), the Bangladesh Nationalist Party (BNP), and the Jatiyatabadi Jubo Dal (JJD). ACLED’s Subnational Surge Tracker first warned of increased violence to come in Khulna in the past month.