Heavy fighting continued in the eastern and southern regions of the country last week. The Donetsk region remained the most active conflict zone, home to almost half of all political violence reported in the country last week. Russia continued to carry out airstrikes and artillery attacks and to clash with remaining Ukrainian troops in the besieged Azovstal plant in Mariupol. In the Luhansk region, Russian forces engaged in several unsuccessful offensive operations last week. Ukrainian forces repelled Russia’s multiple attempts to cross the Siverskyi Donets river in the Severodonetsk district of the Luhansk region, inflicting significant losses on the Russian side (The Guardian, 14 May 2022; Suspilne Media, 13 May 2022). 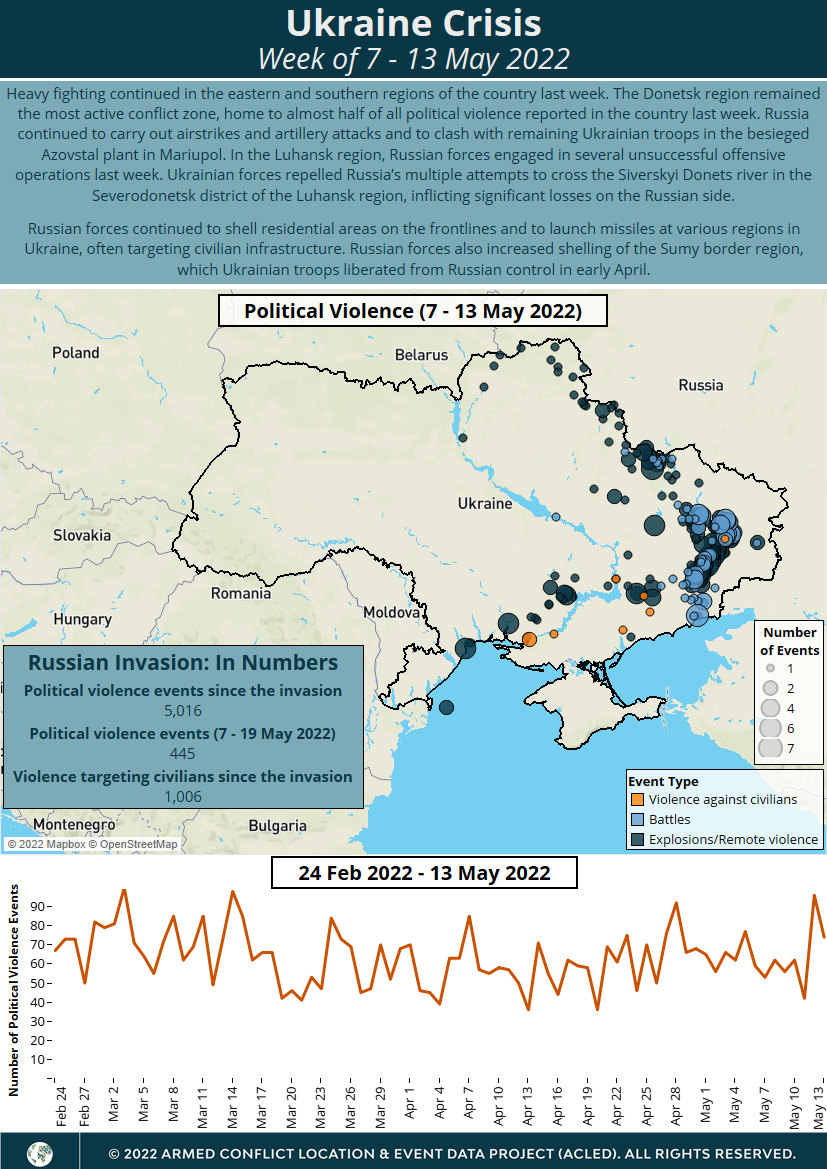