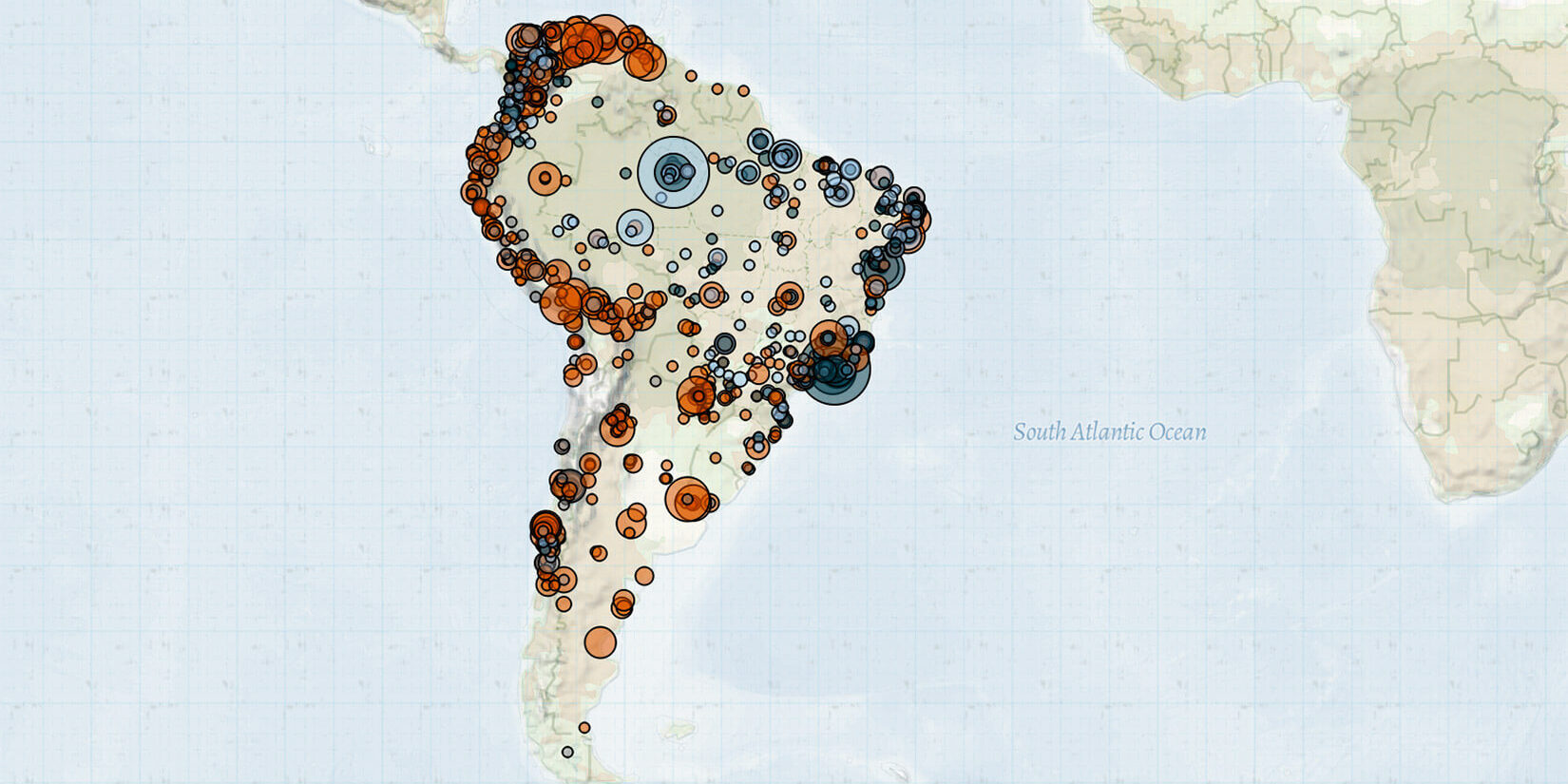 Last week in South America, demonstrations fell compared to the week prior. While organized political violence decreased overall in the region, targeted attacks against state officers and members of vulnerable groups were reported in several countries. In Brazil, violence significantly increased in Pará state due to targeted attacks against retired and active security officers, while armed clashes continued unabated in Rio de Janeiro city amid an ongoing turf war between drug trafficking groups. Meanwhile, in Colombia, unidentified armed groups carried out a series of attacks against vulnerable groups last week, with further attacks also targeting off-duty police officers. In Chile, Indigenous militias continued to carry out attacks against forestry companies in the southern regions, prompting the government to reintroduce a state of emergency. Meanwhile, nationwide labor protests took place in response to the state revision of pay scales in Venezuela, as mining workers protested against mining blockades in Peru.

In Brazil, violence significantly increased in Pará state last week. Suspected members of organized crime groups killed seven active and former security agents, including military and civil police officers, prison guards, and municipal guards, in the capital of Belém and nearby cities. Most of the attacks were aimed at retired and off-duty officers. According to analysts, even though retired security agents may not pose an immediate threat to the illegal activities carried out by these groups, the killings are viewed as status for the gangs (G1, 19 May 2022). Moreover, in Altamira city, four people were killed, and another four were injured when two gunmen opened fire at a bar. The attack was believed to be the result of a territorial dispute between rival groups, with two drug traffickers targeted in the shooting (Meio Norte, 16 May 2022). These recent trends contribute to the 118% increase in violence in Pará state over the past month relative to the past year, as flagged by ACLED’s Subnational Threat Tracker.

In Rio de Janeiro city, a turf war fueled by competition for drug-selling points between the Red Command (CV) and the Pure Third Command (TCP) continued for the second consecutive week. Clashes have been reported for more than a week in the Morro dos Macacos community, North Zone of the city, resulting in the deaths of one civilian and three drug trafficking suspects. In response to the violence, state forces reinforcements were sent to the area throughout the week, and several schools and health centers were closed (G1, 15 May 2022).

In Colombia, a series of attacks against vulnerable groups were reported last week. Unidentified armed groups killed five social leaders in separate attacks in the departments of Bolívar, Cauca, and Valle de Cauca. Another six people, members of vulnerable groups, including Indigenous communities and farmers, were also killed in targeted attacks across the country. Following the killing of an Afro-Colombian leader in Santander de Quilichao, Cauca department, the United Nations expressed concern and urged the Colombian government to take action against violence experienced by vulnerable communities in Cauca (DW, 16 May 2022). According to a recent report by the National Ombudsman’s Office, Cauca is listed as the department with the highest risk of increased violence from armed groups ahead of the 29 May presidential elections (El Pais, 19 May 2022).

Additionally, unidentified armed individuals shot dead two police officers near the municipal park in Anorí, Antioquia department. The officers were returning to the police station to cover their shift when the armed perpetrators opened fire. Authorities are investigating if the targeted killings were part of a “Pistol Plan” (Plan Pistola, in Spanish), where armed groups attack off-duty state forces (Caracol Radio, 18 May 2022). While the Gulf Clan is suspected to be involved in the attack, the area is also known for the presence of the National Liberation Army (ELN) and dissidents of the Revolutionary Armed Forces of Colombia (FARC) (Caracol Radio, 18 May 2022). Recent violent episodes contributed to the 106% increase in violence in Antioquia department last month relative to the past year flagged by ACLED’s Subnational Threat Tracker, which first warned of increased violence to come in Antioquia in the past month. Violence in the department is both common and highly volatile; it is considered an area of ‘extreme risk’ by ACLED’s Volatility and Risk Predictability Index.

Meanwhile, in Chile, violence perpetrated by Indigenous militias continued unabated in the southern regions last week. In response to the violence — and following weeks of demonstrations led by forestry workers and truck drivers against increased insecurity — the government restored a state of emergency in southern Chile on 17 May (La Nación, 17 May 2022). The measure allows for the deployment of military troops for 15 days — with the possibility of an extension for another 15 days — in the provinces of Biobío, Arauco, Malleco, and Cautín, located in the Biobío and Araucanía regions (La Nación, 17 May 2022). The state of emergency had been previously adopted on 12 October 2021 to allow for continued military patrols in areas with high Indigenous militia activity but was suspended on 26 March 2022 (BBC, 14 October 2021; La Tercera, 26 March 2022). Following the announcement, the Mapuche Malleco Resistance (RMM) set fire to a forestry company’s warehouse near Victoria commune, Araucanía. Similarly, on 20 May, near Collipulli commune, a group of 15 armed men raided a forestry company and beat and seriously injured a worker. ACLED’s Subnational Surge Tracker first warned of increased violence to come in both Araucanía and Biobío regions in the past month.

In Venezuela, nationwide labor protests broke out as teachers and university workers marched last week to denounce a loss of income and benefits since the National Budgeting Office officially revised pay scales on 15 March. The revision was marketed by the regime as a massive win for workers because it raised the national minimum wage significantly (El Universal, 23 May 2022). However, demonstrators state that the new salary tables violate collective bargaining agreements by removing many labor benefits, particularly those of university workers (El Universal, 23 May 2022; Diario 2001, 18 May 2022).

Finally, in Peru, mining workers staged several protests last week to demand a solution to an ongoing dispute involving the Las Bambas company and local Indigenous communities in Challhuahuacho district, Apurimac department. In recent weeks, local Indigenous communities have blocked roads around the mine in the Fuerabamba village to denounce the company for not complying with previously established social and environmental agreements. With their work being paralyzed due to the residents’ protests, mining workers took to the streets in the cities of Lima, Arequipa, and Cusco to call for government intervention to allow more than 9,000 miners to return to work (Diario Correo, 19 May 2022). The production capacity of the Las Bambas copper mine, owned by the Chinese company Minerals and Metals Group (MMG), represents 1% of Peru’s GDP (Géstion, 19 April 2022).