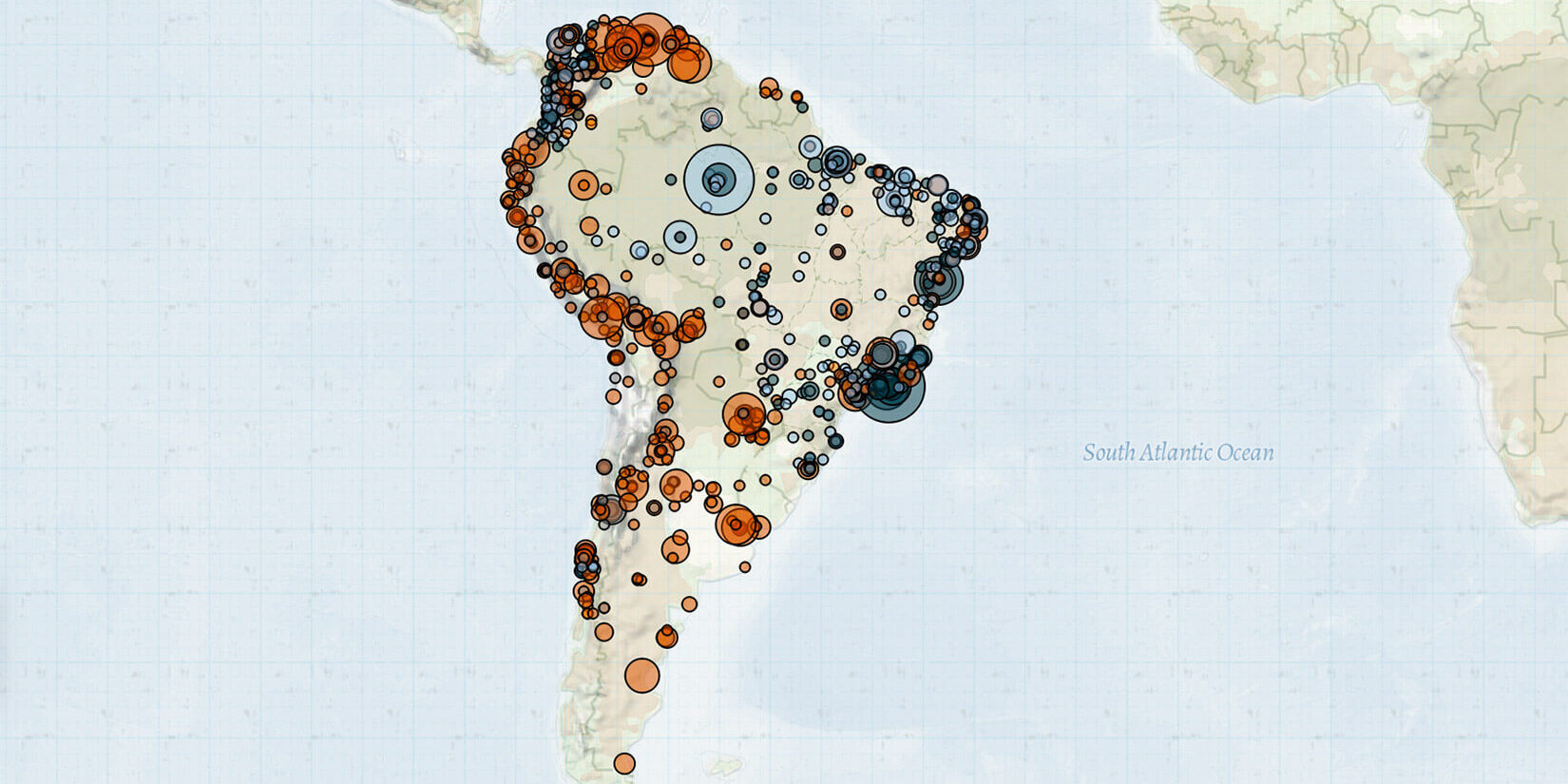 Last week in South America, Revolutionary Armed Forces of Colombia (FARC) dissident factions led several attacks in Colombia in response to the killing of a FARC leader in Venezuela as voters went to the polls for the first round of presidential elections on 29 May. In Brazil, suspected organized groups carried out several targeted attacks against prisoners and former prisoners in Rondônia, while violence increased in Maranhão state. Meanwhile, civilians continued to be caught in the crossfire of gang-related clashes in Rio de Janeiro state. In Chile, student demonstrations continued for the second consecutive week, with violent clashes reported with police forces in the capital, Santiago. In Venezuela, labor groups took to the streets over labor-related demands and increased fuel prices, while women’s groups led protests across Argentina to repudiate gender-based violence.

In Colombia, voters went to the polls for the first round of presidential elections on 29 May, with no candidate receiving the majority of votes required to avoid a runoff. Left-wing candidate and former M-19 guerrilla member Gustavo Petro, who came out on top with 40% of the votes, will face conservative, populist businessman Rodolfo Hérnandez in a runoff on 19 June (The Guardian, 30 May 2022).

Amid the voting, different FARC dissident factions carried out ambushes against state forces in the departments of Cauca, Caquetá, Guaviare, Meta, and Norte de Santander. In Vistahermosa municipality, Meta department, suspected members of the Jorge Briceno FARC dissident front attacked a group of soldiers and civilians carrying electoral material, killing one civilian and injuring one soldier. The attacks came after reports emerged confirming the death of the leader of the 7th FARC dissident front, Miguel Botache Santillana (alias: Gentil Duarte), in an explosive attack in early May in Zulia state, Venezuela. While the authorship of the killing has not been confirmed, FARC dissidents have attributed it to Colombian military forces (El Espectador, 31 May 2022). Other sources have attributed the killing to the rival Second Marquetalia FARC or the National Liberation Army (ELN) (Correo del Caroni, 26 May 2022). ACLED’s Conflict Change Map first warned of increased violence to come in Colombia in the past month.

In Brazil, violence targeting civilians increased in Rondônia state last week. Suspected members of organized crime groups killed six people in four different targeted attacks in less than 24 hours in the capital, Porto Velho. Most of the victims were either former prisoners or prisoners on parole, but authorities have not confirmed if the attacks are linked to territorial disputes between gangs (G1, 30 May 2022; O Observador, 31 May 2022). Bordering Bolívia in the Amazon river basin, Rondônia is home to several drug trafficking routes and gangs involved in the smuggling of illegal goods, illegal gold mining, and land grabbing (Fórum Brasileiro de Segurança Pública, 1 November 2021).

Meanwhile, in Maranhão state, at least five deaths were reported last week stemming from organized crime-related violence, including clashes between criminal groups and state forces, as well as targeted attacks against civilians. These trends contribute to the 167% increase in violence in the state over the past week relative to the past month, as flagged by ACLED’s Subnational Threat Tracker.

In Rio de Janeiro state, civilians continue to be at high risk of being caught in the crossfire of clashes between criminal groups, as well as clashes between these groups and state forces. In Curicica neighborhood, in the West Zone of Rio de Janeiro city, a four-year-old girl was shot in the head and severely injured during a shoot-out between rival police militia groups last week. In Morro do Adeus community, in the North Zone of the city, a nurse on her way to work was shot and injured during an armed clash between Red Command (CV) suspects and military police officers. At least four other civilians were shot and wounded amid shoot-outs in Rio de Janeiro state last week.

Meanwhile, in Chile, heightened levels of violence continued in Santiago for the second consecutive week. In the Metropolitana region, high school students took to the streets to demand improvements to infrastructure conditions and the curriculum, as well as the provision of food grants to students. Demonstrations turned violent in different communes of Santiago, with students installing barricades, throwing Molotov cocktails, and clashing with police forces. Two police officers and three police station maintenance workers were injured in the violence, while rioters set several vehicles on fire and looted commercial establishments. Continued outbreaks of violent demonstration activity contribute to the 134% increase in violence in the Metropolitana region last month relative to the past year flagged by ACLED’s Subnational Threat Tracker. The Subnational Tracker first warned of increased violence to come in Metropolitana in the past month.

In Venezuela, major coordinated protests continued to drive demonstration events across the country last week. On 29 May, retirees took to the streets on National Elders’ Day to demand better pensions, while professional drivers also coordinated protests against increased fuel prices. Meanwhile, health workers went on strike and held nationwide demonstrations outside hospitals after the Ministry of Health failed to deliver promised labor benefits.

Finally, in Argentina, women’s organizations took to the streets last week in several provinces to protest against femicide and gender-based violence under the movement Not One [Woman] Less (Ni una menos, in Spanish). Rallies took place during the seventh anniversary of the movement on 3 June, which started as a plea for justice over the femicide of a pregnant teenager who was killed by her boyfriend in Santa Fé province (Clarín, 3 June 2022). In recent years, the movement has also spread to other Latin American and European countries (Ambito, 3 June 2022).