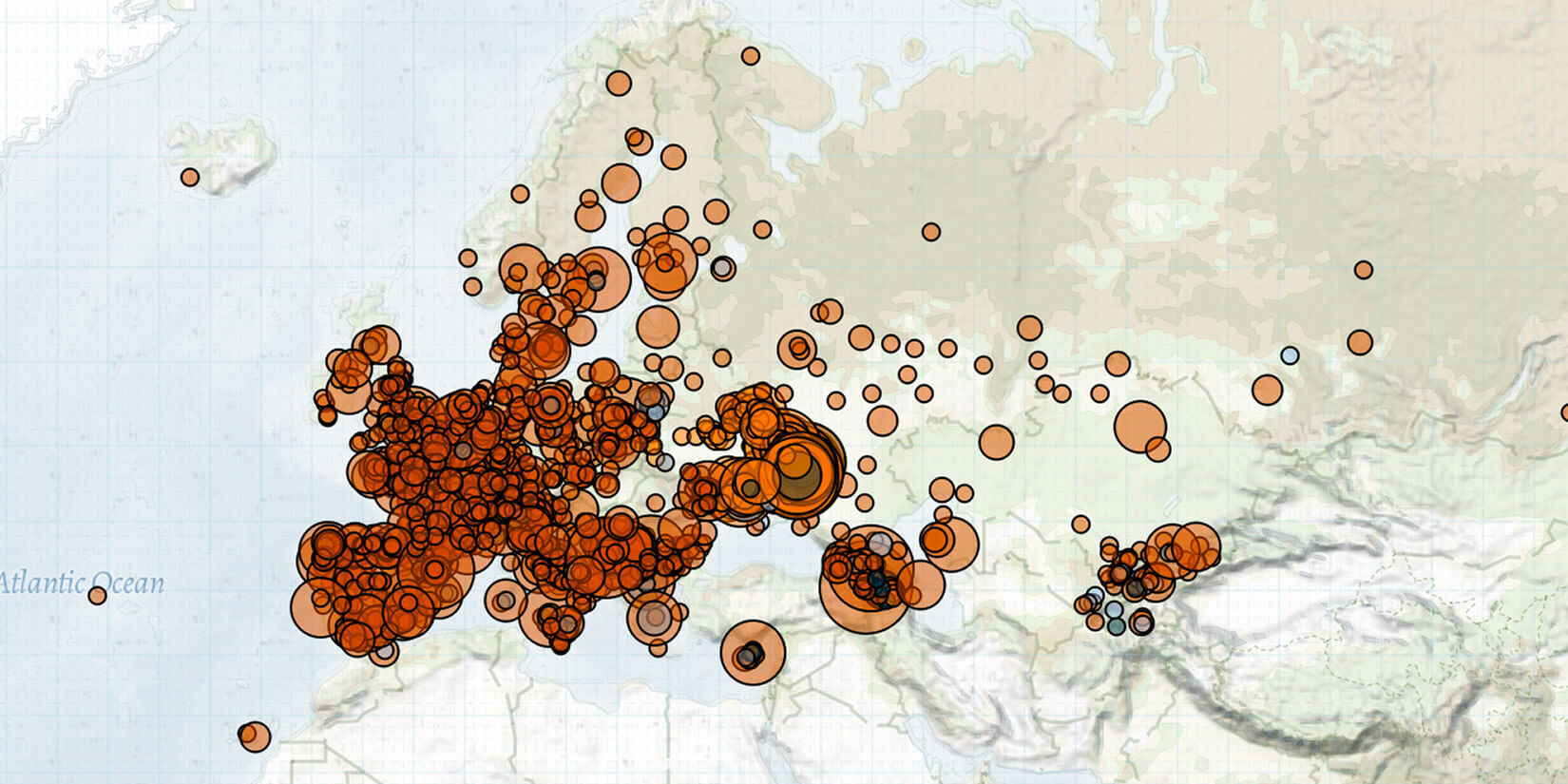 Last week in Europe, Caucasus, and Central Asia, the Russian military invasion of Ukraine continued, fueling demonstrations in solidarity with Ukraine across the region. Attacks against military enlistment offices continued in Russia. Meanwhile, demonstrators held rallies against fuel price hikes and LGBT+ discrimination in several countries. In France, police shot at civilians who did not stop at a road check.

In Ukraine, fighting between Russian and Ukrainian forces continued in the eastern and southern regions of the country last week. The battle for Severodonetsk in the Luhansk region continued, with Russian forces reportedly pulling troops from the Zaporizhia region to support the offensive on Severodonetsk (NV, 9 June 2022). As of 10 June, Russian forces control more than half of the city (Luhansk Regional Military Administration, 11 June 2022). Ukrainian forces maintained control over the Azot Industrial Zone, which shelters hundreds of civilians, and the strategically important Bakhmut-Lysychansk highway (ISW, 10 June 2022; Luhansk Regional Military Administration, 14 June 2022). Intense fighting also continued in the Donetsk region, where Russian forces engaged in offensive operations toward Slovyansk (Suspilne Media, 7 June 2022). In the Kherson and Mykolaiv regions, Ukrainian forces claim to have killed dozens of Russian soldiers, including two Russian generals, during airstrikes on Russian bases and ammunition depots (Unian, 10 June 2022; Suspilne Media, 9 June 2022; 24 Channel, 7 June 2022).1 Fatality numbers are frequently the most biased and poorly reported component of conflict data; they can vary considerably and are often the subject of debate given the strategic incentives to over- or underestimate these numbers, as well as the significant logistical difficulties in collecting accurate data, among other factors (for more, see this piece by ACLED in Washington Post, 2 October 2017).

Russian shelling of civilian infrastructure killed dozens of civilians in the Donetsk, Kharkiv, Luhansk, Mykolaiv, and Zaporizhia regions last week. Additionally, at least five civilians were killed and three were wounded in landmine explosions in the Donetsk and Kherson regions. Russian forces also continue to abduct civilians in the occupied territories, abducting around 20 people from Enerhodar in the Zaporizhia region last week, including 11 employees of the Zaporizhia Hydroelectric Power Plant (Unian, 8 June 2022). Violence in nearly all of these regions is both common and highly volatile, making them areas of ‘extreme risk,’ as flagged by ACLED’s Volatility and Risk Predictability Index.

Demonstrations against the war in Ukraine also took place in Armenia, the Czech Republic, France, Germany, Iceland, Italy, Norway, Poland, Russia, Slovakia, Slovenia, Serbia, and the United Kingdom. In France, people gathered to pay tribute to a French journalist who was killed by Russian shelling in May while covering the conflict in Ukraine (La Croix, 10 June 2022; IPI, 31 May 2022).

In Russia, unknown individuals threw Molotov cocktails at a military enlistment office in Vladivostok and the building of the Russian National Guard in Komsomolsk-on-Amur. Attacks on military enlistment offices and other military and police facilities continue amid the government’s efforts to attract more citizens to sign military contracts to fight in Ukraine in recent weeks. This violence contributed to the 108% increase in violence in Russia in the past month relative to the past year flagged by ACLED’s Conflict Change Map, which first warned of increased violence to come in the country in the past month.

Rising fuel prices and living costs continued to spark demonstrations across the region last week, with demonstrations in Albania, Belgium, Cyprus, France, Italy, Poland, Portugal, and Spain. In Northern Cyprus, Turkish Cypriot labor unions and journalists held demonstrations against rising costs and the government’s reliance on Turkey to address the economic crisis. The demonstrations come as the government signed an economic cooperation protocol with Turkey that — apart from financial support and economic reforms — foresees changes that may affect the right to assemble and the freedom of expression (Cyprus Mail, 10 June 2022).

Meanwhile, in France, police shot nine times at a car after the driver refused to comply with an order to stop in the 18th district of Paris. The driver was injured in the shooting, while a woman passenger died in hospital the next day (Revolution Permanente, 6 June 2022). The officers involved in the shooting are now facing a judicial investigation. This is the fourth death involving police checks in Paris since April 2022 (BBC, 9 June 2022).