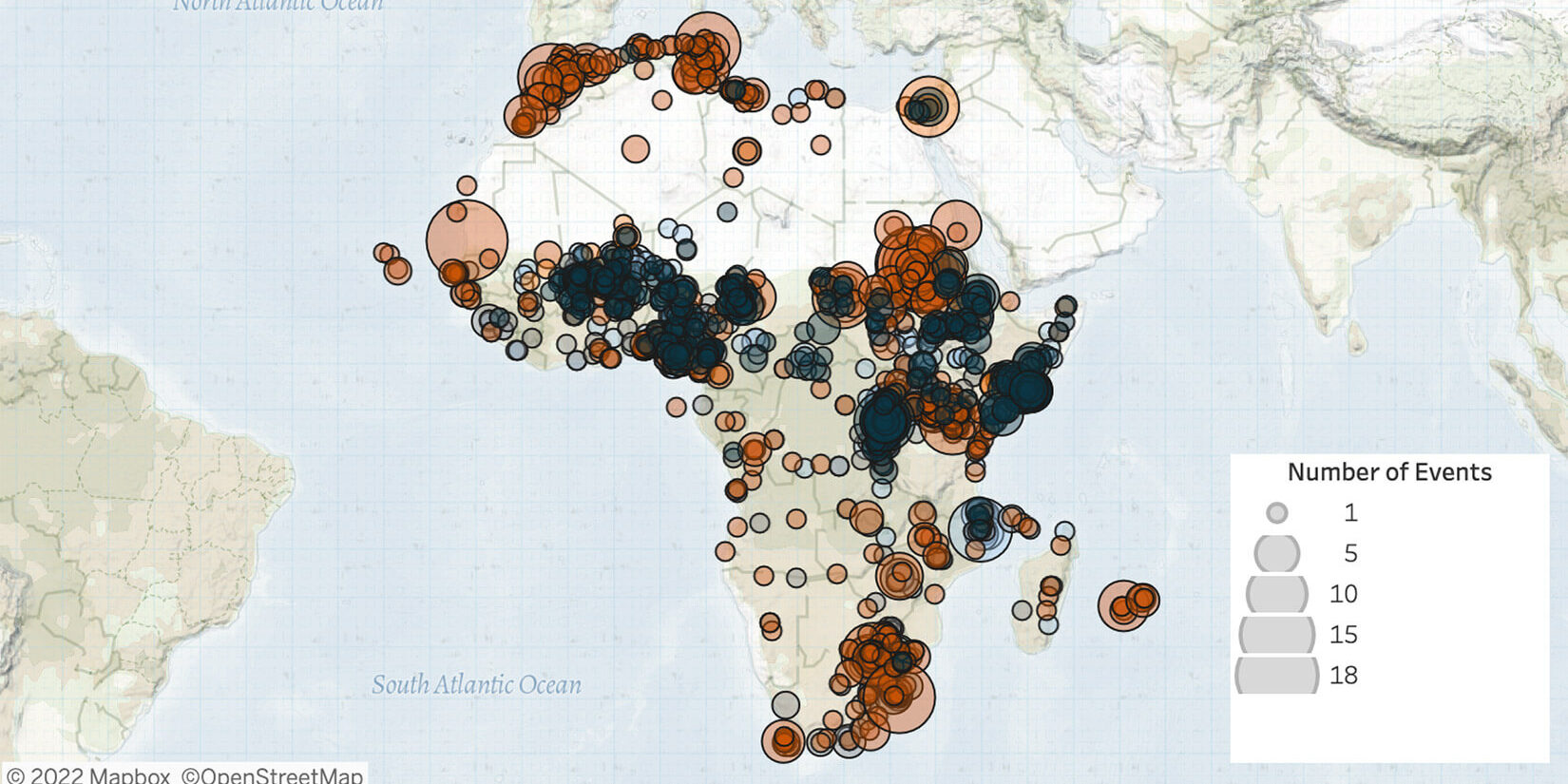 Last week in Africa, levels of violence remained high in the Sahel region as Islamist militants continued offensives in Burkina Faso, Mali, and Niger and attacked a prison in the Federal Capital Territory of Nigeria; scores of people were killed in South Sudan following a cattle raid; and insecurity in the Democratic Republic of Congo forced hundreds to flee.

In Egypt, the military and allied tribal militias continued clashes against the Islamic State, resulting in high levels of violence in the North Sinai governorate. Militants launched explosive attacks against Sinai tribal militias’ positions and engaged in firefights with soldiers in Rafah and Jabal al Magharah areas. This violence contributed to a 32% increase in violence in Egypt in the past month relative to the past year flagged by ACLED’s Conflict Change Map.

In Somalia, Al Shabaab attacks against government security forces (SNA) and African Union Transition Mission in Somalia (ATMIS) convoys left several fatalities among soldiers. In Hiraan, militants ambushed the military convoy of the Hiraan governor conducting operations along a supply route. In Lower Shabelle, the group targeted the commander of the Darawish Paramilitary forces at a bar in Afgooye with an IED, killing one senior soldier. Meanwhile, in Middle Shabelle, special forces killed scores of militants, including senior leaders, at hideouts in Cali Fool Dheere village and also took back control of Urkut village in Gedo.

In Kenya, the government extended the dusk-to-dawn curfew in Marsabit county and parts of the Kerio Valley region, West Pokot, Baringo, and Elgeyo Marakwet counties, amidst continued disruptions during political rallies. Hundreds of demonstrators also gathered against the high cost of living in Kisumu, Muranga, and Nairobi counties. Furthermore, Ethiopian and Sudanese authorities met in Nairobi to discuss clashes in the al-Fashqa region (Reuters, 6 July 2022).