Similar to Russia’s withdrawal from the northern regions in early April, the de-occupation of Kharkiv has revealed atrocities committed by Russian soldiers, including a mass grave with over 400 bodies near Izium and torture chambers across the region (The Guardian, 17 September 2022). Meanwhile, over 20 civilians were killed last week by Russian shelling and missile strikes in the Donetsk, Kharkiv, Mykolaiv, and Zaporizhia regions. Additionally, at least four civilians were killed and four were wounded in mine explosions in the Kharkiv, Zaporizhia, and Donetsk regions. 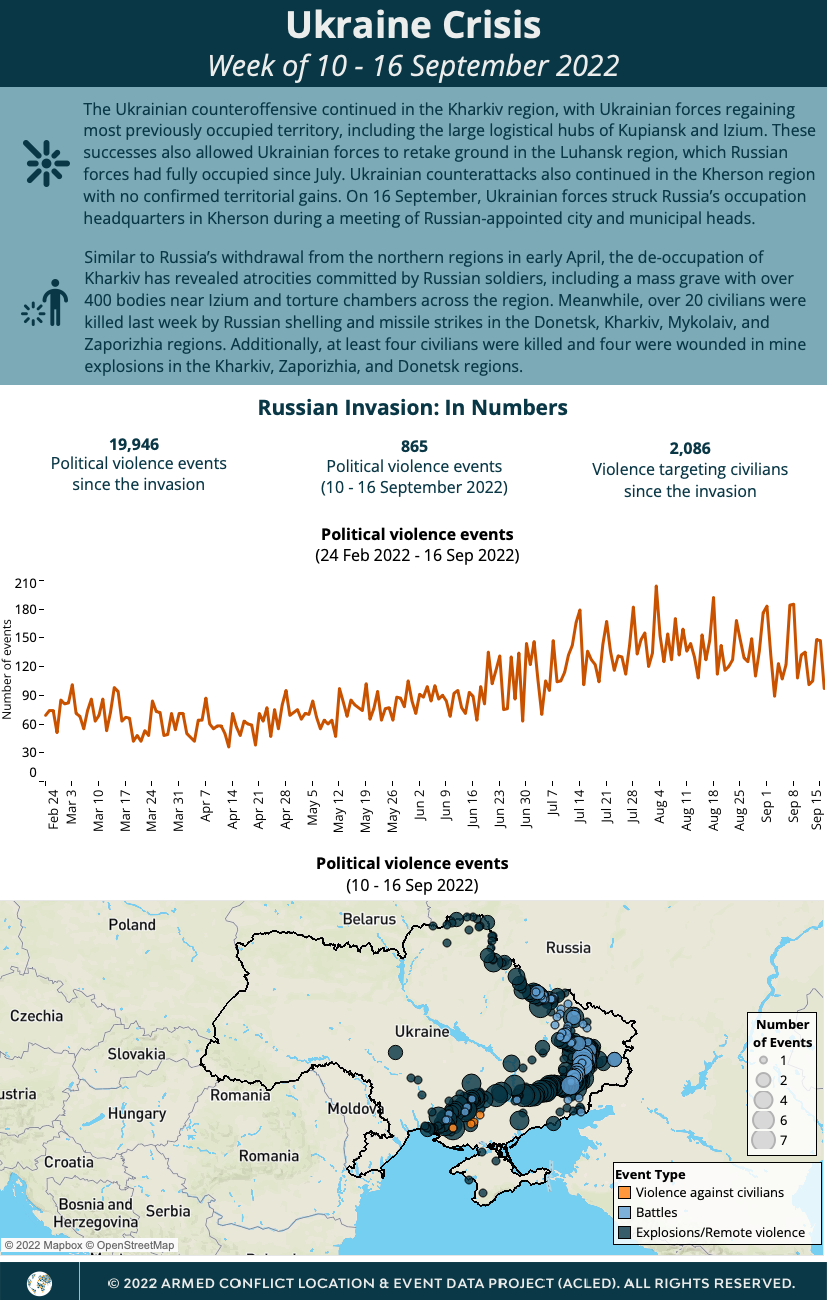