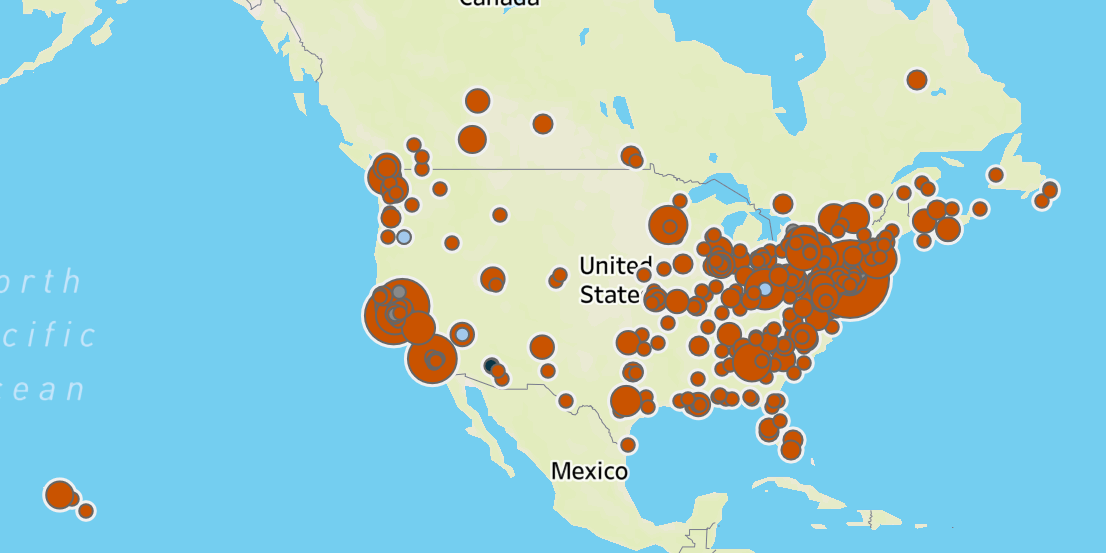 In Canada, demonstrations over environmental concerns made up the second-largest share of demonstrations last week, accounting for nearly a third of all events in the country. The vast majority of these demonstrations were organized by the youth-led Fridays for Future (FFF) movement and formed part of FFF’s global climate strike on 23 September, which mobilized protesters calling for action to address climate change in dozens of countries around the world (Reuters, 23 September 2022). FFF demonstrations in Canada specifically called on the government to commit to abandoning fossil fuels by 2030 (Toronto Star, 23 September 2022). In addition, the Migrant Workers Alliance for Change held demonstrations across Canada on 18 September, calling on the government to extend permanent residency status to undocumented people.

Meanwhile, the death of Mahsa Amini in Iran sparked demonstrations last week in both Canada and the United States. The 22-year-old woman died in police custody after being arrested by the country’s ‘morality police’ on 13 September for not wearing her hijab according to Iranian law (Time, 24 September 2022). Demonstrators called for human rights, democracy, and respect for women’s rights in Iran. These demonstrations made up the third-largest share of demonstration events in both Canada and the United States last week.

Notably, multiple anti-LGBT+ demonstrations involved the participation of militia and militant social movements. On 17 September, members of the Proud Boys, along with Groypers and Protect Texas Kids, demonstrated outside a LGBT+ pride event in Plano, Texas. Elsewhere in Texas, neo-Nazis associated with the Aryan Freedom Network gathered across from a drag brunch in Pflugerville, holding flags emblazoned with swastikas, to demonstrate against the event (KXAN, 21 September 2022). Meanwhile, members of the Proud Boys, alongside armed demonstrators, gathered outside the Museum of Science and History in Memphis, Tennessee, on 23 September. Their presence led to the cancelation of a drag show scheduled for the same date at the museum (ActionNews5, 23 September 2022; WGNO, 24 September 2022) (for more on anti-LGBT+ mobilization in the United States, see this ACLED fact sheet).

Meanwhile, several violent incidents took place around the country last week, including two incidents in California now being investigated by authorities as hate crimes. On 19 September, an unidentified individual threw rocks at an Asian person on the University of California’s campus in Berkeley (LA Times, 20 September 2022). In Westminster, California, a man shouted anti-Latinx slurs at a man seated in his car, before pouring gasoline on him and attempting to ignite the gasoline. The victim drove away from his attacker without injury, and the perpetrator was arrested on suspicion of attempted murder and attempted arson (East Bay Times, 22 September 2022).

On 20 September, an explosive device was found in a car near Pine Grove Middle School in Baltimore, Maryland. Police also found bomb-making materials in relation to the device in a nearby motel. The bomb was defused, and two individuals were arrested in connection to the incident, with police speculating that the bomb had been placed as a “test” and that the middle school was not an immediate target (Baltimore Sun, 22 September 2022).

Overall, reported far-right and militant social movement activity in the United States, including the aforementioned anti-LGBT+ demonstration activity, declined slightly last week compared to the week prior. On 17 September, the Lions of Liberty held recruitment and public information events in Prescott, Arizona.

Note: This dashboard automatically updates to cover the latest four weeks of data released by ACLED. Use the date filters to view data for the one-week period covered by this Regional Overview.