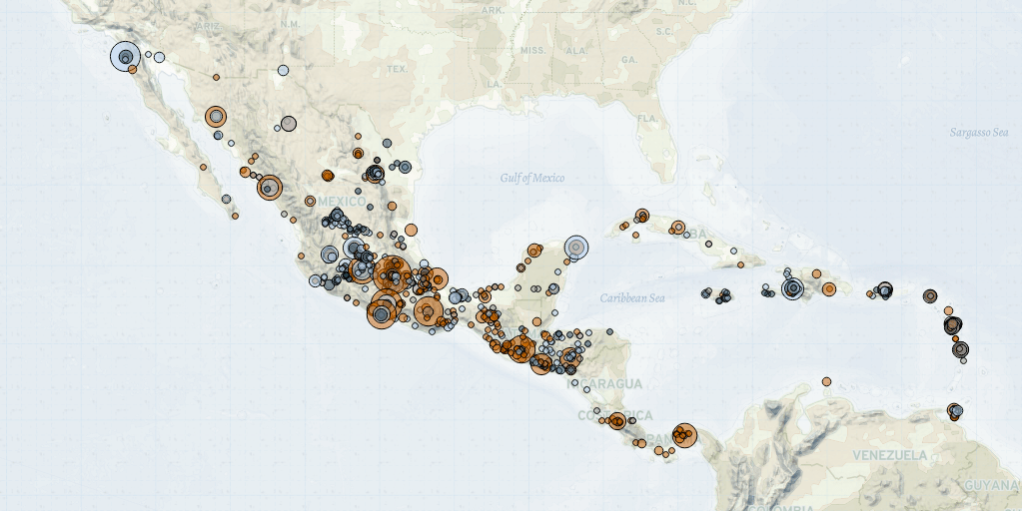 Last week in Mexico, Central America, and the Caribbean, violence slightly reduced despite the number of clashes between criminal groups and state forces remaining high in Mexico, Haiti, and Trinidad and Tobago. In Mexico, the National Guard clashed with criminal groups during security operations in Zacatecas state, while members of the self-defense group United People clashed with police during an assault on a prison in Hidalgo. In Haiti, rival gangs continued to clash for control of Martissant and the neighboring areas in Port-au-Prince. In Trinidad and Tobago, gang violence increased amid attacks by gunmen against prison guards. In Puerto Rico, violence against civilians continued to increase last week. Meanwhile, in Martinique, Guadeloupe, and Saint-Martin, riots against COVID-19 related measures continued for a third consecutive week. Meanwhile, general elections in Honduras on 28 November remained relatively peaceful with only isolated election-related violence reported last week, as the opposition Liberty and Refoundation Party (LIBRE) presidential candidate declared victory.

In Mexico, violence continued in Zacatecas state last week amid ongoing clashes involving rival criminal groups, as well as state forces. Members of the Sinaloa Cartel and the Jalisco New Generation Cartel (CJNG) clashed in Fresnillo and Valparaiso municipalities, before National Guard officers intervened and clashed with members of those criminal groups. According to authorities, at least eight members of criminal groups were killed in the violence, while a National Action Party (PAN) federal deputy claimed that more than 30 people died in these clashes (El Pais, 29 November 2021; La Jornada, 30 November 2021). The Sinaloa Cartel and the CJNG have been disputing control of the production and trafficking of synthetic drugs in Zacatecas (Sin Embargo, 14 August 2021). The lack of state capacity in Zacatecas has favored the operation of these criminal groups, particularly in nine municipalities, including Valparaiso and Fresnillo, where there is no presence of municipal police forces (Infobae, 30 November 2021). In response to the rising insecurity, the federal government announced the “Support Plan for Zacatecas” on 24 November, which included the deployment of  3,848 National Guard and military troops on 25 November, and security operations along the border between Zacatecas and four other states (Gobierno de Mexico, 24 November 2021). In November 2021, ACLED records the highest number of clashes in Zacatecas in 2021; a third of these clashes occurred last week.

Elsewhere, in Hidalgo state, members of the self-defense group United People attacked a prison in Tula de Allende municipality on 1 December, releasing nine inmates, including the group’s leader ‘El Michoacano’. During the prison assault, armed men used two vehicles charged with explosives and clashed with police, leaving two officers injured. The attack follows the arrest of ‘El Michoacano’ on 25 November. The United People announced its arrival in Hidalgo in June 2021 as a self-defense group to fight against criminals involved in fuel trafficking and extortions (El Pais, 1 December 2021). However, authorities report that the United People is actively involved in these criminal activities, being one of the main groups that controls the trafficking of fuel in Hidalgo (Milenio, 3 December 2021).

In Haiti, clashes between rival gangs in southern neighborhoods of Port-au-Prince continued last week. Between 30 November and 1 December, members of the G9-affiliated Ti Bwa gang clashed with members of the Village de Dieu gang in several neighborhoods, including in Marissant and Fontamara. Amid the clashes, gang members attacked the passengers of a bus passing through Martissant, killing a woman passenger and injuring 12 other passengers. The Ti Bwa Gang and other gangs affiliated with the G-9 gang alliance have been in conflict with the Village de Dieu and the Grand Ravine gangs to take control of Martissant since these gangs joined a rival alliance in February 2021 (InSight Crime, 31 August 2021). While clashes between rival gangs had decreased following the unilateral declaration of a truce by the G9 on 12 November, ACLED records an increase in clashes between gangs in Port-au-Prince last week compared to the two weeks prior.

In Trinidad and Tobago, violence increased last week, resulting in a 41% increase relative to the month prior (see ACLED’s Early Warning Research Hub for more). In separate attacks, unidentified armed men targeted two prison police officers, killing one and injuring another in Siparia and Tunapuna, respectively. According to the Prison Officers Association, these attacks are related to death threats made by a group of maximun security prison prisoners, who have demanded to be transfered to other areas of the prison over claims that they have been subject to torture and mistreatment (Loop, 30 November 2021; Newsday, 2 December 2021). Additionally, clashes between rival gangs in Laventille resulted in three deaths, while a member of the Muslims gang was killed by rivals in Diego Martin. Authorities have reported an upsurge of violence driven by gang warfare for the control of drug markets in recent months (Guardian, 2 December 2021).

In Puerto Rico, attacks against civilians by unidentified gunmen continued last week, contributing to a 41% increase in violence last week relative to the month prior (see ACLED’s Early Warning Research Hub for more). In response to rising insecurity and homicide rates, mayors of several municipalities demand the government to increase security measures (ElDiario.es, 24 November 2021). According to authorities, the recent increase in violence is related to the action of gangs fighting for control of local drug markets (El Nuevo Dia, 1 November 2021).

In Guadeloupe, Martinique, and Saint-Martin riots against pandemic-related measures continued to a lesser extent for a third consecutive week. In Guadeloupe and Martinique, demonstrators continued to erect barricades and to clash with police officers. Meanwhile, in Saint-Martin, demonstrations turned violent as armed rioters shot and injured a police officer and several other participants in Sandy Ground. Rioting has spread across the French overseas territories since 15 November when unions in Guadeloupe called for a strike against mandatory vaccination for health workers and health passes to access public places (France 24, 17 November 2021). Though measures were postponed by the government to 31 December, demonstrators continue to demand a complete suspension of the measures and have broadened their demands to include solutions to unemployment, as well as the reduction of prices for goods and services (RFI, 30 November 2021).

In Honduras, general elections held on 28 November remained relatively peaceful, in contrast to the weeks prior to the election, in which several attacks against politicians were recorded. Despite this, several election-related incidents occurred last week, including an arson attack on a park by suspected political activists in Nacaome municipality, while in Santa Rita municipality, supporters of the National Party of Honduras (PNH) attacked the staff of a polling station (HCH, 28 November 2021). Following the vote, the opposition LIBRE presidential candidate Xiomara Castro was declared the victor, with more than 50% of the vote. Castro will be the first woman president of Honduras when she assumes office on 27 January 2022 (EFE, 4 December 2021).