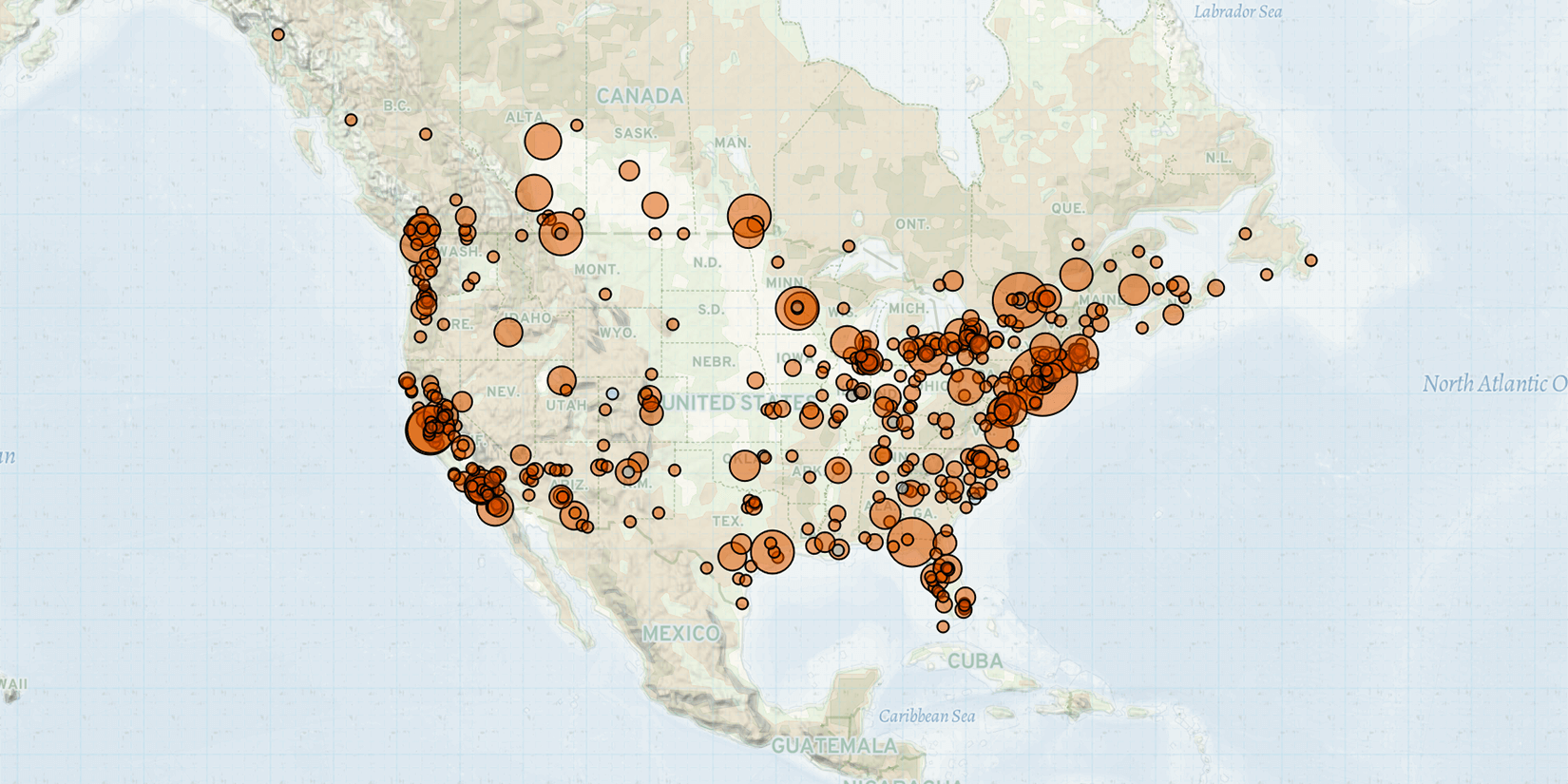 In Canada, events associated with the ‘Freedom Convoy’ movement against COVID-19 vaccine mandates decreased by more than half last week, though anti-vaccine demonstrations continued to make up the largest share of demonstration events in the country. The decline in ‘Freedom Convoys’ comes after the government’s temporary invocation of the Emergencies Act, which gives authorities additional power to “restore order” (CBC, 22 February 2022). The Act was invoked in response to a ‘Freedom Convoy’ that had been camped in Ottawa, Ontario since 28 January as well as multiple border blockades. Between 18 and 19 February, authorities conducted the largest police operation in Canadian history to dismantle the camp, with police arresting nearly 200 people and towing away dozens of vehicles to clear the area around the national parliament (NPR, 23 February 2022). Physical altercations between police and demonstrators were reported during the operation (for more on ‘Freedom Convoy’ demonstrations and the police response, see this ACLED Fact Sheet).

Demonstrations against the Russian invasion and in support of Ukraine made up the second-largest share of demonstration events in Canada last week. Many of these demonstrations were organized by Ukrainian-Canadians. On 24 February, the day of the Russian invasion, around 2,000 people gathered outside of the Russian consulate in Toronto, Ontario to show solidarity with Ukraine (CITY News, 24 February 2022). On the same day, ambassadors and heads of G7 diplomatic missions, including the United States, the United Kingdom, France, Japan, Italy, and Germany demonstrated at the Ukrainian Embassy in Ottawa, Ontario.

In the United States, demonstrations showing support for Ukraine also spiked last week, accounting for nearly a quarter of all demonstration events in the country. These demonstrations were held in at least 26 states and Washington, DC. Additionally, demonstrations attended by the anti-war ANSWER Coalition rallied against potential American or NATO intervention in the conflict between Ukraine and Russia.

Meanwhile, several convoys inspired by the ‘Freedom Convoy’ movement in Canada accounted for the second-largest proportion of demonstration events in the United States last week. These convoys were supported by numerous demonstrations along their routes, leading to the highest number of anti-vaccine demonstrations in the United States since mid-November 2021, when an appeals court reviewed the federal government’s vaccine mandate. Some ‘Freedom Convoy’ demonstrations also voiced support for former President Donald Trump and opposed President Joe Biden, pushing anti-Biden and pro-Trump demonstrations to their highest levels since the week of Biden’s inauguration in January 2021. Proud Boys, Groypers, Three Percenters, Patriot Prayer members, and QAnon adherents joined one convoy — known as the ‘People’s Convoy’ — which left Adelanto, California on 23 February, with plans to arrive in the Washington, DC area on 5 March (Reuters, 23 February 2022). One of the convoy’s organizers, a Washington Three Percenter, reportedly ousted Groypers from the convoy on 24 February following bickering between the Three Percenter and the lead Groyper on Telegram (Twitter @VPS_Reports, 24 February 2022). Other convoys announced plans to reach the United States Capitol on 1 March, the date of President Biden’s State of the Union address, which prompted the deployment of National Guard members to the DC area (Newsweek, 23 February 2022).

Demonstrations in support of the Black Lives Matter (BLM) movement also increased last week following a shooting at a pro-BLM demonstration at the beginning of the week. On 19 February in Portland, Oregon, an armed individual approached pro-BLM demonstrators and unarmed civilians before opening fire, killing one woman and injuring three other individuals, all of whom were non-demonstrating civilians. Another demonstrator who was present as a “volunteer security guard” shot the perpetrator in the hip (The Intercept, 23 February 2022). An investigation into the shooter later revealed that he had made social media posts supporting the Proud Boys — though he does not appear to be a member of the group — and had advocated for the murder of left-wing demonstrators (Reuters, 20 February 2022; The Guardian, 20 February 2022). In response to this incident, pro-BLM demonstrations reached their highest levels since mid-November 2021, when Kyle Rittenhouse was acquitted for shooting and killing three people during a demonstration in Kenosha, Wisconsin in August 2020.

Last week marked the highest number of demonstration events attended by militias and militant social movements since mid-November 2021 as well, when Kyle Rittenhouse was acquitted. In addition to the ‘People’s Convoy,’ militias and militant social movements participated in several other ‘Freedom Convoys.’ Three Percenters attended a ‘Freedom Convoy’ from Scranton, Pennsylvania to Washington, DC, while local ‘Freedom Convoys’ ending in Raleigh, North Carolina and Schaumburg, Illinois were attended by Proud Boys.

On 19 February, members of the United Patriot Party participated in a demonstration against COVID-19 vaccines in Graham, North Carolina. QAnon adherents and members of the Proud Boys attended a similar anti-vaccine demonstration on the same day in Los Angeles, California. A vaccine mandate in California aims to ban unvaccinated students, teachers, and staff from school campuses (Los Angeles Times, 24 January 2022).

Members of the Proud Boys, along with armed Boogaloo Boys, were also active during a ‘Second Amendment Rally’ in Phoenix, Arizona on 19 February. During the demonstration, Proud Boys posed alongside Republican gubernatorial candidate Scott Nealy.

On 20 February, Proud Boys dropped a banner reading ”we’ll have our home again” over a highway overpass in Sacramento, California. At the banner drop demonstration, Proud Boys hit a citizen journalist several times with a metal pole while yelling homophobic slurs.

Veterans on Patrol (VOP) conducted several patrols along the US-Mexico border near Sasabe, Arizona. VOP claims they encountered more than 124 migrants, 80 of whom are children, during the week. VOP also claims they turned the migrants over to US Border Patrol agents.

Openly white supremacist groups were also active last week. The Goyim Defense League (GDL) distributed anti-Semitic flyers in Illinois, Maryland, Texas, Colorado, and California, blaming Jewish people for the coronavirus pandemic. While the GDL has previously distributed similar flyers, last week marked the highest number of reported incidents since ACLED began coverage in 2020. This also marks the first week that these GDL flyers were reported in Illinois. On 19 February, members of the National Socialist Movement, along with White Lives Matter (WLM) adherents, gathered in Hampton, New Hampshire, to demonstrate against vaccine mandates. On 21 February, the neo-Nazi organization Nationalist Social Club (NSC) gathered outside a Providence, Rhode Island library that was hosting a reading of the Communist Manifesto. NSC members waved swastika-emblazoned flags, banged on the windows, and yelled slurs (USA Today, 22 February 2022). On 22 February, Patriot Front dropped a banner over a highway overpass in Hudson, Ohio.