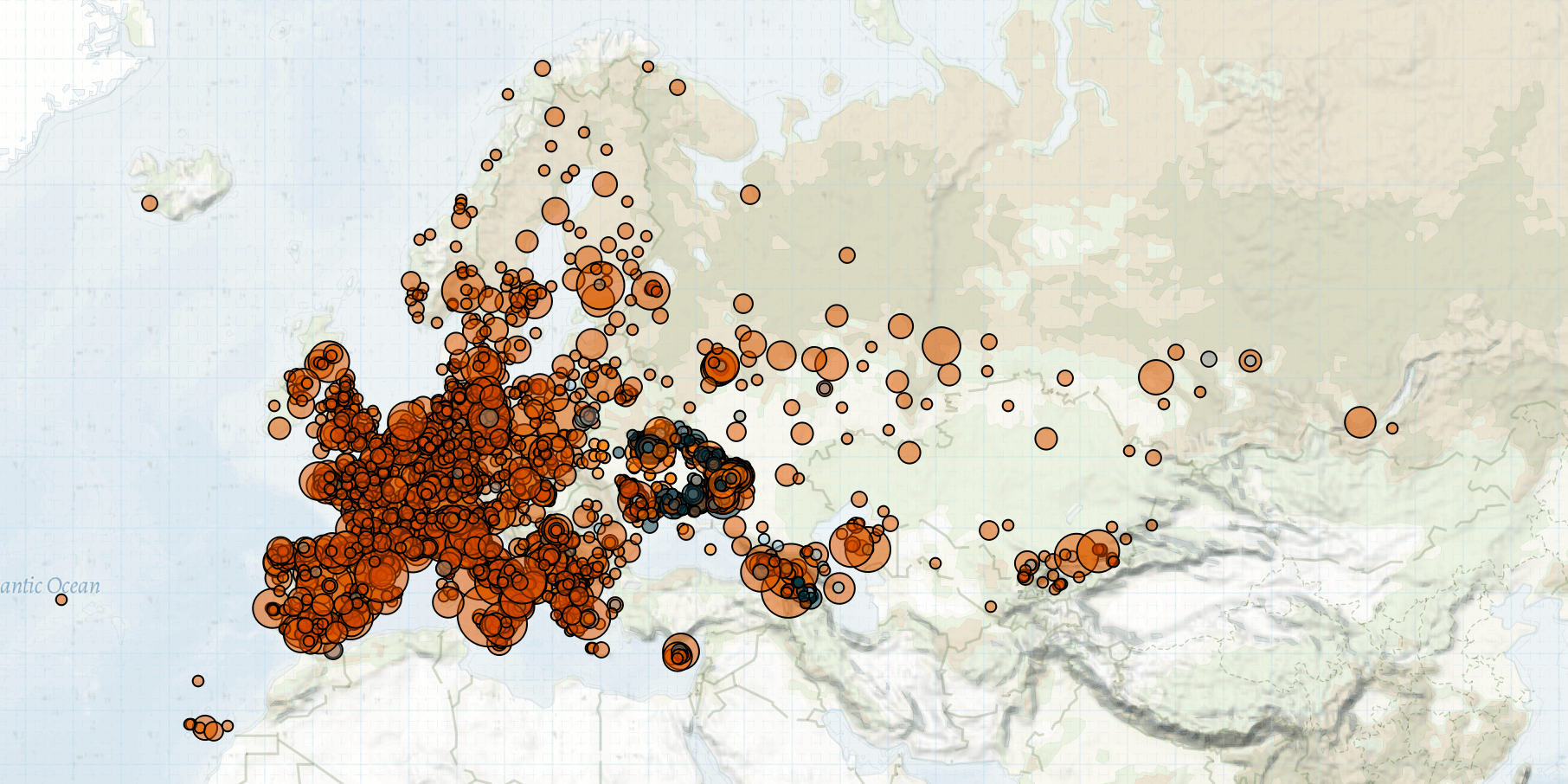 Last week in Europe, Central Asia, and the Caucasus, the Russian invasion of Ukraine entered its second week. The ongoing invasion prompted demonstrations in solidarity with Ukraine throughout the region, alongside a much smaller number of demonstrations in support of Russia. In France, an attack on a Corsican prisoner sparked demonstration activity. Meanwhile, fighting continued along the Armenia-Artsakh-Azerbaijan Line of Contact.

In Ukraine, the second week of the full-scale Russian invasion was marked by increased targeting of civilians by the Russian military, which included deliberate shelling of hospitals, kindergartens, and residential buildings (The Guardian, 27 February 2022). In addition, Russian forces shelled humanitarian corridors set up for residents of Volnovakha and Mariupol in the Donetsk region, killing civilians (Reuters, 5 March 2022). According to estimates from the Office of the United Nations High Commissioner for Human Rights (OHCHR), 532 civilians were killed and 675 were wounded across Ukraine as of 4 March (Deutsche Welle, 4 March 2022). However, the actual numbers could be much higher. Fatality numbers are frequently the most biased and poorly reported component of conflict data; they can vary considerably and are often the subject of debate given the strategic incentives to over- or underestimate these numbers, as well as the significant logistical difficulties in collecting accurate data, among other factors (for more, see this piece by ACLED in Washington Post, 2 October 2017). Russian forces also seized Europe’s largest nuclear power station in Zaporizhia, with fighting causing a fire to break out on the site, raising fears of a possible nuclear disaster (Al Jazeera, 4 March 2022). Overall, the invasion contributed to the 166% increase in violence in Ukraine over the past month relative to the past year flagged by ACLED’s Conflict Change Map, which first warned of increased violence to come in the country last month. Previously peaceful regions — such as Chernihiv, Kharkiv, Zaporizhia, and Kyiv — experienced greater than 1000% increases in violence last week relative to the past month (over 2000% percent in Kyiv), as flagged by ACLED’s Subnational Surge Tracker.1Amid the ongoing invasion of Ukraine, changes in the media landscape, inaccurate or delayed reporting of active fighting, and the pullout of international monitors from Ukraine all present difficulties for tracking political violence in Ukraine; this should be taken into account when using any real-time data on this context, including ACLED. (ACLED’s new Ukraine Crisis page serves as a research hub, offering curated data, an interactive dashboard, the latest analysis, and more.)

In Belarus, the government of Alexander Lukashenko staged a successful referendum on 27 February to legalize expansions to its support of the Russian invasion of Ukraine. The referendum included constitutional amendments that allow Russian troops and nuclear weapons to be permanently stationed in Belarus, expand Lukashenko’s presidential powers, and provide Lukashenko with immunity from prosecution (RFE/RL, 28 February 2022). Around 65% of voters voted in favor of the proposed changes, although independent observers argue that the campaign restricted voices against the proposed changes and against the referendum (Viasna, 1 March 2022).

Since 24 February, the EU has imposed numerous sanctions against both Russia and Belarus. These include freezing the assets of Russian and Belarusian officials and government-aligned businessmen, banning transactions with the Russian central bank, deferring approval of the Nord Stream 2 pipeline, and closing EU airspace to Russian carriers (Reuters, 7 March 2022). As a result of these sanctions, Russia surpassed Iran to become the most sanctioned country in the world (Bloomberg, 7 March 2022). Additionally, around 280 international companies pulled out of Russia in response to the Russian invasion (Yale School of Management, 8 March 2022).

The ongoing armed conflict has forced more than two million people to flee Ukraine since 24 February, with the majority – 1.2 million – arriving in Poland (UNHCR, 8 March 2022). Moldova accepted over 80,000 refugees from Ukraine, becoming the country with the largest number of Ukrainian refugees per capita (BBC, 8 March 2022). Moreover, the United Nations High Commissioner for Refugees (UNHCR) estimates that there could be over one million internally displaced people in Ukraine, moving to the safer western regions of the country and putting a strain on the local resources (BBC, 8 March 2022).

In Russia, people held nearly 100 demonstration events across the country last week to oppose the large-scale Russian invasion and war against Ukraine. Police intervened in the majority of these demonstrations, detaining hundreds of participants. In Belarus, on 27 February and 28 February, Belarusians took to the streets to demonstrate in Minsk and several other cities against the Russian invasion of Ukraine and Belarus’ participation in it. Around 900 people were arrested for participation and the organization of demonstrations (Viasna, 4 March 2022; Viasna, 28 February 2022).

Conversely, several countries also saw demonstrations in support of Russia amid the war with Ukraine, including in Bosnia and Herzegovina, Serbia, Montenegro, and Armenia.

Meanwhile, in France, a prison attack on a prominent Corsican militant separatist prompted demonstrations across Corsica last week. On 2 March, Yvan Colonna was attacked and strangled by a jihadi prisoner in the prison of Arles, leaving him in a coma (RFI, 3 March 2022); Colonna is affiliated with the National Liberation Front of Corsica (FLNC), and is condemned to life in prison for the assassination of a French prefect in 1998. The FLNC was a militant group advocating for a free Corsican state; it ceased operation in June 2014; however, there have been splinter groups that have committed violence since then in their name, suggesting a resurgence (France3, 23 June 2017; France3, 2 September 2021). Colonna’s supporters hold the French government responsible for the attack, calling the attack an attempted assassination. They organized demonstrations across Corsica, largely at the call of Corsican independence political parties, Femu a Corsica and Corsica Libera, and a Corsican independence movement, Core in Fronte. The attack on Colonna contributes to the 26% increase in violence in France over the past week relative to the past month that is flagged by ACLED’s Conflict Change Map.2This Regional Overview covers data for the time period between 26 February and 4 March. Any developments since then, including the violent demonstration in Corte on 6 March, will be explored in further detail in next week’s Regional Overview.

Along the Armenia-Artsakh-Azerbaijan Line of Contact, fighting decreased last week compared to the week prior. All ceasefire violations last week were reported in the Tovuz region. A recent spate of ceasefire violations has contributed to the 34% increase in violence in Azerbaijan and Artsakh3The disputed territory of Nagorno-Karabakh is internationally recognized as part of Azerbaijan. ACLED refers to the de facto state and its institutions as Artsakh — the name by which the de facto territory refers to itself. For more on methodology and coding decisions around de facto states, see this methodology primer. last month relative to the past year flagged by ACLED’s Conflict Change Map, which first warned of increased violence to come in the region last month.