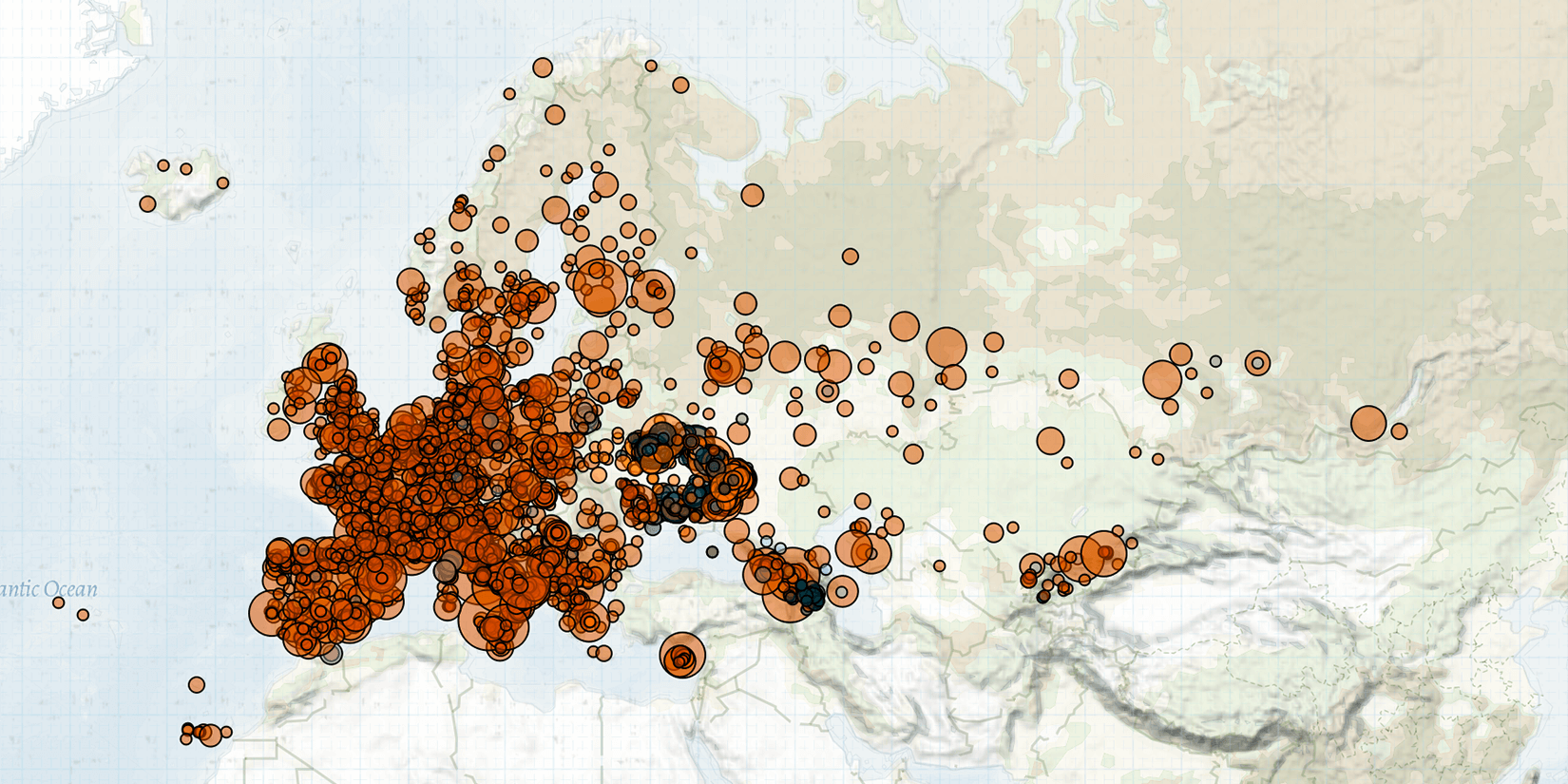 Last week in Europe, Central Asia, and the Caucasus, the Russian invasion of Ukraine entered its third week. The ongoing invasion continued to drive demonstration activity across the region in support of Ukraine. Meanwhile, women’s rights demonstrations were also held across the region to commemorate International Women’s Day on 8 March. The migrant crisis continued on the Belarusian-Polish border. In France, ongoing demonstrations in Corsica against the attempted murder of a Corsican separatist in prison became increasingly violent. Meanwhile, fighting along the Armenia-Artsakh-Azerbaijan Line of Contact escalated.

Russian forces continued their invasion of Ukraine last week. Three weeks into the invasion, the Ukrainian government continued to hold all the major cities, except Kherson and the regions occupied since 2014, including Donetsk, Luhansk, and the Crimean peninsula (BBC, 15 March 2022). Heavy fighting ensued in Kharkiv, Sumy, and Chernihiv, which were partially encircled by Russian troops (Unian, 16 March 2022). After surrounding Kherson, the city of Melitopol in the Zaporizhia region, and Mariupol in the Donetsk region, Russia effectively cut off Ukraine from the Azov Sea and linked the Russian-controlled territories in Donbas and Crimea by land (The Guardian, 3 March 2022).

Russian forces continued targeting civilians last week, deliberately shelling hospitals, kindergartens, and residential buildings, as well as firing at civilian evacuation routes from Mariupol, Volnovakha, and other cities (The Guardian, 8 March 2022). The Russian military continued heavy shelling of Mariupol throughout last week, amid reports of mass fatalities (Washington Post, 12 March 2022).1Fatality numbers are frequently the most biased and poorly reported component of conflict data; they can vary considerably and are often the subject of debate given the strategic incentives to over- or underestimate these numbers, as well as the significant logistical difficulties in collecting accurate data, among other factors (for more, see this piece by ACLED in Washington Post, 2 October 2017). Civilians trapped in the besieged city faced a lack of access to food, electricity, water, and heat (Washington Post, 12 March 2022). These events contributed to the 234% increase in violence in Ukraine last month relative to the past year flagged by ACLED’s Conflict Change Map, which first warned of increased violence to come in the country in the past month2Amid the ongoing invasion of Ukraine, changes in the media landscape, inaccurate or delayed reporting of active fighting, and the pullout of international monitors from Ukraine all present difficulties for tracking political violence in Ukraine; this should be taken into account when using any real-time data on this context, including ACLED (for more information, visit ACLED’s Ukraine Crisis hub, which offers curated data, an interactive dashboard, the latest analysis, and more).

Demonstrations denouncing the Russian invasion of Ukraine continued across the region last week. ACLED recorded over 50 demonstration events in Ukraine against the Russian military aggression last week. Demonstration activity was concentrated in regions partially occupied by Russian forces, in particular, Kherson, Zaporizhia, and Luhansk. In several instances, Russian forces opened fire on the crowd, causing injuries and killing one protester (Ukrinform, 7 March 2022; Unian, 5 March 2022). In Russia, demonstrations against the invasion of Ukraine continued across the country last week, despite an overall decrease in demonstrations amid an ongoing police crackdown. Demonstrations were reported in at least 50 cities. Almost all anti-war demonstration events were met with police intervention, with police detaining and beating protesters.

Conversely, demonstrations in support of the Russian invasion of Ukraine took place in Russia, Serbia, Montenegro, Azerbaijan, Georgia, and Bosnia and Herzegovina.

On the Belarusian-Polish border, migrants’ continued attempts to cross into Poland last week led to clashes with Polish police and military forces. Migrants in Bruzgi reported being ordered by Belarusian border guards at gunpoint to either cross into Poland or enter Ukraine (The Guardian, 14 March 2022). Both Polish and Belarusian forces have been accused of human rights abuses against migrants stranded at the border (The Guardian, 8 February 2022). These events contributed to the 115% increase in violence in the Podlaskie border region last week relative to the past month flagged by ACLED’s Subnational Surge Tracker; the tool first warned of increased violence to come in Podlaskie in the past month. Enforcement of strict Polish border policies along the Belarusian-Polish border comes in stark contrast to the treatment of Ukrainian refugees (The Guardian, 4 March 2022). Over 1.8 million refugees from Ukraine have arrived in Poland since 24 February and have received the right to remain for 18 months with access to work, education, and healthcare (NFP, 14 March 2022).

Meanwhile, in France, demonstration activity continued in Corsica Island last week in response to the attempted murder of Yvan Colonna, a prominent Corsican militant separatist, by a jihadi prisoner in Arles. Demonstration levels increased last week compared to the week prior and they were increasingly violent, with half of all demonstration events in Corsica turning violent. While Corsican nationalist groups were active during violent demonstrations, the heightened presence of middle school, high school, and university student groups were particularly notable during violent demonstrations (RFI, 15 March 2022). Violent demonstrators used Molotov cocktails and other projectiles in clashes against police and military in front of prefectures in Ajaccio and Bastia, other subprefectures, and the gendarmerie. This violence contributed to the 126% increase in violence in France last week relative to the past month flagged by ACLED’s Conflict Change Map, which first warned of increased violence to come in the country in the past month. Demonstrators are calling for the transfer of all Corsican political prisoners from mainland France to local prisons, their release on bail, and reopening the question of Corsican independence. In response to the violence, France’s Interior Minister announced that he would visit the island to “open a cycle of discussions” (Al Jazeera, 14 March 2022).

On the Armenia-Artsakh-Azerbaijan Line of Contact, fighting escalated last week. During clashes in the Ararat province of Armenia, one Armenian serviceman died and another was wounded. Meanwhile, clashes between military forces in the Askeran region of Artsakh left one Artsakh civilian wounded. This violence contributed to the 578% increase in violence in Azerbaijan and Artsakh last week relative to the past month flagged by ACLED’s Conflict Change Map, which first warned of increased violence to come in the region in the past month. The worsening violence comes as the whole territory of Artsakh has been deprived of gas since 8 March, with Azerbaijan having prevented access to a broken pipeline for restoration works (Jam News, 9 March 2022).