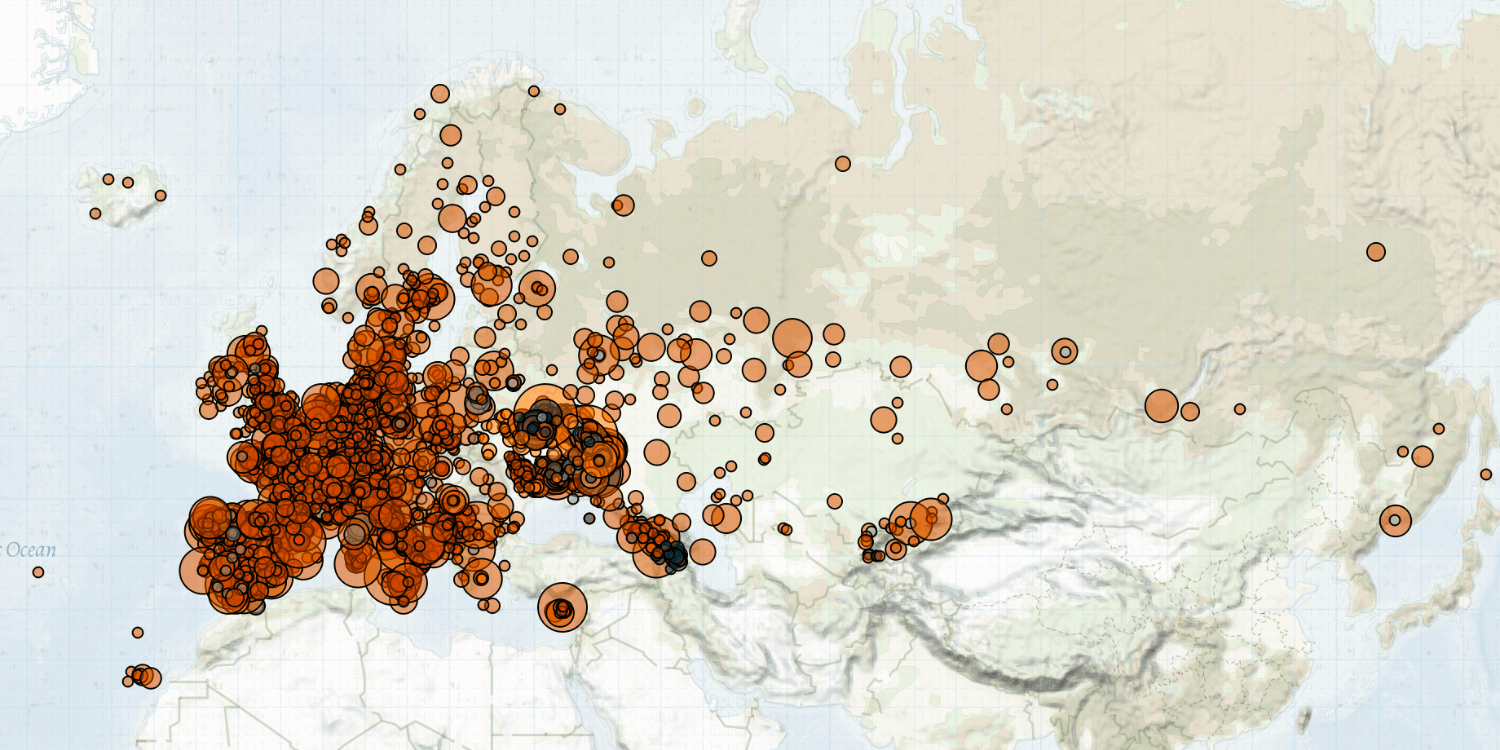 Last week in Europe, Central Asia, and the Caucasus, the Ukraine crisis continued to dominate developments. The Russian invasion of Ukraine entered into its second month, and demonstrations in support of Ukraine also continued throughout the region. Demonstrations demanding climate action and against racism were also organized in multiple countries in Europe, and the migrant crisis continued on the Belarusian-Polish border. Meanwhile, fighting on the Azerbaijan-Artsakh Line of Contact escalated.

In Ukraine, 24 March marks one month since Russia launched its large-scale invasion. Fighting between Russian and Ukrainian forces continued in the northern, eastern, and southern regions of Ukraine throughout last week. Russian forces continued to shell civilian infrastructure in various parts of the country. The city of Mariupol in the Donetsk region remains under siege while Russian forces continue their bombardment. Despite several successful evacuations of civilians, around 160,000 people remain in the city with no access to electricity, heating, phone coverage, food, and water (Al Jazeera, 23 March 2022; Vgolos, 28 March 2022). Evidence of mass graves in Mariupol continues to grow, while reports also suggest that constant shelling has prevented people from burying the dead (Reuters, 25 March 2022).1 Fatality numbers are frequently the most biased and poorly reported component of conflict data; they can vary considerably and are often the subject of debate given the strategic incentives to over- or underestimate these numbers, as well as the significant logistical difficulties in collecting accurate data, among other factors (for more, see this piece by ACLED in Washington Post, 2 October 2017). Additionally, last week, Ukrainian authorities accused Russia of forcibly deporting thousands of civilians from Mariupol and other Ukrainian cities to Russia (BBC News, 27 March 2022; RFE/RL, 25 March 2022).

While Russian troops have been on the offensive in Ukraine for the better part of the past month, Ukrainian forces carried out several successful counterattacks last week, forcing the occupying troops to retreat. In the Kyiv region, reports suggest that Ukrainian troops managed to push Russian forces that have been positioned outside the capital city for weeks as much as 15 miles further back (Foreign Policy, 24 March 2022). The ongoing invasion has driven the 189% increase in violence in Ukraine over the past month relative to the past year that is flagged by ACLED’s Conflict Change Map (for more information, visit ACLED’s Ukraine Crisis hub, which offers curated data, an interactive dashboard, the latest analysis, and more).2Amid the ongoing invasion of Ukraine, changes in the media landscape, inaccurate or delayed reporting on active fighting, and the pullout of international monitors from the country all present difficulties for tracking political violence, especially in real time; these challenges should be taken into account when using any real-time data on this context, including from ACLED.

Russia may also experience difficulties with supplying Russian forces in northern Ukraine due to continuous railway sabotage in Belarus. Last week, unknown groups continued to damage railways in the southern part of Belarus and near the capital, Minsk. In response, Belarusian special forces were appointed to guard railways in the regions close to the border with Ukraine (Ukrinform, 18 March 2022).

Environmental demonstrations and demonstrations against racial discrimination were also on the rise last week. Fridays For Future organized demonstrations to demand action against climate change as part of the International Climate Strike on 25 March. Climate demonstrations were reported in Estonia, Finland, Hungary, Norway, Poland, Slovenia, Sweden, Austria, Belgium, France, Germany, Ireland, Italy, Luxembourg, the Netherlands, and the United Kingdom. Meanwhile, demonstrations dedicated to the International Day for the Elimination of Racial Discrimination on 21 March took place in Denmark, Greece, Norway, Poland, Belgium, Germany, Italy, Spain, and the United Kingdom. In some instances, demonstrators drew attention to the difference in the treatment of refugees coming from the Middle East and Africa compared to those fleeing Ukraine, demanding equal treatment for all.

Friction over increasing energy prices also prompted a notable shooting in Italy last week. In Sardinia, unidentified gunmen fired shots at the garage of the mother-in-law of the president of the Sardinian branch of Coldiretti, Italy’s major organization representing agricultural entrepreneurs. According to a note left near the garage, the attack was in response to the president’s stance against the Sardinian haulers protest movement, who have mobilized against the hike in energy prices (Casteddu Online, 25 March 2022).

On the Belarusian-Polish border, migrants’ continued attempts to cross into Poland last week led to clashes with Polish police and military forces. Both Polish and Belarusian forces have been accused of human rights abuses against migrants stranded at the border (The Guardian, 8 February 2022). These events contributed to the 125% increase in violence in the Podlaskie border region last month relative to the past year flagged by ACLED’s Subnational Threat Tracker, which first warned of increased violence to come in Podlaskie in the past month. Enforcement of strict Polish border policies along the Belarusian-Polish border comes in stark contrast to the treatment of Ukrainian refugees. Over two million Ukrainian refugees have arrived in Poland since 24 February and have been allowed to stay for up to 180 days and access the labor market, health care system, and social benefits (UNHCR, 29 March 2022; DW, 20 March 2022).

Fighting escalated along the Azerbaijan-Artsakh Line of Contact last week. On 24 March, Azerbaijani forces advanced to occupy Parukh village and the strategically important Karaglukh Heights in the Askeran region of Artsakh. Clashes between Artsakh and Azerbaijani forces continued on 25 March, with Azerbaijani forces using Bayraktar drones, killing three ethnic Armenian servicemen and wounding 14 others. On 27 March, the Russian Ministry of Defense reported that Azerbaijani troops withdrew from the village, though the Azerbaijani side has denounced this report as misinformation (Jam News, 28 March 2022). This violence contributed to the 165% increase in violence in the region over the past month relative to the past year flagged by ACLED’s Conflict Change Map, which first warned of increased violence to come in the region. Additionally, people continued to protest in Artsakh and Armenia, demanding that Azerbaijan restore gas supply to Artsakh. Following weeks of no heating during sub-zero temperatures in Artsakh, the gas supply was resumed on 28 March (News.am, 28 March 2022; OC-Media, 22 March 2022).