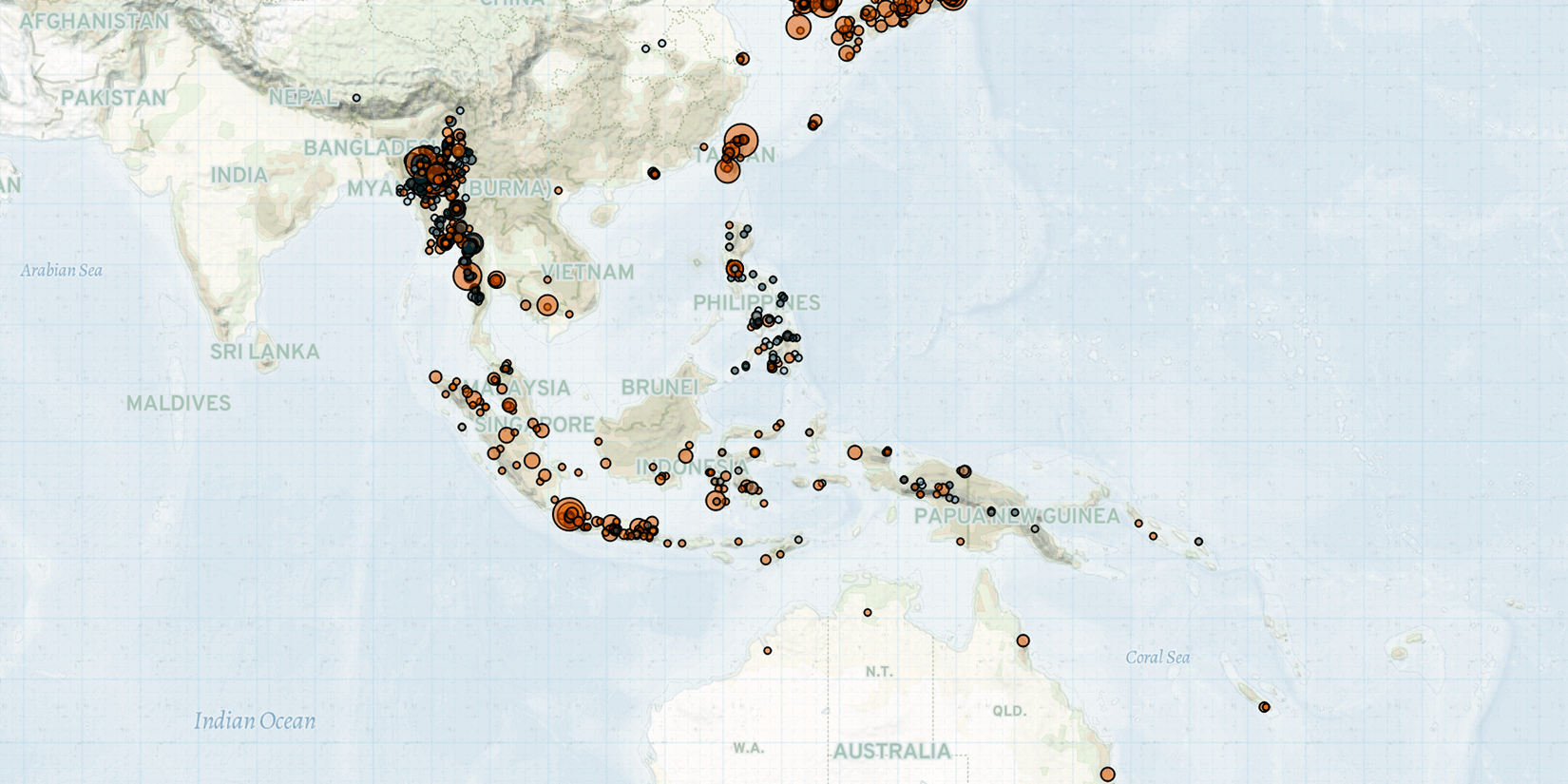 Last week in the East Asia Pacific region, fighting intensified between the Myanmar military and several local resistance and ethnic armed groups. Explosions and ambushed attacks targeting state forces occurred to mark Anti-Fascists Revolution Day on 27 March. In Indonesia, fighting between state forces and the separatist West Papua National Liberation Army (TPNPB) intensified. In the Philippines, armed clashes between state forces and the communist New People’s Army (NPA) rebels continued as the NPA marked its founding anniversary on 29 March. In Thailand, Malay Muslim separatists perpetrated two bomb attacks in the Deep South, while the Thai government and the Barisan Revolusi Nasional (BRN) held peace talks. In South Korea, there were multiple protests against the new administration’s planned abolishment of the Ministry of Gender Equality and Family. Demonstrations against COVID-19 restrictions were reported in China.

In Myanmar, fighting intensified between the Myanmar military and the Chinland Defense Force (CDF) in southern Chin state last week, amid the continued redeployment of military forces (BNI, 30 March 2022). The CDF clashed with military reinforcements traveling from Pakokku township in Magway region to Matupi township in Chin state at several locations on the Mindat-Matupi road. Dozens of fatalities were recorded across multiple days of fighting. Violence in Chin is both common and highly volatile; it is considered an area of ‘extreme risk’ by ACLED’s Volatility and Predictability Index.

Elsewhere, in Kayin state, clashes took place between the Karen National Union/Karen National Liberation Army (KNU/KNLA) and the military in southern Myawaddy township last week. Fighting intensified between a combined force of the KNU/KNLA and People’s Defense Force (PDF) on the one hand and an advancing column of military and Border Guard Forces (BGF) on the other on the Myawaddy-Wawlay Road (BNI, 29 March 2022). A KNU/KNLA spokesperson claims the heavy attacks were intended to split the KNU/KNLA and PDF (BNI, 30 March 2022). In neighboring Mon state, KNU/KNLA and PDF combined forces attacked military and police targets; during the ensuing clashes, the military shot dead two children under eight and injured other civilians who were traveling along the road where the clashes took place (The Network Media Group, 31 March 2022). Clashes between KNU/KNLA and PDF combined forces and state forces contribute to the 194% increase in violence in Kayin last month relative to the past year flagged by ACLED’s Subnational Threat Tracker. The Subnational Tracker first warned of increased violence to come in Kayin in the past month. Violence in Kayin is both common and highly volatile; like Chin, as well as nine other administrative territories in the country, Kayin is considered an area of ‘extreme risk’ by ACLED’s Volatility and Predictability Index.

Local resistance and unidentified armed groups also carried out grenade and bomb explosions targeting military forces, their businesses, and administration offices in several townships in Yangon and Mandalay regions, as well as in Chin and Kachin states last week. The attacks came ahead of the military’s commemoration of Armed Forces Day on 27 March. The day marks the Burmese resistance to Japanese occupation in 1945 — a day that resistance forces have taken to calling Anti-Fascist Revolution Day. Anti-coup protests marking the day were reported in Yangon, Sagaing, Mandalay, Tanintharyi, and Magway regions, and Kayin state. State forces arrested dozens of people who were accused of participating in the protest in Sanchaung township on the same day. Last year, over 100 demonstrators were killed by the military on that day.

In Indonesia, Papuan separatist activity increased in Papua province last week. Several incidents took place, including a grenade attack by the TPNPB against the military, armed clashes between the two sides, and a rebel assault against a school and a teacher. The rebels also attacked an Indonesian military officer at his house in Elelim district, Yalimo regency, killing him and his wife and cutting the fingers of the couple’s children (Tribunnews, 31 March 2022). However, a spokesperson for the TPNPB claims that the rebels were not involved and suspect it might be linked to the internal political conflicts in the regency (Suara Papua, 31 March 2022). This violence contributed to the 67% increase in violence in Indonesia last week relative to the past month flagged by ACLED’s Conflict Change Map, which first warned of increased violence to come in the country in the past month.

In the Philippines, fighting between state forces and the NPA continued last week, ahead of the NPA’s 53rd anniversary on 29 March. Clashes were reported in Central Luzon, Bicol, and Western Visayas, leading to three NPA fatalities. Meanwhile, the military was accused of killing a National Democratic Front (NDF) peace consultant on 27 March in Davao de Oro, Davao Region (Philippine Daily Inquirer, 29 March 2022). The peace consultant, who had been reported abducted weeks earlier, was supposed to enjoy protections guaranteed by the 1995 Joint Agreement on Safety and Immunity Guarantees (JASIG) between the NDF and the government (Karapatan, 31 March 2022). The military asserted, however, that the NDF peace consultant was an NPA militant and was killed in a clash (Philippine News Agency, 28 March 2022).

Meanwhile, several state-linked demonstrations condemning the Communist Party of the Philippines (CPP), NPA, and NDF were held as the NPA marked its founding anniversary. They were either directly organized by the military, police, and the National Task Force to End Local Communist Armed Conflict (NTF-ELCAC) or by organizations with close ties to the state security establishment.

In South Korea, demonstration events opposing the incoming government’s plan to dissolve the gender ministry increased last week. Coalitions of local civic and women’s rights activist groups took to the streets nationwide and urged the president-elect to retract his pledge to abolish the Ministry of Gender Equality and Family, noting the ministry’s role in realizing gender equality (NEWSIS, 30 March 2022; No Cut News, 1 April 2022). Similarly, women’s committees of the two largest labor unions, the Federation of Korean Trade Unions (FKTU) and the Korean Confederation of Trade Unions (KCTU), protested against the abolition while emphasizing existing gender discrimination against women workers (Newspim, 31 March 2022). Despite the backlash, the presidential transition committee has adhered to the original plan to reorganize the ministry (The Korea Herald, 27 March 2022).

In China, demonstrations against stringent COVID-19 lockdowns in Shanghai continued last week, as the government attempted to test all residents – 16 million people – for COVID-19 (PBS, 1 April 2022). Residents under quarantine rallied in their compounds to protest the difficulty in obtaining food, household items, and medications during the lockdown.