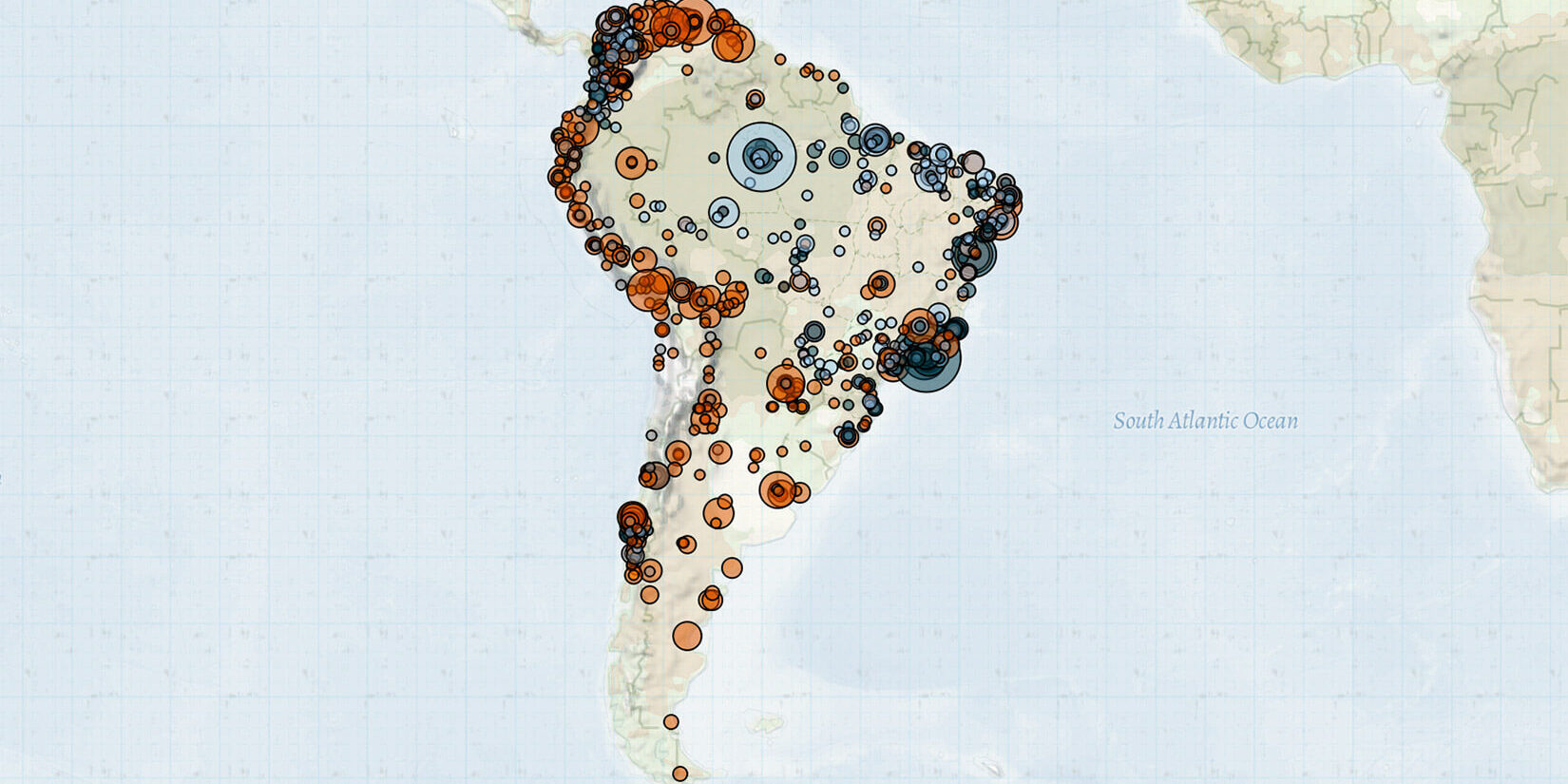 Last week in South America, heightened levels of violence continued in Chile as student demonstrations turned violent in Santiago and suspected Indigenous militia members attacked forestry workers and police in the southern regions. In Colombia, a local social leader was killed during a multiple-fatality clash between the Gulf Clan and police forces in Antioquia department. Meanwhile, several high-fatality events were recorded in Brazil.

In Colombia, the Gulf Clan clashed with police forces in the rural area of Vegachi in Antioquia department last week, resulting in the deaths of multiple Gulf Clan members and the arrests of five. However, residents reported that one of the presumed Gulf Clan members killed was, in fact, a well-known social leader in the area (El Colombiano, 24 May 2022). ACLED’s Subnational Threat Tracker first warned of increased violence to come in the Antioquia department in the past month. Violence in Antioquia is both common and highly volatile; it is considered an area of ‘extreme risk’ by ACLED’s Volatility and Risk Predictability Index.

In Brazil, dozens of people were killed in clashes between state forces and organized crime groups last week. In Rio de Janeiro city, military and federal police forces clashed with the Red Command (CV) in the Vila Cruzeiro community in the Penha Complex, resulting in the deaths of at least 26 people. The bodies of some of the dead displayed signs of torture, raising concerns about summary executions by state forces (G1, 26 May 2022). This is the deadliest event recorded by ACLED in Brazil in 2022. In May 2021, a police raid on the nearby Jacarezinho community left 28 people dead.

Elsewhere in Brazil, violence continued unabated in Pará state last week. Several targeted attacks against civilians and armed clashes between organized crime groups and military police across the state resulted in at least 27 fatalities last week. These trends contribute to the 144% increase in violence in the Pará state last month relative to the past year flagged by ACLED’s Subnational Threat Tracker, which first warned of increased violence to come in the state in the past month.

In Chile, heightened levels of violence continued last week as student demonstrations turned violent in Santiago and suspected Indigenous militia members attacked forestry workers in the southern regions. Events across the country contributed to the 67% increase in violence in Chile last month relative to the past year flagged by ACLED’s Conflict Change Map, which first warned of increased violence to come in the country in the past month.

In the Metropolitana region, a series of demonstrations were held in the capital Santiago, in which hundreds of students called for funds to be allocated in the national budget for food subsidies and structural improvements to public schools (EFE, 29 May 2022). Some demonstrators threw Molotov cocktails at police in front of the La Moneda governmental building, but no injuries or arrests were reported. Outbreaks of violent demonstration activity contributed to the 151% increase in violence in the Metropolitana region last month relative to the past year flagged by ACLED’s Subnational Threat Tracker. The Subnational Tracker first warned of increased violence to come in the Metropolitana region in the past month.

Meanwhile, Indigenous militia members continued to carry out attacks in the southern regions of Araucanía and Biobío last week. In the Araucanía region, suspected Indigenous militia members shot at a forestry truck transporting workers to a logging site near Lumaco last week. The attack left one worker dead and four wounded. The slain worker was later identified as Indigenous Mapuche. ACLED’s Subnational Threat & Surge Trackers first warned of increased violence to come in the Araucanía region in the past month. In the Biobío region, a group of people blocked roads with felled trees and damaged power lines on Route P-40 toward Lebu commune (Biobío Chile, 24 May 2022). On the same day, in a nearby location, unidentified armed individuals opened fire against police officers monitoring forestry operations in the commune of Arauco. ACLED’s Subnational Threat Tracker first warned of increased violence to come in the Biobío region in the past month. In response to the increase in violence, the government reinstated a state of emergency in some provinces of the Araucanía and Biobío regions on 16 May, allowing the military to patrol areas with high Indigenous militia activity (Biobío Chile, 16 May 2022).