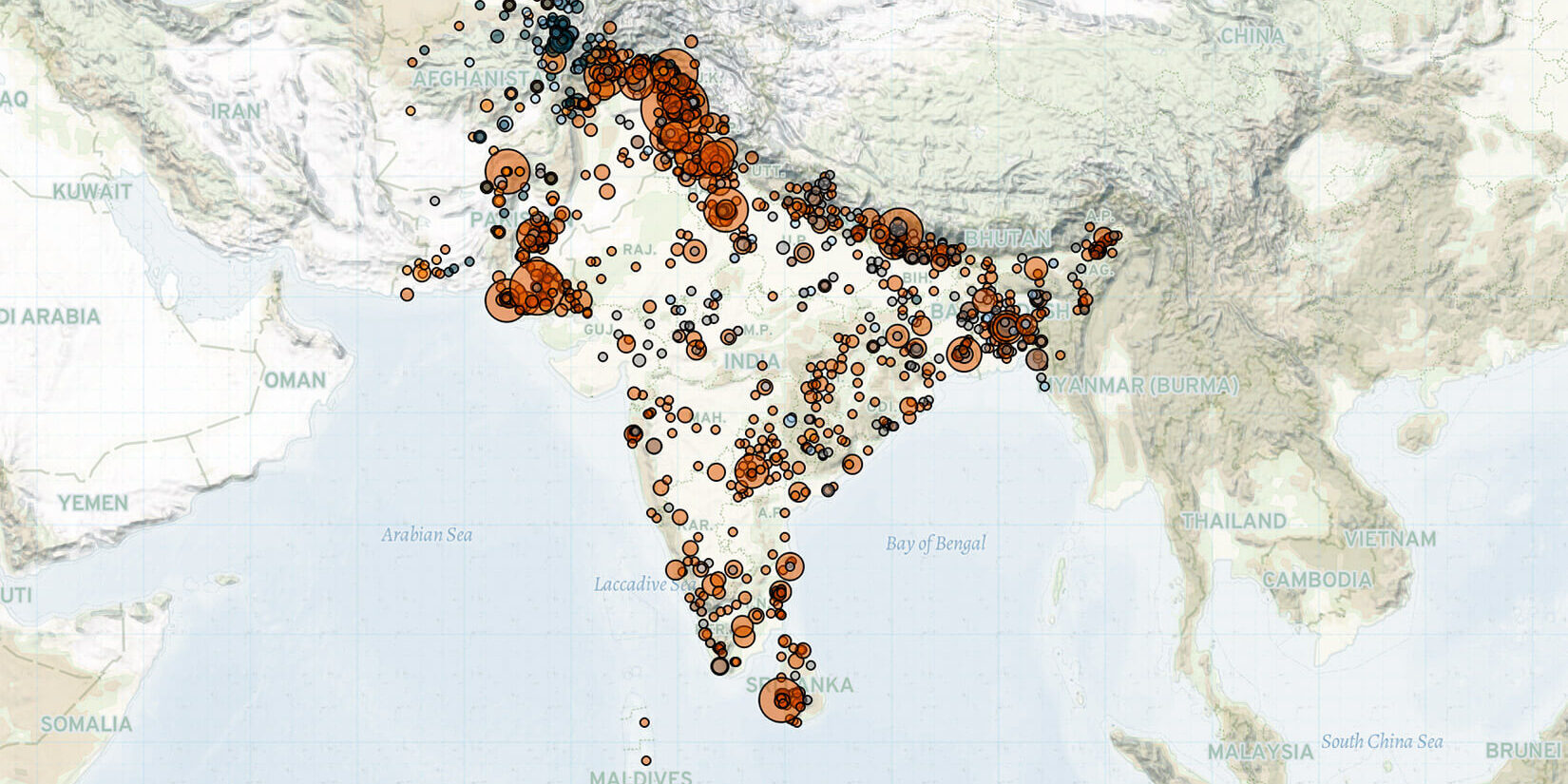 Last week in South Asia and Afghanistan, anti-Taliban groups and the Islamic State (IS) continued to attack the Taliban in Afghanistan as Taliban forces targeted civilians during their operations against the National Resistance Front (NRF). In Pakistan, Baloch separatists carried out remote explosive and direct attacks against security forces in Balochistan province, while IS and unknown groups clashed with security forces in Khyber Pakhtunkhwa. In India, security forces continued operations against militant groups in Jammu and Kashmir (J&K), while poll-related violence broke out in Tripura state ahead of by-poll elections on 23 June. Meanwhile, derogatory remarks regarding the Prophet Muhammad by two members of the Bharatiya Janata Party (BJP) prompted demonstrations in India, Bangladesh, and Pakistan. In Sri Lanka, demonstrations over fuel and cooking gas shortages continued amid the country’s worst economic crisis in decades.

In Afghanistan, anti-Taliban groups continued their assaults on the Taliban across the country last week. The majority of these clashes took place in Badakhshan, Baghlan, Balkh, Kandahar, Nuristan, Panjshir, and Parwan. In Nuristan, the NRF killed three Taliban members during an attack on a Taliban vehicle in Paroon district. This is only the second recorded attack against the Taliban in Nuristan province since the group assumed power last summer, following an attack by the Afghanistan Freedom Front (AFF) in April. Amid the ongoing NRF insurgency, the Taliban moved new troops to Panjshir and Kapisa provinces, reportedly evicting residents in the Sanjan area of Kapisa in order to use their houses as a military base (Hasht-e Subh, 10 June 2022). Additionally, the Taliban reportedly beheaded three NRF prisoners in Panjshir and killed civilians in Baghlan and Kapisa, accusing them of having links with the NRF. Taliban officials refuted these reports (TOLO News, 6 June 2022). ACLED’s Subnational Surge and Threat Trackers first warned of increased violence to come in both Kapisa and Panjshir in the past month.

Meanwhile, the Afghanistan Liberation Movement claimed the killing of a Taliban district intelligence director in Mussahi district of Kabul province as the AFF claimed the killing of a Taliban member in Kandahar city. IS also targeted the Taliban in Kabul city and Noorgal city in Kunar province, decreasing their attacks compared to the week prior.

In Pakistan, Baloch separatists, Islamist militants, and unknown armed groups clashed with state forces and carried out explosive attacks in Balochistan and Khyber Pakhtunkhwa provinces last week. These trends contributed to the 35% increase in violence in Pakistan in the past month relative to the past year flagged by ACLED’s Conflict Change Map, which first warned of increased violence to come in the country in the past month.

In Balochistan, Baloch separatists conducted remote explosive and direct attacks against security forces last week. Multiple fatalities were reported across separate attacks involving Baloch separatist groups, including the Baloch Liberation Army (BLA), the Baloch Liberation Front (BLF), and the Baloch Republican Army (BRA), in a number of districts. ACLED’s Subnational Surge Tracker first warned of increased violence to come in Balochistan in the past month, where violence is both common and highly volatile, making it an area of ‘extreme risk,’ as flagged by ACLED’s Volatility and Risk Predictability Index.

Elsewhere, in Khyber Pakhtunkhwa, IS and unknown groups engaged in armed clashes with security forces last week, resulting in multiple fatalities. While violence in Khyber Pakhtunkhwa has been common, it has become increasingly volatile, resulting in a shift from a place of ‘consistent risk’ to being considered an area of ‘extreme risk’ by ACLED’s Volatility and Risk Predictability Index.

Elsewhere in India, poll-related violence was reported in Tripura state last week, ahead of the by-poll elections scheduled to be held on 23 June. In Agartala city, assailants allegedly backed by the BJP assaulted Communist Party of India (Marxist) members while they were campaigning in the locality. The assault contributed to the 200% increase in violence in Tripura over the past week relative to the past month, as flagged by ACLED’s Subnational Surge Tracker.

Meanwhile, Muslim groups held demonstrations across several states and union territories in India last week over derogatory remarks about the Prophet Muhammad by two BJP members. While demonstrations were peaceful in some states, outbreaks of violence were reported in Uttar Pradesh, West Bengal, Bihar, and Jharkhand. In Uttar Pradesh, demonstrators clashed with police and set ablaze vehicles in Allahabad city, leaving at least 12 policemen and one Rapid Action Force (RAF) personnel injured. In Jharkhand, two people were killed during a clash between demonstrators and police in Ranchi after demonstrators torched and vandalized vehicles and shops. In West Bengal, 12 policemen were injured during a clash with demonstrators at Domjur town in Howrah district. The violence contributed to the 191% increase in violence in West Bengal over the past week relative to the past month, as flagged by ACLED’s Subnational Surge Tracker; the tool first warned of increased violence to come in Jharkhand in the past month.

In Sri Lanka, demonstrations over fuel and cooking gas shortages continued across several regions last week. Sri Lanka has been facing one of its worst economic crises in recent decades, with a deteriorating currency, regular power cuts, and acute shortages in fuel, pharmaceuticals, and cooking gas (Newsfirst, 14 March 2022). Meanwhile, former Finance Minister Basil Rajapaksa — the brother of President Gotabaya Rajapaksa — resigned from parliament last week. He is the second politician from the Rajapaksa family to step away from government amid the ongoing crisis after Mahinda Rajapaksa resigned as prime minister last month (Al Jazeera, 9 June 2022).