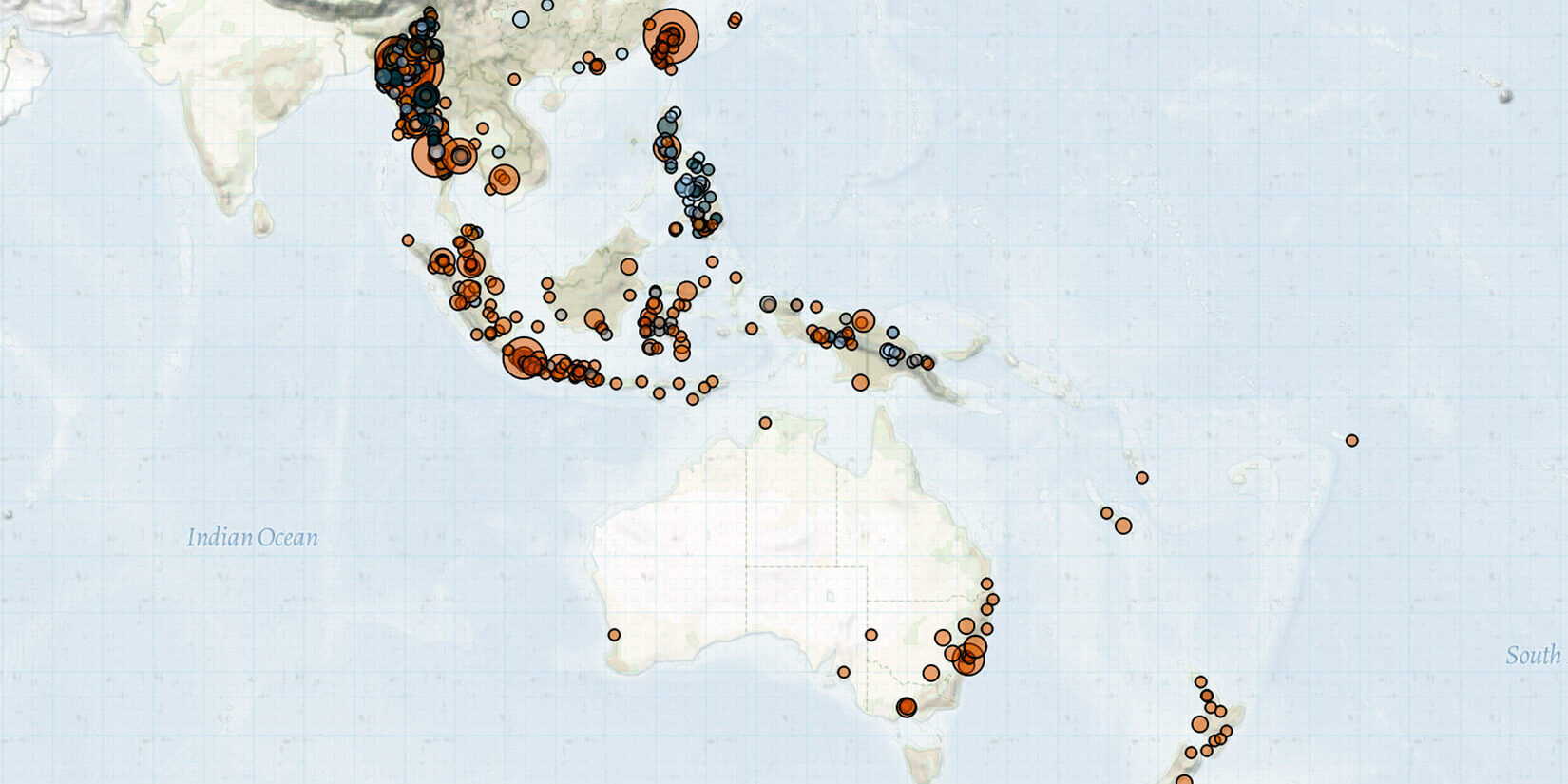 Last week in the East Asia Pacific region, fighting broke out between the military and local defense forces in central Myanmar. Anti-coup protests marking Daw Aung San Suu Kyi’s 77th birthday on 19 June were reported in Kachin state, as well as in Yangon, Mandalay, Sagaing, and Tanintharyi regions. In the Philippines, deadly clashes continued to be reported in Maguindanao, Bangsamoro Autonomous Region in Muslim Mindanao (BARMM), while an increase in violence involving communist rebels occurred across multiple regions. In Papua New Guinea, military forces claim to have discovered a newly formed illegal armed group amid ongoing violence in the run-up to the national elections scheduled to start on 4 July. In Indonesia, protests were reported both against and in favor of the government’s plan to create new administrative provinces in Papua.

Elsewhere, in Rakhine state, the military and the United League of Arakan/Arakan Army (ULA/AA) engaged in retaliatory arrests and abductions in multiple townships last week. The ULA/AA abducted three policemen, including a sub-lieutenant from Kyauktaw police station in Kyauktaw township on 20 June, a sergeant and three soldiers in Mrauk-U township on 21 June, and a military captain from the Sittwe-based battalion 354 in Sittwe township on 23 June. In response to the abductions, the military arrested over a hundred civilians in Rakhine state between 18 and 23 June, with the reason for the arrests not explicitly noted in media reports (Radio Free Asia, 23 June 2022). On 18 June, the military arrested 10 motorcycle drivers in Ponnagyun township after the ULA/AA abducted three military soldiers in the township two days prior. These trends contribute to the 250% increase in violence in Rakhine last week relative to the past month flagged by ACLED’s Subnational Surge Tracker. The Subnational Tracker first warned of increased violence to come in Rakhine in the past month.

Meanwhile, on 19 June, anti-coup activists commemorated Daw Aung San Suu Kyi’s 77th birthday with protests in Kachin state, as well as in Yangon, Mandalay, Sagaing, and Tanintharyi regions. On 22 June, Daw Aung San Suu Kyi was moved to a prison cell in Nay Pyi Taw as she continues to be tried by the military on politically motivated charges. She has been sentenced to 11 years in prison thus far after being convicted on six of 19 charges against her (Myanmar Now, 23 June 2022). The Cambodian Foreign Minister and special ASEAN envoy to Myanmar has urged the junta not to continue to detain her in prison (Reuters, 27 June 2022).

In the Philippines, seven militants were killed in a firefight with state forces last week in Barangay Mileb, Rajah Buayan, Maguindanao, BARMM. ​​According to state forces, the militants were either part of a private armed group or the Bangsamoro Islamic Freedom Fighters (PNA, 22 June 2022). One of the slain militants was also reported to be a member of the Moro Islamic Liberation Front (Rappler, 22 June 2022). This follows another deadly incident in Maguindanao the week before, during which at least nine were killed during an inter-clan clash. ACLED’s Subnational Threat Tracker first warned of increased violence to come in BARMM in the past month.

Meanwhile, there was a spike in violence involving the communist New People’s Army (NPA) last week. Attacks against civilians and clashes between the rebels and state forces were reported across multiple regions, including Western Visayas and Caraga. This violence contributed to the 26% increase in violence in the Philippines last week relative to the past month flagged by ACLED’s Conflict Change Map, which first warned of increased violence to come in the country in the past month.

In Papua New Guinea, military forces claim to have uncovered a newly formed illegal armed group in Hela province last week, just a week before the national elections are scheduled to start on 4 July. On 18 June, security forces confiscated boxes of police and military uniforms that had been chartered on a plane from Port Moresby to Hela province for the alleged use of an illegal group during the polling period (Post Courier, 24 June 2022). Provincial security forces have been placed on high alert following the discovery of the uniforms (Post Courier, 24 June 2022). Hela province has been a hot spot for firearms proliferation and violence in past decades (Asia Pacific Report, 25 June 2022). Meanwhile, attacks between supporters of rival candidates continued in Morobe and Western Highlands, causing injuries. ACLED’s Emerging Actor Tracker flagged at least six emerging actors in Papua New Guinea over the past month, presenting a possible increased risk to civilians.

The proposed creation of new provinces in Papua continued to fuel protest activity and division in Indonesia last week. Notably, two protest events, including the involvement of ethnic Papuans, were also recorded in Surakarta and Jakarta in support of the creation of new administrative provinces in Papua. The pro-proposal demonstrators argue that the plan is beneficial for the development of Papua (Tribunnews, 24 June 2022). As the government proposal advances, it continues to be one of the most contentious issues driving protests and political violence in the country. ACLED’s Subnational Surge Tracker has warned of a possible increase in violence to come in Papua.