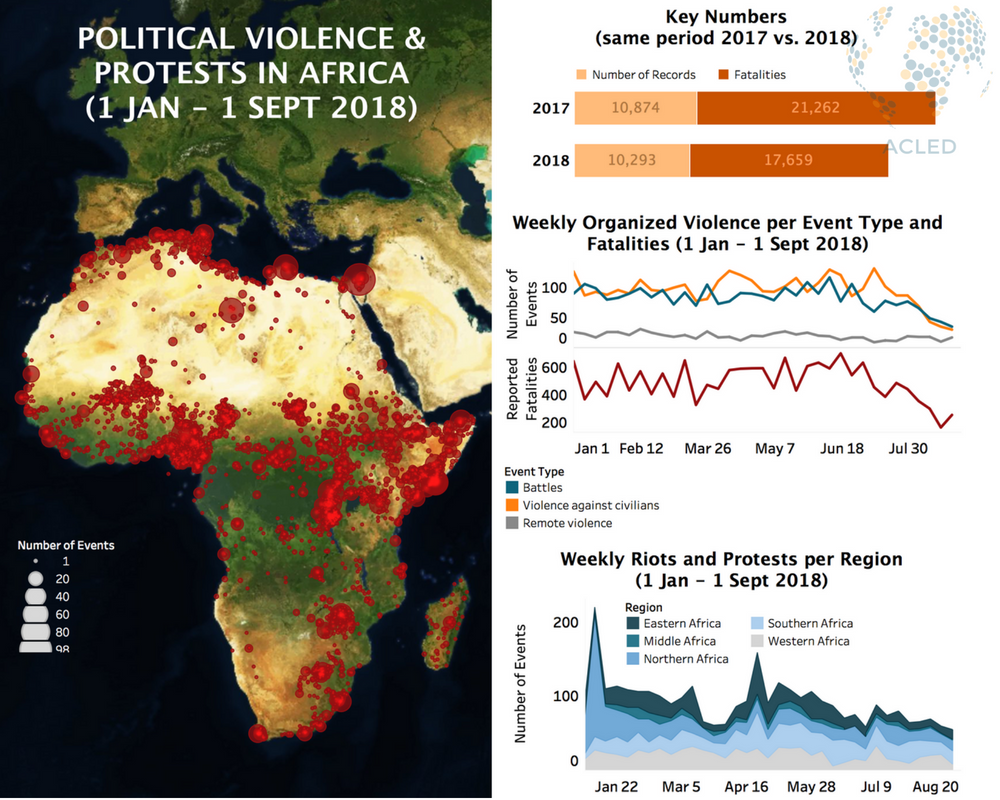 There was an overall downward trend in the levels of organised violence and protests on the African continent during the month of August 2018 compared to the rest of the year. There are fewer reported events than is typical for August based on previous years, but this pattern may still be reversed due to reporting…

Key developments in Africa on the week of June 10th include the prevailing tensions in CAR, the spread of ethnic violence in Ethiopia, the insurgencies in the Sudans, and the political disorder in Uganda and Zimbabwe. In the Central African Republic (CAR), efforts to tackle insecurity in areas dominated by armed groups were reinforced last…

Key developments in Africa on the week of June 3rd include the fragile situation in Ethiopia, where political and economic reforms are endangered by ethnic violence; the heavy campaign led by Al Shabaab during the Ramadan month in Somalia; the continued violence in CAR’s Bambari area and in Mozambique’s Cabo Delgado region; and other relevant…