How are civilians killed in Syria? 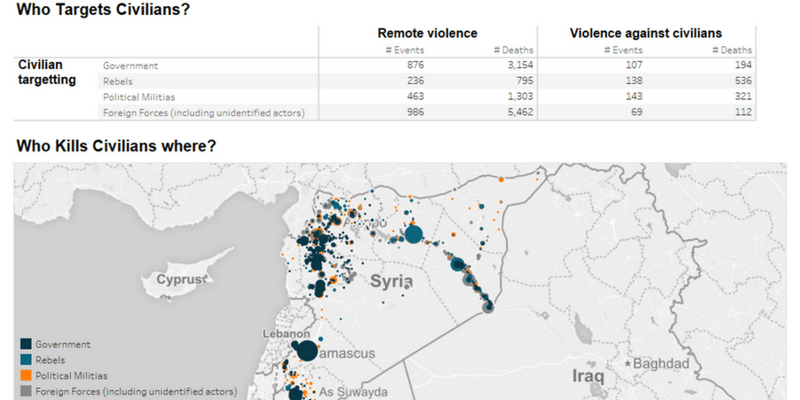 The measures and modes of civilian killing in Syria differ from most other conflicts. Specifically, direct civilian killing seems relatively uncommon at 2.4% of all recorded events, compared to 25-40% in a typical African conflict. What explains this?

Needless to say, that all this comes with an important disclaimer: there is absolutely no clarity on the exact number of people killed in Syria and we do not claim to be correct. Counting deaths is a highly complex endeavor requiring sustained research efforts and specialized methods to make credibly distinctions between combatant and civilian, account for reporting patterns and make reasonable assumptions about cases that are similar. Hence, at best our information on fatalities gives users a way to understand the means by which civilians are killed. But fatality data is highly suspect even in the best of cases. 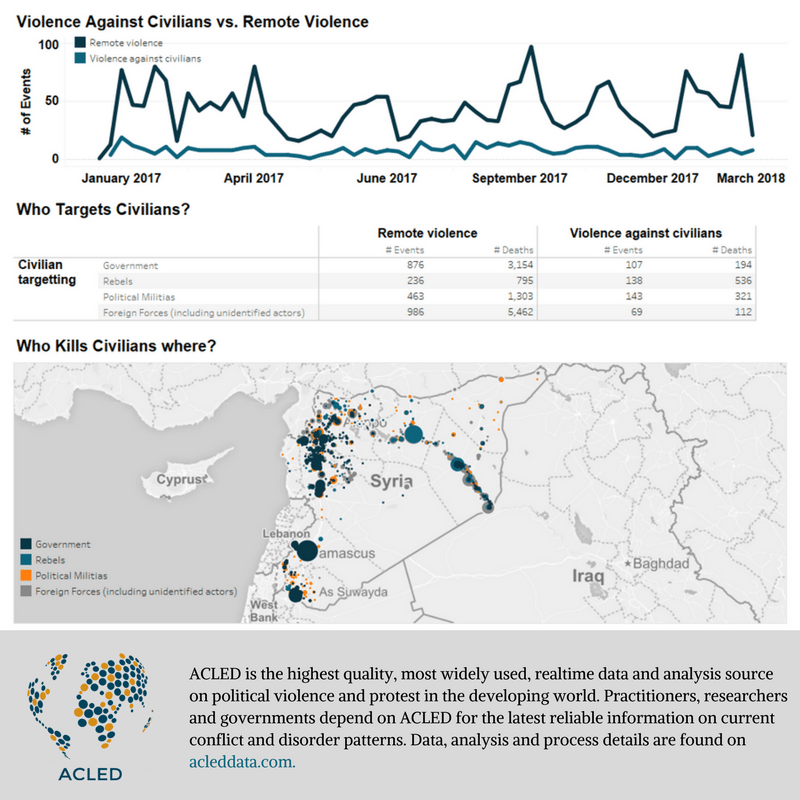