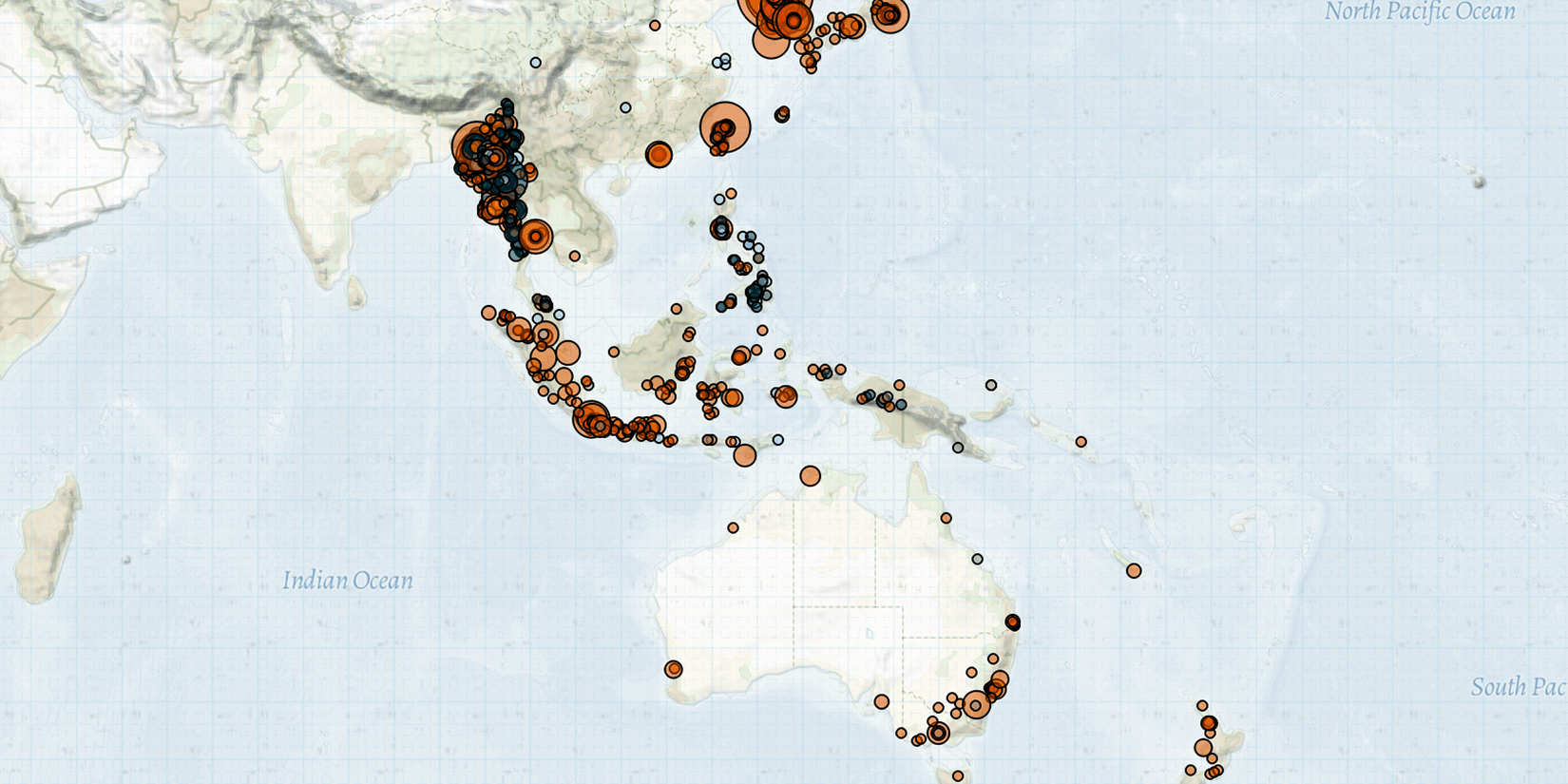 Last week in East Asia Pacific, anti-coup supporters in Myanmar launched a nationwide ‘Silent Strike’ on 1 February and staged protests to mark the first anniversary of the military coup. Pro-military rallies were also held to coincide with the anniversary, with state forces reportedly providing security at many of the rallies. Elsewhere, the military launched a deadly operation in Sagaing region, with reports of significant civilian fatalities. North Korea conducted the longest-range missile test since 2017, the latest in a spate of missile tests in 2022. In the Philippines, there was an increase in fighting between state forces and various Islamist groups in the Mindanao area. In Indonesia, fighting between state forces and the separatist West Papua National Liberation Army (TPNPB) was reported in Intan Jaya regency, Papua province. Also, in Indonesia, the shooting of a miner by a member of the military triggered unrest in Buru regency, Maluku province. In Thailand, there was an increase in separatist violence in the Deep South. Lastly, in Australia, activists demonstrated in the capital city against the vaccine mandate.

In Myanmar, anti-coup supporters staged a ‘Silent Strike’ on 1 February in a show of defiance to mark the first anniversary of the military coup. Businesses were shut and streets were emptied in many parts of Myanmar despite threats from the junta. The strike came despite the junta making dozens of arrests of people who expressed support for the ‘Silent Strike’ on social media platforms during the week prior (Irrawaddy, 2 February 2022). Anti-coup protests against the regime were also reported in Kachin state, as well as in Mandalay, Sagaing, and Yangon regions last week. Demonstrations in solidarity with anti-coup supporters were also reported in Japan and South Korea.

Meanwhile, on 31 January and 1 February, at least three dozen pro-coup rallies were reported in nine administrative territories in Myanmar. State forces reportedly provided security at many of the rallies, which anti-coup supporters claim were organized by the junta (Myanmar Pressphoto Agency, 31 January 2022). The rallies were reportedly attended by army veterans and family members of military personnel, among others, with some locals stating that they were threatened with a fine if they failed to join the rallies (DVB, 31 January 2022). Notably, in Tachileik town at the Thai-Myanmar border, a bomb exploded at a pro-coup rally, killing two protesters and injuring at least 37 others. No party has yet claimed responsibility for the attack (AP, 2 February 2022).

One year after the military seized power from Myanmar’s democratically-elected government on 1 February, the coup has led to an increase in violence across the country, with significant geographic expansion of conflict over the past year. According to ACLED’s Volatility and Risk Predictability Index, 10 out of 15 administrative territories in Myanmar are now classified as areas of ‘extreme risk’, where violence is both common and highly volatile. New local defense forces have continued to be formed, in response to the ongoing military violence following the coup, as flagged by ACLED’s Emerging Actor Tracker. Last week, in Sagaing region, military forces launched a deadly offensive in Pa Dat Taing village, Myinmu township, on 31 January, while a local defense group was reportedly holding a graduation ceremony for those who had completed their combat training program (RFA, 4 February 2022). The military deployed five helicopters and conducted airstrikes during the operation, occupying the village for the next four days. Civilian properties were razed, with dozens of civilians reportedly taken hostage by the military (Myanmar Now, 1 February 2022). The bodies of eleven civilians were found on 3 February after soldiers left the village. These trends contribute to a 134% increase in violence in the Sagaing region last month relative to the past year; ACLED’s Subnational Threat Tracker warned of increased violence to come in the region on multiple occasions last month.

In Kachin state, the Kachin Independence Organization/Kachin Independence Army (KIO/KIA) and People’s Defense Force (PDF) groups raided and attacked several military outposts in Mohnyin and Puta-O districts. In response, the military conducted aerial attacks in Puta-O township on 3 February, with civilian casualties reported. Overall, violence has increased by 55% in Myanmar in the past month, relative to the past year; ACLED’s Conflict Change Map warned of increased violence to come in the country on multiple occasions last month.

Last week in the Philippines, state forces clashed with various Islamist groups in Mindanao. Two Dawlah Islamiyah – Maguid Group militants, also known as the Ansar al-Khilafah or the Nilong Group, were killed by the military in South Cotabato on 31 January. Two days later, the Dawlah Islamiyah – Maute Group lost two militants in fighting against state forces in Lanao del Sur. Separately, on 31 January, military forces clashed with Abu Sayyaf militants leading to one death on each side. Various militant Islamist groups operate in the Southern Philippines. In the past decade, a number of these groups have pledged allegiance to the Islamic State ​​(International Crisis Group, 27 June 2019).

In Indonesia, last week, an armed clash between the separatist TPNPB and state forces took place in Sugapa district, Intan Jaya Regency, Papua province. The clash comes days after the TPNPB damaged water pipes serving a military post in Gome district, Puncak Regency, Papua province. Rebels also set fire to the house of a person who helped the military fix the damaged water pipes (Kompas, 31 January 2022). The TPNPB is known to target state infrastructure as part of their ongoing campaign against Indonesian control of Papua and West Papua provinces.

Also, in Indonesia, a soldier shot dead a miner over a land dispute in Waelata district, Buru regency, Maluku province, last week. After shooting the miner, the soldier also fired shots at locals who approached the location. In response to the shooting, a group of people burned a house and several vehicles. This is the second deadly incident associated with land disputes in Maluku province in the past month. A lack of proper land ownership registration in Indonesia continues to stir up land disputes involving civilians, corporations, and the government.

In Australia, anti-vaccination advocates organized a ‘Convoy to Canberra’ last week, inspired by the ‘Freedom Convoy’ rally being held in Ottawa, Canada. Hundreds of demonstrators, including truck drivers from across Australia, began gathering in Canberra on 31 January, setting up makeshift camps in the Parliamentary Triangle, an area of the city containing major government buildings (Guardian, 3 February 2022). Following a police attempt to remove the protest camp on 2 February, scuffles between police and demonstrators were reported, with police deploying pepper spray and arresting four demonstrators. Meanwhile, police recovered and seized a loaded, modified rifle and ammunition from a demonstrator’s vehicle on 4 February (9 News, 4 February 2022). Far-right ‘sovereign citizens,’ who refuse to recognize the Australian legal system, attended demonstrations in Canberra, waving Australian Red Ensign flags, which have been adopted by anti-lockdown and anti-government protesters (The New Daily, 7 February 2022).